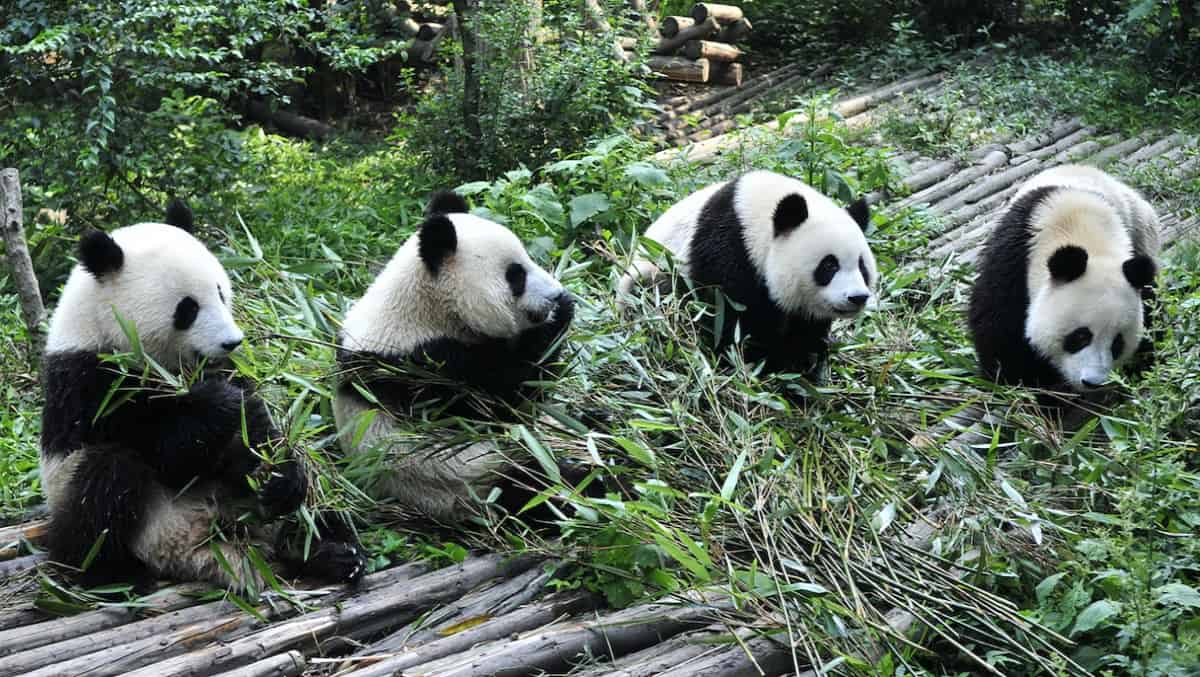 The panda is one of the world’s conservation success stories, and dedicated efforts to protect it also have benefited some other species, including ungulates, small carnivores, pheasants and songbirds.

Not all is rosy, however, with a study in the journal Nature revealing that populations of some key predators are becoming alarmingly low in the areas of China set up specifically to protect pandas.

And that, say the authors, highlights the inadequacy of single-species conservation efforts for diverse ecosystems, and the need for a more holistic approach.

Predators are vital for controlling prey and shaping the structure of ecosystems, says first author Sheng Li, from China’s Peking University, who has been working on panda and wildlife conservation for 20 years and became concerned about apex species.

“Loss or functional loss of large carnivores from their original ecosystems will not only destroy the community intactness and ecosystem integrity,” he says, “but may also cause remarkable trophic downgrading and various downstream effects.”

They determined each species’ historical records from the protected areas’ baseline survey reports from the 1950s to ’70s.

Dhole habitats dropped by 95% and wolf occupancy by 77%, signalling their possible functional extinction within the giant panda habitat range.

Leopard habitats fell by 81% and those of snow leopards by 38%, according to the estimations.

Most of the four species’ occupancy had dwindled to two of the larger protected areas spanning 2378 and 5658 square kilometres from 11 reserves in the Qinling Mountains and seven in the Qionglai Mountains, respectively.

The problem for large carnivores, Li explains, is that they have unique habitat needs due to ecological traits such as low reproductive rates, naturally low density and large home range. Panda reserves, typically 300 to 400 square kilometres, are thus woefully inadequate.

Other possible factors contributing to their decline include commercial and illegal logging, poaching of them and their prey and infection from diseases spread by domestic animals.

Addressing this issue will have broad benefits, Li says.

“Restoring large carnivore populations and trophic complexity to giant panda habitats will increase the resilience and sustainability not only for giant pandas but also for other wild species.”

The authors suggest a “multispecies umbrella approach” that includes the large predators, more broadly accounting for the needs of co-existing wild species.

A proposed Giant Panda National Park to be established this year, spanning 27,134 square kilometres across four mountain ranges, offers some hope, Li says, providing a “unique opportunity to coordinate strategies and policies at a regional scale”.

Some of these could include restoring habitats and increasing their connectivity, knuckling down on poaching and restricting livestock numbers within protected areas.

Originally published by Cosmos as Pandas doing well, but predators at risk