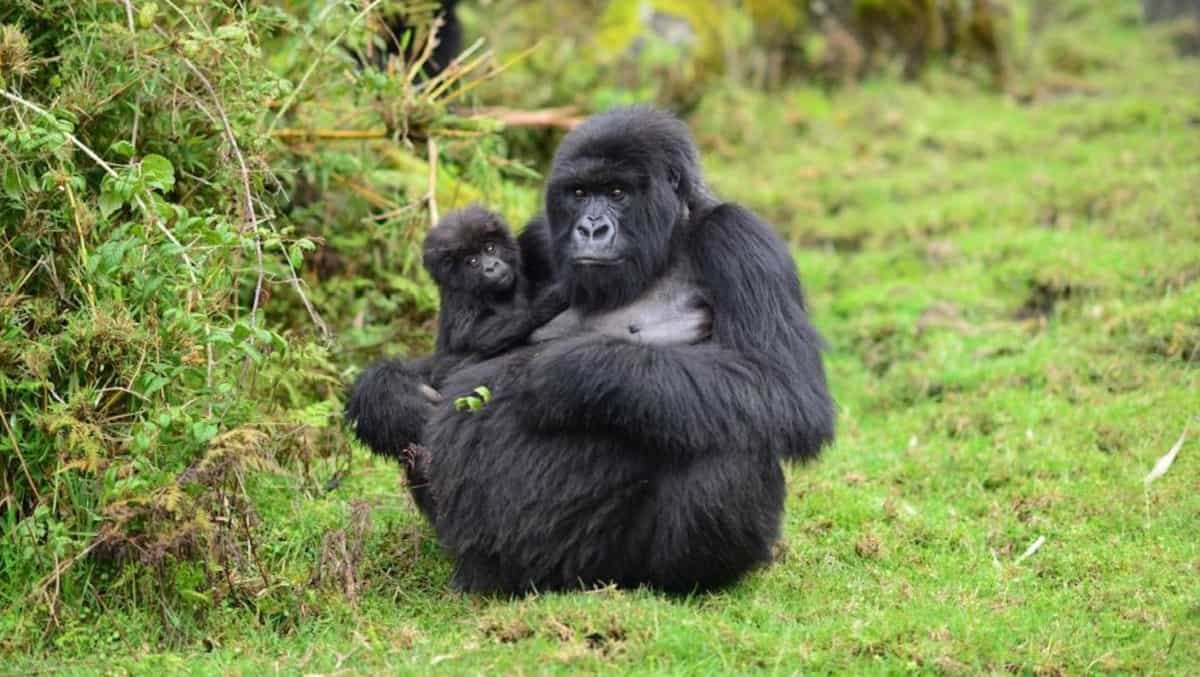 A mountain gorilla and baby in Rwanda. Credit: Edward Wright
More on:
animals

Body size is an important factor determining fighting ability in many animals and previous studies have shown it influences dominance rank in male mountain gorillas – which often weigh in at around 200 kilograms.

They combined dominance rank data from behavioural observations, which have been conducted daily since 2000, with estimates of back breadth and body length for each adult female, calculated non-invasively using a frame-mounted with lasers and a digital camera.

The results suggest that factors other than physical strength, such as age or group tenure, are more important in determining the dominance hierarchy of female mountain gorillas.

“Moreover, these results suggest that female dominance rank may not strongly reflect (current) fighting ability or that larger females do not often challenge smaller higher-ranking ones,” the researchers write in a paper in the journal PLOS ONE.

“These results are similar to those for female chimpanzees, which do not tend to aggressively challenge rank positions and have stable long-term dominance relationships that are, at least in part, dependent on group tenure length.”

Dominance rank still offers reproductive benefits, however, even for a species with an abundant, year-round supply of food. The researchers found high-ranking females produced offspring more frequently, perhaps as a result of preferential access to males.

“Females must balance the need to begin reproducing as early as possible against attaining sufficient body size to optimise reproduction across the lifespan and maximising survivorship,” their paper concludes.

“An interesting question is whether body size correlates with longevity, because higher-ranking female mountain gorillas live longer than lower-ranking ones and consequently they produce more surviving offspring over the lifespan, resulting in higher lifetime reproductive success.”