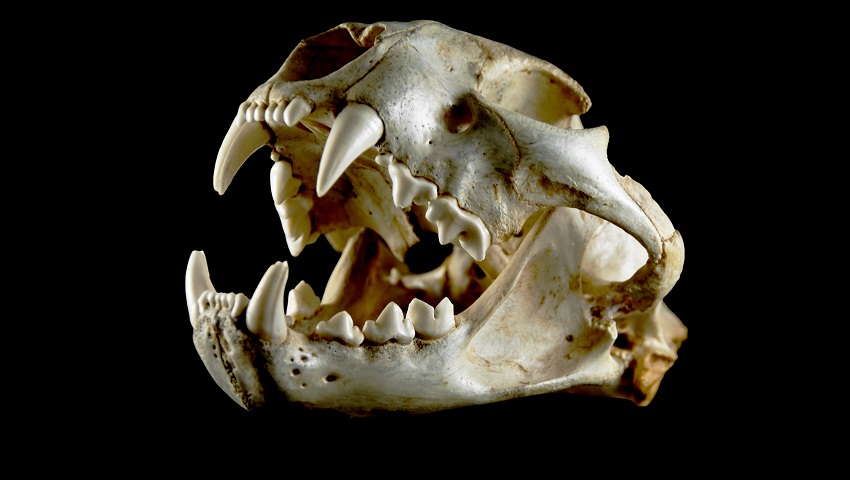 Have you ever wondered how pointed shapes are made in nature, like animal teeth and horns? Australian scientists have found the process is governed by a simple mathematical pattern.

The formula applies to shapes as diverse as vertebrate teeth, including giant sharks, tyrannosaurs, mammoths, sabre-tooth cats and humans, as well as claws, horns, antlers, beaks, fangs, and shells of other animals and dinosaurs. It could even help predict plant thorns and prickles.

It’s based on a ‘power law’, according to Alistair Evans from Monash University, lead author of a new paper in the journal BMC Biology, which describes a straight-line relationship between the length of the structure and its width when taking the logarithm of both.

“This means we have a new rule of nature, working in parallel with other rules or ‘laws’ like logarithmic spiral growth,” he says.

“The diversity of animals, and even plants, that follow this rule is staggering. We were quite shocked that we found it almost everywhere we looked across the kingdoms of life – in living animals and those extinct for millions of years.”

More than 350 years ago, mathematician Sir Christopher Wren – the designer of London’s St Paul’s Cathedral – suggested shells grow like a cone twisting around a logarithmic spiral. Evans and colleagues say they’ve now explained a missing piece of the puzzle. They call the new pattern a ‘power cascade’.

“This describes how the shape of the tooth ‘cascades’ down the sides of the tooth following a power law,” Evans explains.

The group took scans of various biological shapes using medical, microCT and 3D laser surface scanners. Using this process they measured hundreds of structures on the computer to first find the pattern and then test how broadly it applies.

The formula has many possible applications, like predicting patterns of evolution or working out how old elephants are from their tusks.

“The power cascade shape is very easy for animals and plants to generate as they grow,” says Evans, “so whenever a new structure is made, it will most likely grow according to the shape of the power cascade.”

It could even help predict what mythical creatures could look like, he adds, such as dragons from Game of Thrones or the magical beasts in Harry Potter.