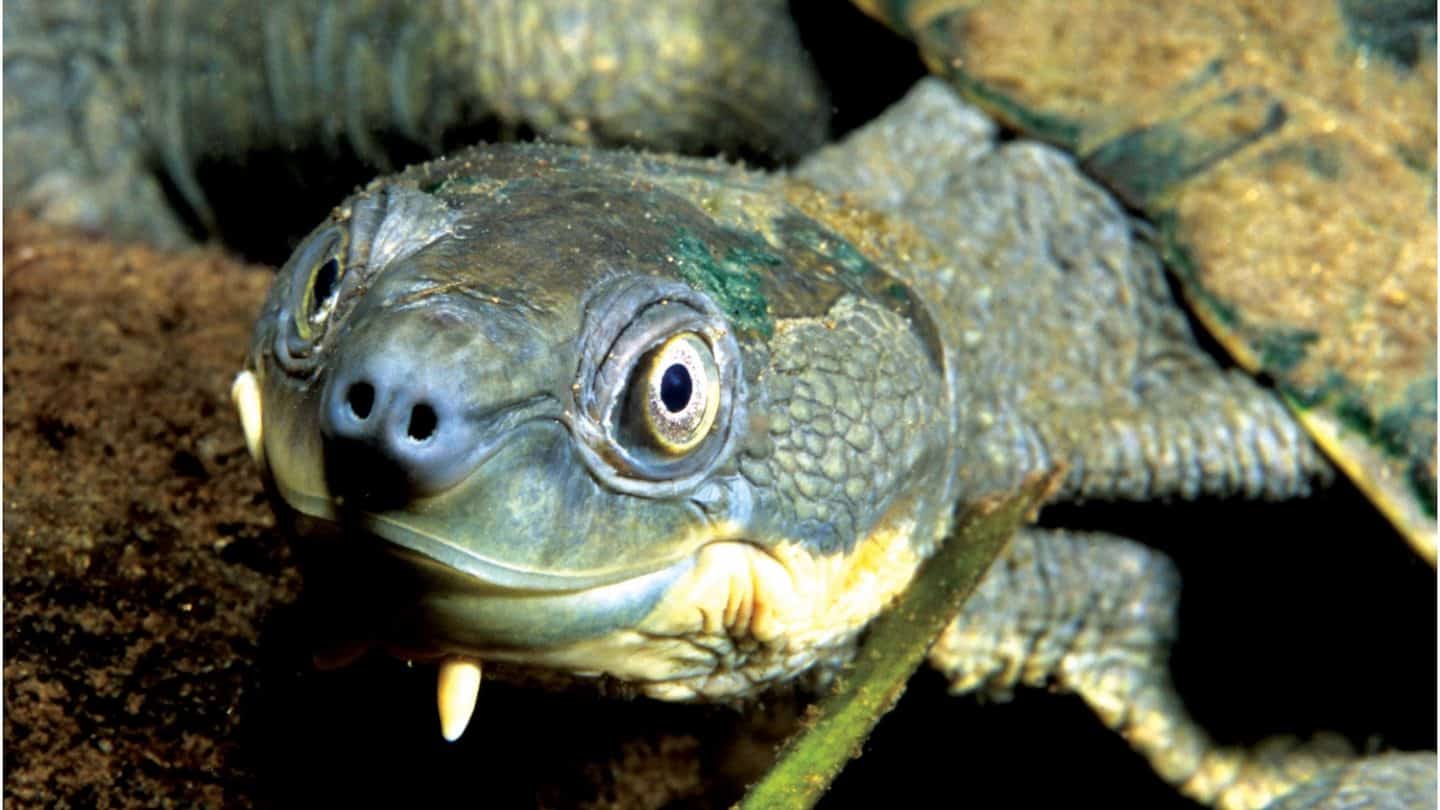 It was a warm February evening in 2015 and Sydney’s Taronga Zoo had emptied of visitors for the day. But behind closed gates, Karrie Rose and her team were gearing up for a long night. Their task: to find out what was killing the rare Bellinger River snapping turtle (Myuchelys georgesi).

Two days earlier, the NSW Office of Environment and Heritage (OEH) had launched an investigation following reports from kayakers of sick and dead turtles. Whatever had turned their home, five hours’ drive north of Sydney, into a killing field looked like it could push the species to extinction in a matter of weeks.

The 20 snapping turtles that landed on Rose’s doorstep were blinded and covered in ulcers, emaciated and lethargic. Their prognosis was grim.

“It was really dramatic,” said Rose, head wildlife vet at the Australian Registry of Wildlife Health at Taronga Conservation Society. “I’d never seen anything that acted that quickly in the wild.”

Into the early hours of the morning, Rose and her team measured, photographed and dissected the turtles to glean as much information as they could about the mysterious illness that was leaving two other species of turtle in the river unscathed.

The disease, Rose thought, had all the hallmarks of an infection. “It was highly inflammatory,” she said, “so it really suggested that there was an infectious agent in there.” Finding no signs of bacteria, fungi or parasites, she narrowed her focus to ranavirus, which had been implicated in mass mortality events in other turtle populations.

To test her hunch, and every other possibility, diagnostic and research labs around the country were enlisted to assist in the reptilian whodunit. As a result, ranavirus and an array of other known diseases were quickly ruled out.

One of the recipients of turtle blood, snot and body organs was Peter Kirkland, an animal virologist at the Elizabeth Macarthur Agricultural Institute in Menangle, an hour south-west of Sydney. Within weeks, Kirkland’s team had coaxed viral particles to blossom in flasks of cells inoculated with diseased turtle tissue. From the virus-laden flasks, they were able to extract and then sequence the virus’s genetic essence – its nucleic acids.

Kirkland not only discovered that the virus was completely new to science, he also was able to fashion a rapid diagnostic test for the illness, now known as Bellinger River Virus. To check that it was the virus that was making the turtles sick, his team tested the tissue samples Rose had sent him. Some samples, he said, had “extremely large quantities of the virus”.

The test quickly became a central tool in parallel efforts set in motion just days after the first reports of dying turtles came in. The goal was to prevent annihilation of the remaining snapping turtles and save the species from extinction.

During the rescue mission, coordinated by a recovery team at the OEH, park rangers and biologists scoured the turtle’s habitat. As the death toll climbed to several hundred – a devastating blow to a population of only a few thousand – 17 healthy looking turtles were spirited away to hastily constructed quarantine facilities at Western Sydney University, under the care of turtle ecologist Ricky Spencer.

The turtles remained healthy, and Kirkland’s diagnostic test eventually confirmed they were free of the virus that he’d isolated in his lab. Also virus free are 53 turtle hatchlings – and counting. The medallion-sized youngsters are the products of an unexpectedly successful captive breeding program established at Taronga Zoo with 16 of the survivors.

“They are the future for these animals,” said Adam Skidmore, a reptile keeper who oversees the Taronga program. A second insurance population also has been established at Symbio Wildlife Park in Helensburgh, about 45 kilometres south of Sydney’s CBD.

While the turtles thrive in their artificial ponds – away from hungry foxes, and with a plentiful supply of food – the future of the snapping turtle back in its home hangs in the balance. Nobody can say where the virus came from – “the million dollar question,” said Kirkland – or whether it lingers still in the waters of the Bellinger.

Regardless, the OEH recovery team is already gearing up to release 10 of Skidmore’s turtles into the Bellinger River this summer, where they will be periodically tested for signs of the virus.

They won’t be alone. In a bizarre twist, biologists monitoring the river discovered that the virus took out virtually all the adults but left juvenile turtles unharmed. “Were they infected, or were they just not exposed?” asked Rose. Kirkland is working on a test to answer that question.

If it turns out that juveniles can withstand infection and develop immunity, then careful inoculation of youngsters prior to release could safeguard them against future outbreaks.

Protecting the population will require more than just ensuring the river is disease free. It’s likely that other factors – droughts sparked by climate change, say, or a diminishing food supply – helped create a “perfect storm” that led to the outbreak being so deadly. “It’s rarely just one thing,” said Rose, who has seen an uptick in wildlife outbreaks in recent years. “It’s a trend that’s happening globally.”

Devastating disease isn’t the only threat to the survival of the species. Another, and perhaps more immediate danger comes from one of its close relatives, the Murray River short-necked turtle (Emydura macquarii). Since the outbreak, this interloper has thrived in the Bellinger River – more so, perhaps, than in its native habitat west of the Great Dividing Range, where its populations are dwindling.

The two turtles can interbreed to produce genetic hybrids. That’s bad news for the snapping turtle, because repeated hybridisation with the now abundant short-necked turtles could send it down a slow path to oblivion.

Decisions will need to be made quickly. Juveniles in the Bellinger River are approaching their breeding age of eight-to-ten years, so working out how to manage the short-necked turtles will be “critical”, says Gerry McGilvray, who heads snapping turtle recovery efforts at the OEH. She’s convening an expert workshop early in 2019 to come up with a plan.

For Spencer, the solution, from an ecological point of view, is a no-brainer: “You take [the short-necked turtles] out and euthanase them.” But, he says, with a public that’s often loath to kill any wildlife – introduced or otherwise – “conservation biology is a little bit more than just ecology”.

Originally published by Cosmos as A tale of two turtles