Home ■ Core Sciences ■ Mathematics ■ What is it like to play against a computer? 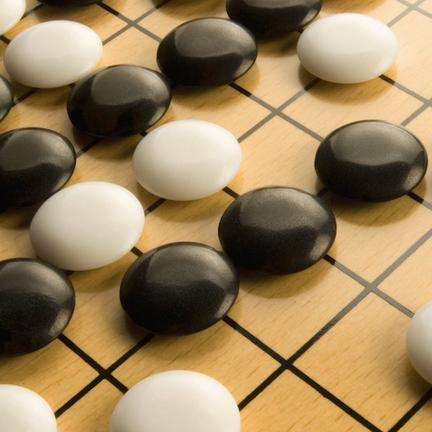 “Go is considered to be the pinnacle of game AI research,” artificial intelligence researcher Demis Hassabis of Google DeepMind, the British company that developed the AlphaGo program, said.

“It’s been the grand challenge, or holy grail if you like, of AI since Deep Blue beat Kasparov at chess.”

Not only did AlphaGo win, it trounced European champion Fan Hui five-nil. When asked what it was like playing the program, Fan said he would’ve thought AlphaGo was a person if he wasn’t told it was a computer, but described it as “a little strange”.

Other Go experts thought its behaviour was more than strange, with the British Go Association’s Toby Manning declaring its quick moves and eerie calm distinctly non-human.

So, given it doesn’t play exactly like a human, is it really intelligent?

“When it comes to game playing, the criterion has always been to beat humans, not mimic them,” says Kevin Korb, an AI researcher at Monash University in Melbourne. Most AI researchers tend to pick a task and try to get a computer to do it as well as a human – or better – rather than try to fool a person into thinking the computer is another person.

And even though being human isn’t always the best course of action – we can get tired, for instance – there are human elements to AlphaGo’s processes, says Toby Walsh, AI researcher at the University of New South Wales.

To understand AlphaGo, we need to know basics of Go.

It’s the oldest board game played today and the aim is straightforward: secure territory. Players place black and white stones on a 19 x 19 grid. When a stone is surrounded by the opponent’s stones, it is taken off the board. Once a player has covered 50% of the board, they win.

There are more Go board configurations than atoms in the Universe.

Sounds simple, but when you drill down a bit, it’s anything but.

As with chess, Go is a game of “perfect information”, which means players can see every move and know where every piece lies. But unlike chess, where players might have 25 options at each turn and programs can “think” four or five moves ahead, there are hundreds of options each move in Go.

This posed the first problem for artificial intelligence researchers. There are more Go board configurations than atoms in the Universe. Computer processers are nowhere near powerful enough to run through them all.

So, instead of trying to work through every possible scenario, AlphaGo uses what’s called Monte Carlo tree search. It samples a few of the most promising moves and runs through those scenarios. Clever, maybe, but that’s not the way humans play the game.

“If you ask a great Go player how it is they decided on a move, they’ll often tell you it felt right,” says Hassabis.

The second problem is that it’s hard for a novice eye to tell if they’re winning or not. With chess, players can glance at the board and see who’s in the stronger position. But Go is less obvious.

This is the more perceptive – perhaps more human – side to the program, Walsh says. So AlphaGo’s code included deep learning to assess the quality of its positions and its board, and discover and develop its own strategies. David Silver, a DeepMind computer scientist, describes it as “more akin to imagination”.

Even so, AlphaGo’s victory surprised even those closest to it. “It was stronger than perhaps we were even expecting,” Hassabis said.

AlphaGo’s next challenger is world Go champion Lee Sedol in March. But even if Sedol wins, it’s only a matter of time before even he is superseded. Advances in computer processing mean faster and more comprehensive searches, Walsh says.

“If I were earning my income as a Go grandmaster, I’d start looking into a second job!”