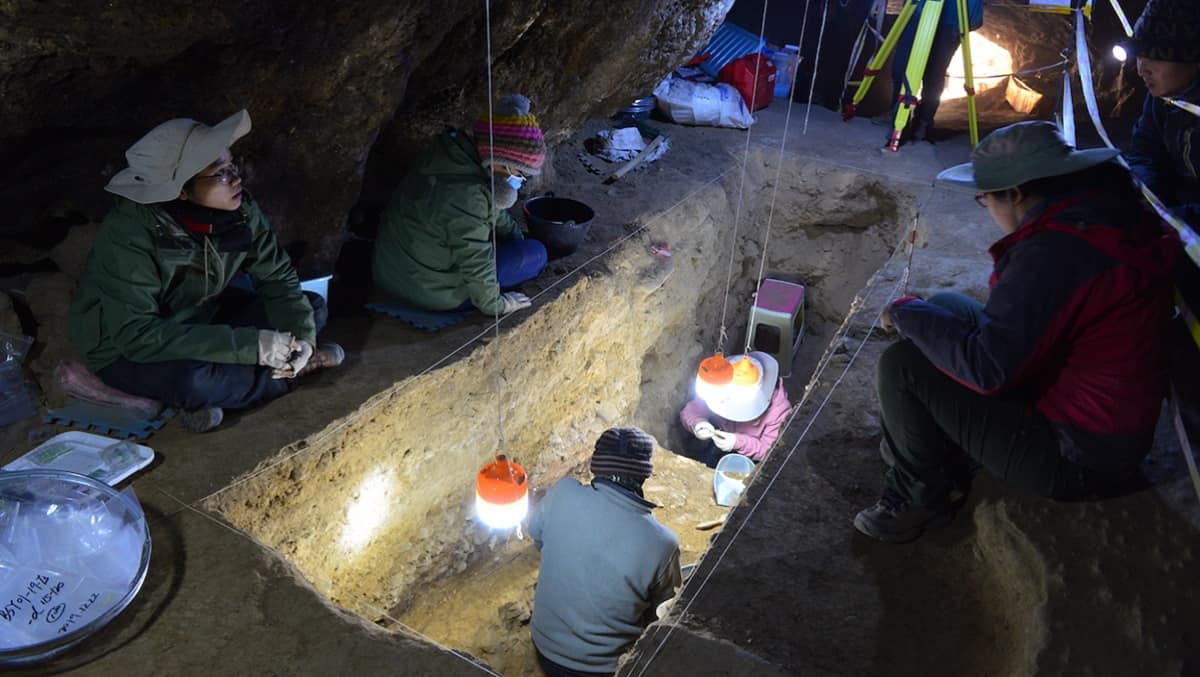 DNA evidence has confirmed that a cave on the Tibetan Plateau was once home to Denisovans, an ancient species of humans whose remains had previously only been found in Siberia.

The research, led by China’s Lanzhou University and published in the journal Science, shows that these close cousins of Neanderthals occupied the cave from at least 100,000 years ago – possibly as far back as 190,000 years ago – and used it until at least 60,000 years ago.

This has interesting implications for the timing and movement of hominins through Asia.

“We have known that some modern human genomes contain fragments of DNA from Denisovans, suggesting that this species of human must have been widespread in Asia,” says Bo Li, co-author and dating specialist from the University of Wollongong in Australia.

Denisovan DNA is found in a higher percentage in Austronesian populations, including Melanesians, Aboriginal Australians, and Papuans.

Actual physical remains of Denisovans are exceedingly rare, however: limited to teeth and some bone fragments in a single cave in Siberia.

Recently, a mandible (lower jawbone) was recovered from the Baishiya Karst Cave on the Tibetan Plateau, 2800 kilometres away. A 2019 study tenuously identified the mandible as Denisovan based on a single amino acid position, but researchers wanted harder evidence and so embarked upon deeper studies of the cave site.

The international team, including archaeologists, geologists and geneticists from China, Germany, the US and Australia, did not find further hominin bones, but did find Denisovan DNA within the soil of the cave. They also discovered a rich deposit of charcoal from fires, animal bones including from rhinos and hyenas, and 1310 simple stone tools.

Li, who led the dating process with colleagues from the University of Wollongong, explains how the team was able to extract genetic information not from fossils, but from the cave’s soil.

“We detected ancient human fragments that matched mitochondrial DNA associated with Denisovans in four different layers of sediment deposited around 100,000 and 60,000 years ago,” he says.

Together, the DNA and artefacts constitute firm evidence for the long-term habitation of Denisovans on the Tibetan Plateau.

Since this new site is not only geographically distant from the Siberian cave but also at a much higher altitude – 3280 metres above sea level – these ancient hominins likely lived across a range of environments and were far more widespread than current physical evidence represents.

This also indicates that the mixture of Denisovan genes into other hominin populations may have contributed to the high-altitude adaptations seen in modern Tibetan people.