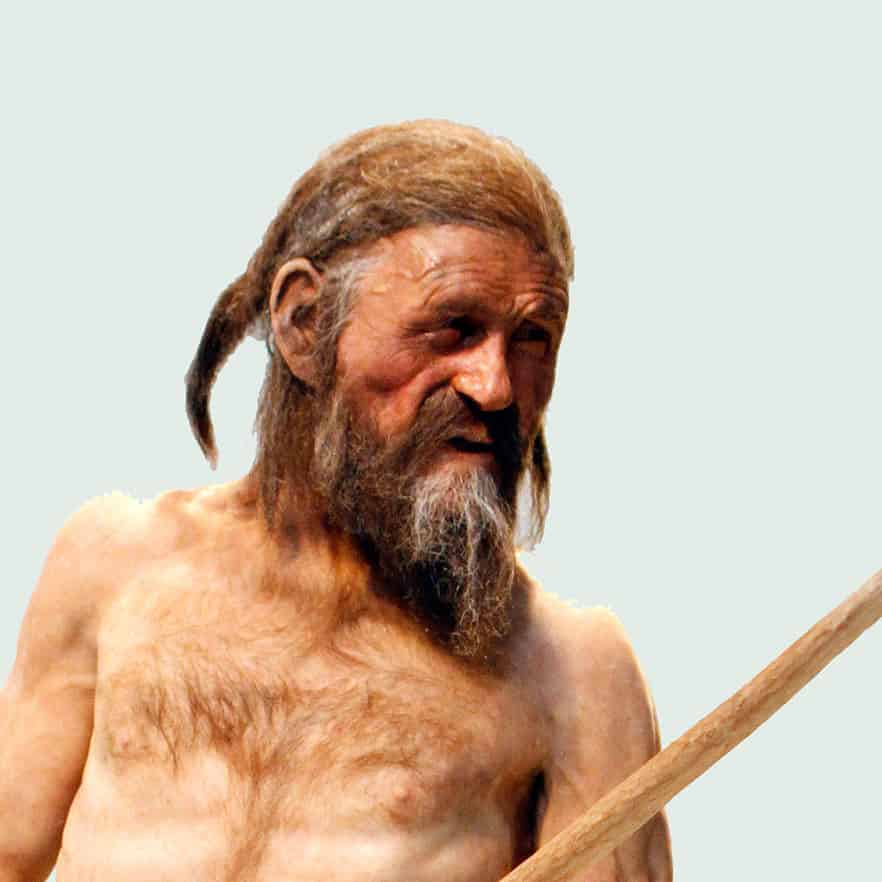 A reconstruction of Oetzi the Iceman, a close relation to the ancient farmers who came to Europe. Credit: ANDREA SOLERO/AFP/GETTY IMAGES

Archaeologists have debated for decades the origins of Europe’s earliest farmers but, thanks to genetics, we now have a definitive answer – around the Aegean Sea in what is now Greece and northwestern Turkey.

And contrary to previous theories that only the idea of farming was spread into the European continent, the latest study shows there was in fact large movements of people associated with it.

These migrations appear to have occurred in two separate waves about 8,000 years ago – northward into central Europe and westward along the coastline to Spain.

The ancient farmers found a continent still dominated at the time by hunter-gatherers. The newcomers eventually mixed with the hunter-gatherers – and a third population thought to have arrived from the eastern steppes about 5,000 years ago – to become modern Europeans.

The findings were published in the Proceedings of the National Academy of Science.

Joachim Burger of Johannes Gutenberg University in Mainz, one of the study’s authors, now wants to investigate whether the Aegean farmers can be linked directly to populations further southeast in the Fertile Crescent stretching from Syria to southwest Iran, where agriculture is known to have first emerged more than 10,000 years ago.

Based on the ancient Aegean farmers’ DNA, they were relatively fair-skinned with dark eyes and were lactose intolerant – an ability to digest milk after childhood only developed in Europe later.

They also appear to be closely related to Oetzi the Iceman, whose well-preserved remains were found on a glacier on the border between Austria and Italy.

Originally published by Cosmos as Agriculture brought to Europe by farmers