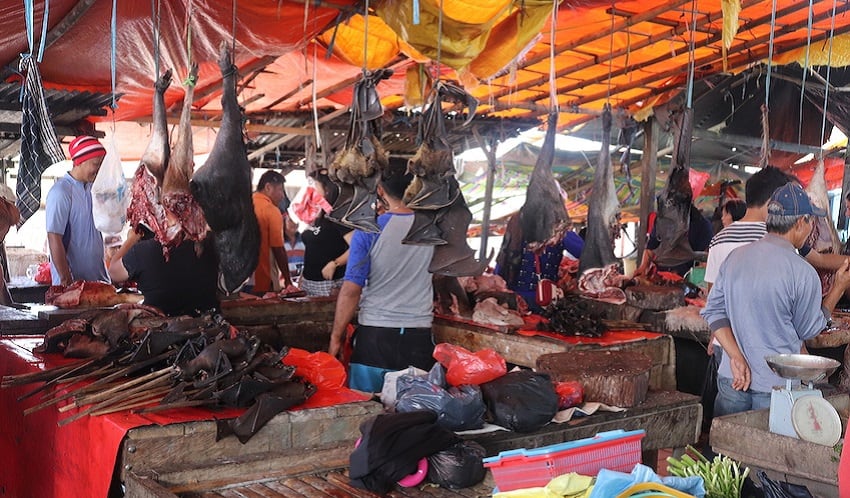 Zoonotic diseases – those transmitted from animals to humans – are quickly becoming one of the world’s biggest public health challenges, according to new research published, with impeccable timing, in the journal Proceedings of the Royal Society B.

Exploring this, the global study found that wildlife exploitation through hunting, trade, habitat destruction and urbanisation has not only endangered animals, it has also increased the risk of viruses spilling over to humans.

This adds to the existing problem with domesticated animals such as livestock, which historically have shared eight times more viruses with humans than wild mammalian species.

“Infectious diseases emerging from wildlife are increasing at a rate that is faster than ever,” says lead author Christine Johnson, from the UC Davis School of Veterinary Medicine, US. “In an unfortunate convergence of many factors, this brings about the kind of mess we’re in now.”

The need to understand this is clearly becoming more urgent, she says.

Many studies have looked at it from the virus perspective, and some have investigated host factors, but none had yet examined how trends in species abundance could be driving spillover risk.

Johnson’s team collated a large database of the 142 known viruses to have been transmitted from animals to humans and their mammalian hosts.

They then used the IUCN Red List of Threatened Species to align the data with global trends in species’ population dynamics and reasons for those trends.

On the one hand, they found that spillover risk scales up with increased abundance of species such as rodents, bats and primate species that live among people, near homes and around farms and crops.

At the other end of the spectrum, they found human activities that have driven species to the brink of extinction, such as hunting, wildlife trade and human encroachment onto natural habitats, have also led to transmission of zoonotic diseases.

That virus transmission from domesticated species has been particularly common is likely due to our frequent close contact with them over the centuries, Johnson says.

The findings drive home the ubiquitous link between human activities and virus transmission from animals, which she suggests is likely more common than we realise, arising from a complex mix of ecological and epidemiological drivers.

“These can be hard to anticipate,” she says. “What we can do, however, is identify at-risk activities and take action to address them.”

As human populations continue to sprawl over the Earth and hunt, capture and trade wildlife, we are creating close contact that would not happen in the natural world, she adds, facilitating increased transmission of diseases.

The paper comes on the heels of a call from 241 animal welfare organisations to stop the wildlife trade, which is thought to have caused the current COVID-19 pandemic.

“In line with its stated mission to serve public health at all times, we urge the WHO to recommend that governments worldwide permanently ban live wildlife markets and the use of wildlife in traditional medicine,” the open letter says.

“But let us stress that it was the actions of people that created the environment in which this transmission was possible,” they write.

Johnson agrees, and hopes insights from her team’s study can help trigger moves from pandemic response to pandemic prevention.

“Disease emergence that occurs anywhere can affect us all,” she says, “and we need to all understand the impact we are having on the natural world to find more sustainable ways to coexist.”