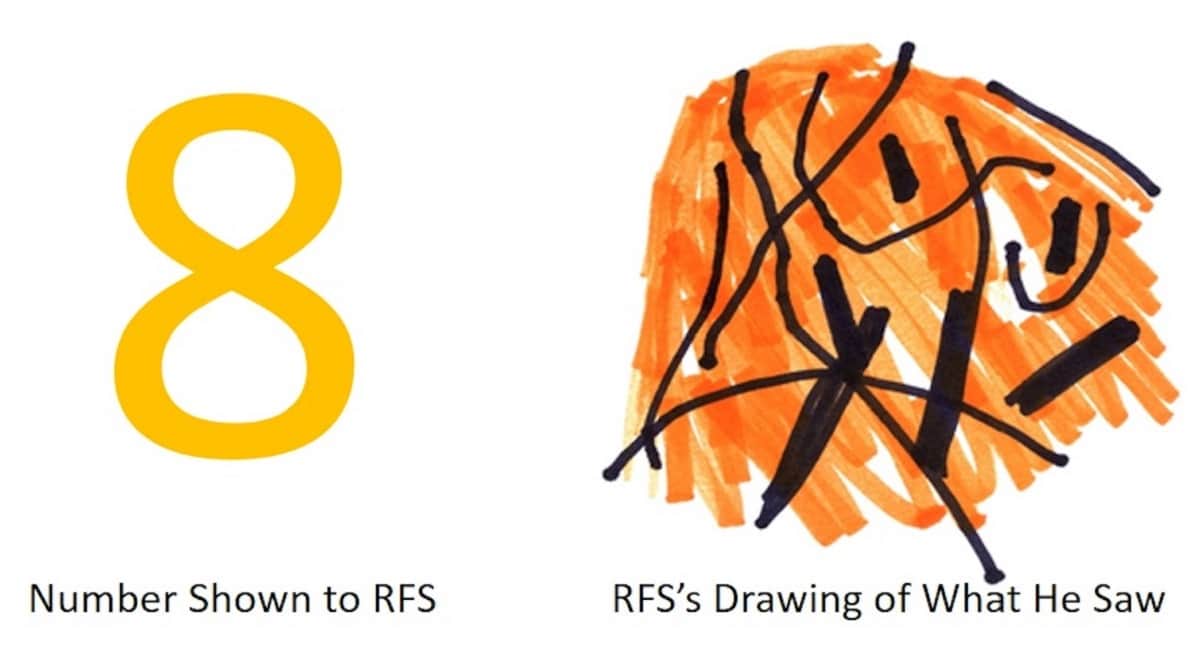 Thanks to the late Oliver Sacks, we’ve heard astonishing tales of the brain’s idiosyncratic digressions when things go askew, such as the man who mistook his wife for a hat, the disembodied lady and the autist artist.

Now, researchers describe in the journal Proceedings of the National Academy of Sciences a man who can’t see numbers but can see letters, even though neural tests showed his brain can detect them both equally.

This suggests the complex, high-level processing needed to detect and identify visual stimuli is not enough to bring it into awareness.

The 60-year-old man, with initials RFS, has a rare, degenerative brain disorder that affects his memory and ability to control his muscles and movements. But it was his unusual inability to see numbers – selective “metamorphopsia”, or distorted perception – that perplexed Teresa Schubert, from Harvard University, US, and colleagues.

When RFS looks at any number, from 2 to 9, singly or combined, he sees a jumble of tangled lines that he describes like spaghetti, she explains; yet his vision is otherwise normal. And if you put anything else next to it, he can’t see that either – it becomes distorted like the number itself.

When he was shown a large 3 with a picture of a violin on it, for instance, he couldn’t see the violin. But when it was far enough from the number, he could see it normally.

The conundrum is that such a selective deficit would require his brain to somehow recognise the numbers.

“When he looks at a digit, his brain has to ‘see’ that it is a digit before he cannot see it – it’s a real paradox,” says senior author Michael McCloskey from Johns Hopkins University, US.

“In this paper what we did was to try to investigate what processing went on outside his awareness.”

The team used a neurorecording technique, Event Related Potentials, to measure tiny electrical currents on RFS’s scalp, while he was looking at large digits and then at large letters that each had a word or face inside them.

Whether the objects were on a number or letter, the neural processes in each instance were identical, suggesting his brain saw them. Yet, he was completely unaware of the objects when they were on the number.

And his brain perception was quite specific; for instance, it wasn’t just detecting a word on top of a number, it was identifying the actual word, such as “tuba”.

The results show that non-conscious visual processing can occur without us being aware of it, Schubert says.

“There has been evidence for many years that not all visual processing in the brain leads to awareness,” she adds, “but this case demonstrates it in a particularly striking and clear way.”

It’s certainly up there with Oliver Sacks’ fascinating case studies.

“This study is an excellent example of how unusual cognitive deficits can reveal profound insight into how the brain works.”