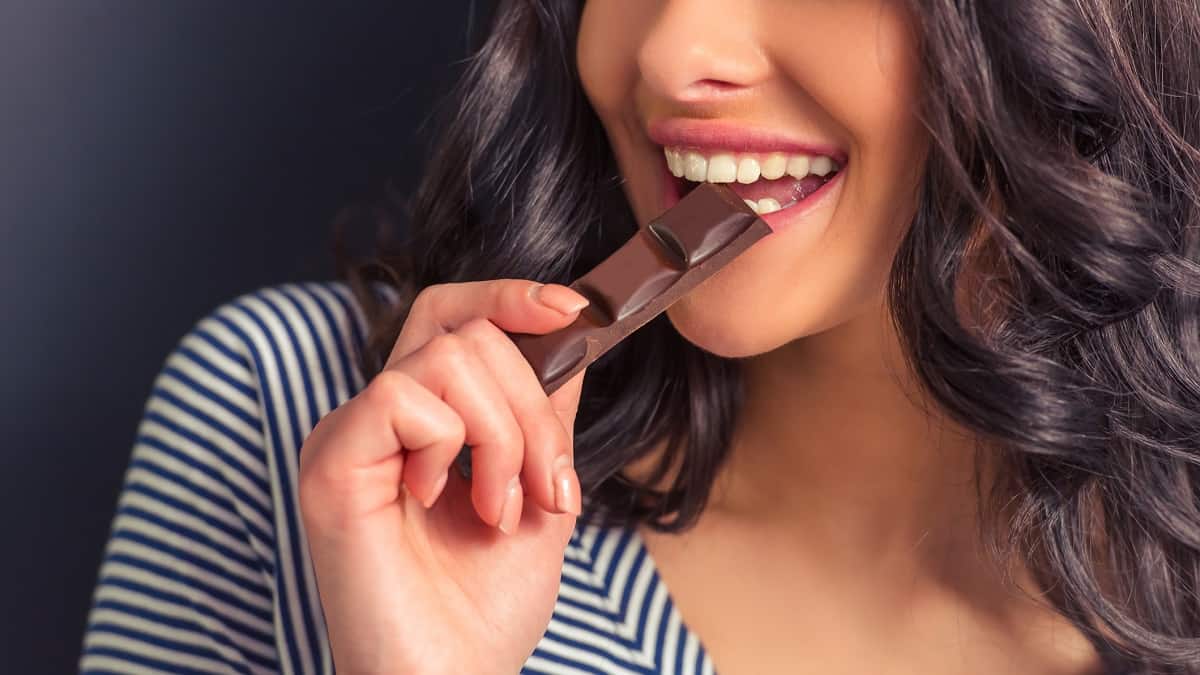 It’s always gratifying to hear that our guilty pleasures can have health benefits – like dark chocolate being good for your heart, or coffee preventing chronic liver disease, or wine keeping your teeth healthy – but what about milk chocolate?

Though it’s higher in fat, sugar and calories than dark chocolate, milk chocolate’s effect on your health depends on when you eat it, according to a new study published in The FASEB Journal.

Spanish and US researchers set out to understand how the timing of milk chocolate consumption affects human health.

Nineteen participants – all postmenopausal women – were split into groups and asked to eat no chocolate, eat 100 grams of milk chocolate within an hour of waking up, or eat the same amount an hour before going to sleep.

During the study, other factors were recorded, including the participants’ weight, physical activity, hunger and cortisol levels, number of calories consumed per day, and glucose metabolism.

“One of the surprises was that despite eating close to 550 kilocalories [of chocolate] per day for two weeks, people didn’t gain weight, either when taken in the morning or in the evening,” says co-researcher Frank Scheer, a neuroscientist and professor of medicine at Harvard Medical School.

“The morning group showed more fat oxidation, as opposed to the evening group, which had more carbohydrate oxidation occurring. So the mechanisms appear to be different, but both led to no weight gain in these two cohorts.”

In the morning group, fasting glucose levels also went down, along with waist circumference.

“Waist circumference is really thought to be primarily related to visceral fat, which has been associated with adverse metabolic effects,” says Scheer.

The mechanism behind the loss of waist circumference is unclear. It may be due to the fact that 100 grams of milk chocolate is approximately 30% of a typical daily calorie intake, so participants may have cut down other food intake for the day.

This study builds on previous research, which has shown that the timing of chocolate consumption in rats affected their circadian rhythms, preventing their sleep cycles from becoming disrupted during simulated jetlag. Other studies have also suggested that mistiming food intake can lead to obesity and problems controlling glucose.

It’s clear that the time at which we eat is important to energy balance and metabolism. But further research is needed, with a larger and more diverse group of participants over a longer period of time, because the findings pose even more questions for the researchers.

“Are these findings due to effects that the energy timing has on metabolism?” asks Scheer. “If you eat chocolate in the morning, for example, does the body, by perceiving this kind of excess energy, then dial up energy expenditure or dial down cravings for food? And then, in addition to hedonic mechanisms and energy-balance mechanisms, could it be anything more specific to the content of the micronutrients in chocolate?”

Originally published by Cosmos as When is milk chocolate good for you?