Home ■ Health ■ Medicine ■ Could a nasal spray protect you from COVID-19? 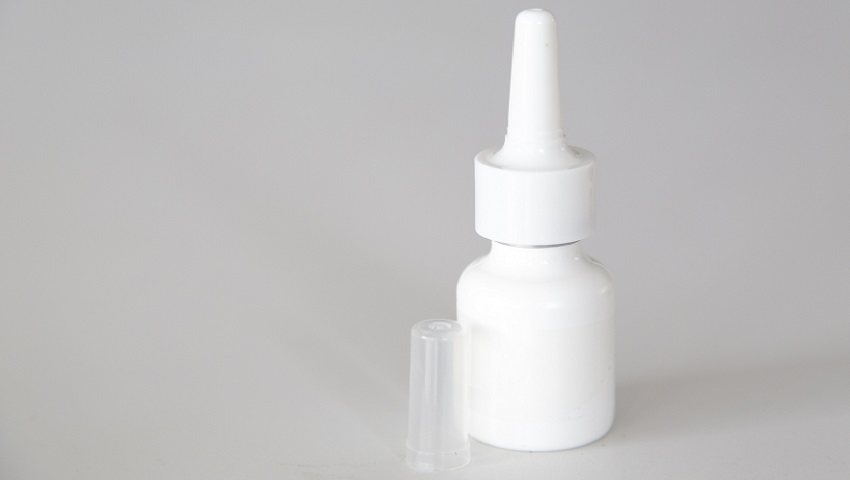 Researchers from the University of Melbourne have observed that spraying heparin on epithelial cells stops SARS-CoV-2 to infect them, at least in vitro (that is, in a petri dish). If the heparin spray had the same effect in humans, a simple, cheap nasal spray could help prevent COVID-19 infection. The research team is setting up a clinical trial to find out.

Heparin is a molecule of the glycosaminoglycan family that sits on the surface of many of our cells, including nasal epithelial cells – the lining of the nose. It’s best known for its anticoagulant properties, but it fulfils many different functions in our body.

Heparin has been used as an anti-thrombotic drug for a long time. “Heparin is something that we have commonly used for nearly 60 years now, and we know a lot about it,” says Paul Monagle, a paediatric haematologist at the University of Melbourne who is leading the research.

Heparin is a negatively charged molecule and sits next to ACE2 – the receptor the SARS-CoV-2 spike hooks onto to enter human cells. SARS-CoV-2 spike is positively charged. Thus, heparin attracts the virus spike that can then roll off onto the ACE2 receptor and find its way into the cell to replicate, causing the infection.

Melbourne researchers grew nasal epithelial cells in the lab, added SARS-CoV-2 onto them and then flooded the media with heparin. They noticed that the heparin present in the media bound to the virus, preventing it from penetrating the cells. The heparin in the media provides an alternative binding site to the heparin on the cells’ surface and takes the virus away from the ACE2 receptors – preventing infection. “It’s competitive inhibition,” says Monagle.

The team hypothesises that spraying heparin in the nose could have a similar neutralising effect. “That’s why we need to do a human trial, to check that you can convert what you see in the laboratory to people,” Monagle says.

In another recent study, led by St Vincent’s Hospital in Melbourne, researchers gave a hefty dose of heparin to adults in ICU with acute respiratory distress syndrome through a ventilator. The study revealed that heparin is not absorbed into the bloodstream when inhaled, reducing side-effects and avoiding the risk of bleeding that intravenous administration poses.

“We already know it’s safe,” says Monagle. “We have used it in humans for years, and we have addressed all the toxicity questions.”

While the drug would probably do nothing to help symptomatic infections, it could prevent disease if taken before exposure or before developing symptoms when coming in close contact with a positive case, Monagle says.

People travelling back into Australia who need to transit through airports, sit in a plane for hours with possible positive cases, and spend two weeks in hotel quarantine could use nasal heparin spray as preventive protection.

If a household member becomes positive, the heparin spray could help protect all the other members of the family from catching the disease.

Monagle says the potential is considerable. The drug is widely available and stable at room temperature, making it especially useful in developing countries and places where maintaining a cold chain is impractical.

Heparin is also cheap because it has been off patent for many years, which is one reason why it hasn’t attracted a lot of interest, says Monagle. “There has been a lot of interest in new, fancy drugs that companies are pushing forward. Nobody stands to make a bucket load out of this.”

“Most people have been focusing on treatments for hospitalised people,” he says. “We want to go back to the very start. How about we stop people getting infected in the first place?”

And the potential does not stop to COVID-19. In vitro studies have shown that heparin spray also works on other viruses. “If we can prove it works, it has significant possibilities for changing the spread of common cold, RSV [Respiratory Syncytial Virus], and other important pathogens at a community level going forward.”