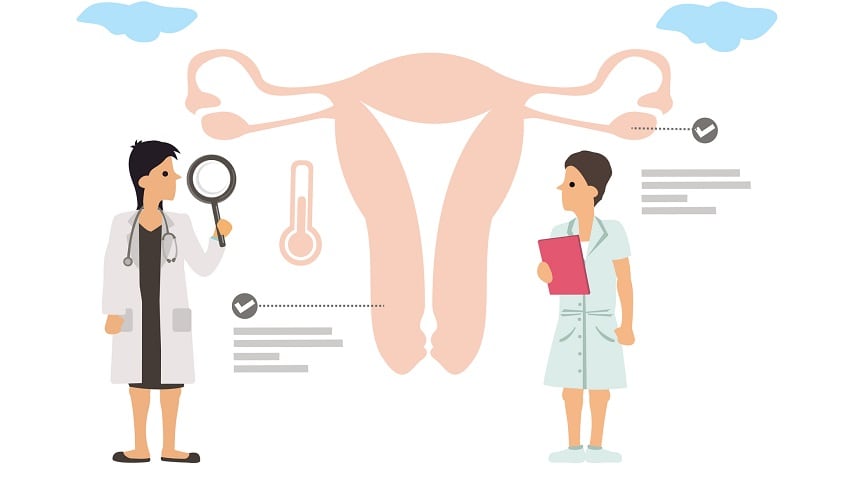 Australia is aiming to officially eliminate cervical cancer by 2028, but more work needs to be done to bring Indigenous communities in line with that goal, according to a new report.

The NHMRC’s Centre of Research Excellence in Cervical Cancer Control has released a 2021 progress report, detailing Australia’s movement towards a target of fewer than four cervical cancer cases per 100,000 people. The report is being released at today’s Preventing Cervical Cancer conference.

The report is based on a global strategy by the World Health Organization (WHO) released in November 2020, outlining goals for screening and vaccinating against cervical cancer across the world by 2030.

According to Julia Brotherton, medical director of VCS Population Health and lead author of the report, the WHO strategy reflects advances in the last 15 years in HPV vaccinations and cervical screenings.

“HPV based screening methods [have] much better sensitivity and [provide] much better long-term protection to women, to the extent that even one or two tests in our lifetime can make a staggering difference to a woman’s risk of ever developing cervical cancer,” says Brotherton.

“Australia’s obviously been a world leader by being the first country to roll out a massive HPV vaccine program, and in our long-standing cervical screening program that’s been going since 1991.”

While the country is on track on a population-wide scale, there is a glaring disparity: Australian Indigenous women are dying from cervical cancer at four times the rate of other women.

Better data collection and advances in cervical screenings are likely to be key tools to closing this devastating gap.

One of the biggest challenges researchers have faced, according to Brotherton, is a lack of data to explain why Indigenous women have higher rates of cervical cancer.

“Having had a program for 30 years that couldn’t tell us if Indigenous women were participating but knew they were dying at higher rates is truly unacceptable,” she says. “It’s really well overdue that we are able to know what’s happening.”

Work is now being carried out with Indigenous people to gather this data more effectively. A recently published study from ANU, for instance, highlighted the cervical cancer disparity not just in Australia but around the world.

“Probably by the next report, we’ll be able to look at Indigenous participation nationally,” says Brotherton. “But it’s still in the development phase of consultation with Indigenous people, which is completely appropriate, as to how best that is reported.”

The next challenge is screening for and thus diagnosing cervical cancer.

“Screening is what we need to do to make elimination happen faster,” says Megan Smith, a senior research fellow with the Cancer Council.

“Vaccination’s doing well in Indigenous girls, and so that’s great news, but if we rely on that to get us to elimination in Indigenous women, we’re going to be waiting decades and then they’re going to be decades behind everybody else, which is completely unacceptable.”

She adds that “the only way we can change this is to increase participation in screening”.

Smith highlights that the uncomfortable cervical screening procedure – the speculum exam – is a major barrier to testing for Indigenous people.

“Many women find it unacceptable, but for Indigenous women there are just these extra layers around systemic racism, about feeling uncomfortable in healthcare settings, being in remote areas, perhaps not having access to a female provider or a provider that they trust,” she says.

Self-conducted screenings are a potential solution. Instead of the clinical speculum exam, people could instead take their own cervical swab or have a trusted nurse do it for them in a private setting. This option is already part of the Australian screening program but in a more limited way – women need to be over 30 and overdue for screenings before they’re offered a self-examination swab.

The swabs, very similar to the ones used in COVID-19 tests, look like long cotton tips, and Smith notes that pilot studies suggest that women find them easy to use.

“Certainly we’re not advocating that anybody take away the opportunity for women to have a doctor collect a sample if that’s what she prefers,” says Smith. “It’s all about offering choice. But these pilots really do demonstrate that if you provide women with the appropriate support that they do find it really easy to do, and that does of course mean you don’t need to be in a clinic.”

The tests are similar in accuracy to the traditional speculum exam.

“There is now strong evidence to show that it is just as good,” says Smith, but even if accuracy was reduced, a higher uptake of self-conducted exams would still be overall beneficial for public health.

So do we need to book in-person screenings at all? Could cervical screening tests come in the mail, like bowel cancer tests?

“It’s not impossible, but I think that’s not how we see our way forward in Australia,” says Smith. “We’ve seen trials doing that and they haven’t had nearly as good results.”

In-person healthcare providers form an important part of the cervical screening program, even if they’re not performing speculum exams. This is particularly important in Indigenous communities, where local understanding is critical to encourage people to get vaccinations and screenings. “I think what we’ll see will be tailoring the self-collection to individual communities,” says Smith. They’re also needed for following up with people who receive a positive result on their test.

With other initiatives outlined in the report, it could be possible for Australia to reach the official target of four cervical cancer cases per 100,000 people by the end of the decade.

Brotherton says the official elimination target is based on what the WHO believes to be possible.

“The definition of a rare cancer is usually less than six per 100,000 cases,” she says. Cervical cancer could become slightly less common than that, though it would be impossible to eradicate it entirely.

“Some rare types of cervical cancer are not caused by HPV, and may not be screen detectable,” Brotherton says.

“My understanding is that it’s a feasible, agreed goal.”

Originally published by Cosmos as Is Australia on track to eliminate cervical cancer?