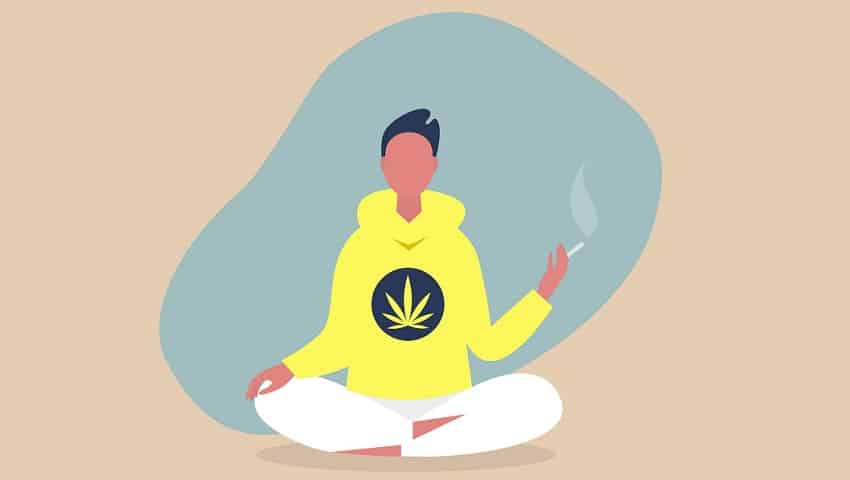 It is often said that one of the detriments to using cannabis as a teen is long-lasting mental health problems, such as depression and anxiety, or lower future socio-economic status. According to a new study published in Proceedings of the National Academy of Sciences the former might not be the case.

Researchers, led by Jonathan Schaefer of the University of Minnesota, USA, have found that there may be an indirect causal link between cannabis use during teenage years and socio-economic status during young adulthood, but not for long term mental health.

The team conducted a longitudinal twin study, where they followed twins over multiple years. Twin studies like this allow a genetic ‘control’: the differences between people can be attributed to some sort of environmental factor, rather than genetic differences.

Teen cannabis use between the ages of 11 and 17 was associated with lower test scores at school, which had the downstream effect of lower income and job status in early adulthood. However amongst teens considered to have had higher cannabis use during their teenage years, the team found little evidence that mental health and cognitive abilities were affected.

This means while there is little evidence that teen cannabis use has a long-term mental health effect, it can still influence future socio-economic status because of how they proceed through educational pathways, they explain in their paper.

This suggests that the reasons teenagers began using cannabis were probably more likely to affect future mental health than subsequent cannabis use and the authors suggest that it may be more effective for public health initiatives to focus on improving mental health and well-being in other areas of a teenager’s school and life, instead of trying to prevent cannabis use altogether.

“Public health agencies and policy makers need to deliver a clear and strong message to the public that regular cannabis use is harmful, regardless of when an individual initiates its use,” says Gary Chan, a researcher from UQ’s National Centre for Youth Substance Use Research, whose recent study found that regular cannabis use was harmful regardless of the age people start using it.

Originally published by Cosmos as Does teen cannabis use affect adult life?