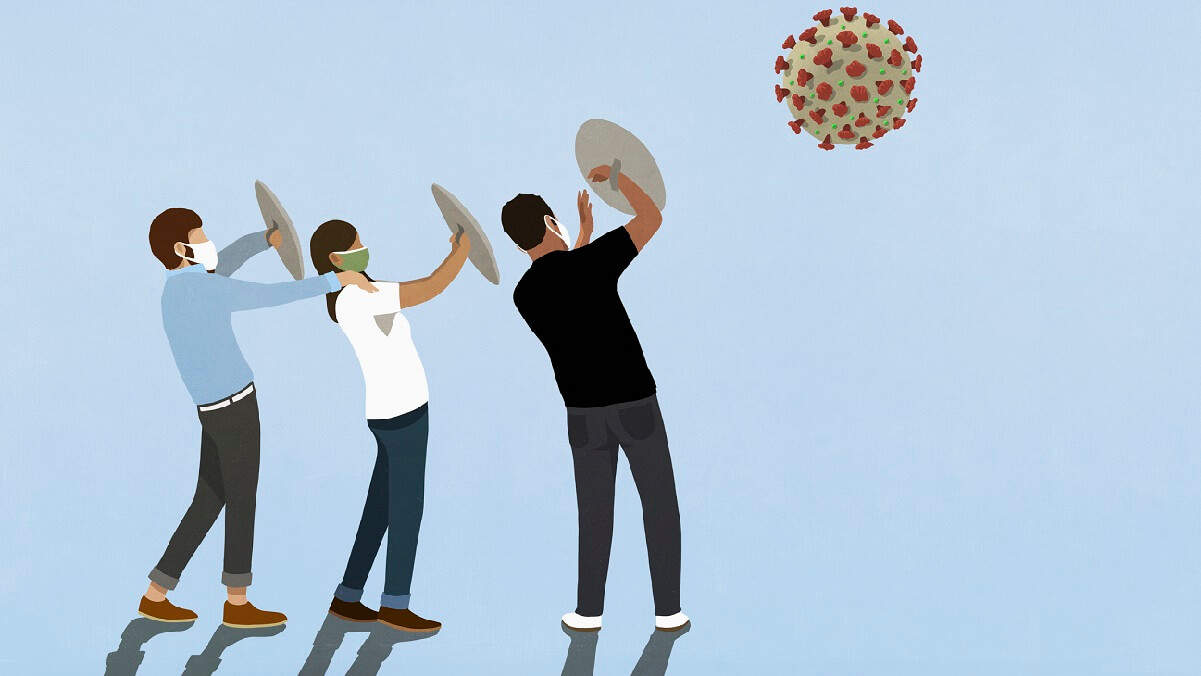 The effect of high vaccination rates, particularly in New South Wales, is slowly becoming apparent. Daily cases are no longer growing exponentially, and hospitalisations also seem to have stabilised. Yet, the Delta variant is here to stay, and as restrictions begin to ease, the state may experience a spike in cases.

Fortunately, vaccines are not the only weapon we have against COVID-19. Over the past 20 months, medical researchers have searched for effective treatments to stop the infection from causing severe disease and death.

At the beginning, a lot of rapid but often low-quality science was produced to make sense of the pandemic, says Professor Julian Elliott, Executive Director of the National COVID-19 Clinical Evidence Taskforce and researcher at Cochrane Australia at Monash University.

“We saw very quickly a number of position statements, guidelines and protocols being produced from different organisations, which unfortunately were in conflict with one another,” he says. “That added to confusion and controversy and did not provide clinicians with the clarity that they needed.”

In March last year, Elliott helped to set up the National COVID-19 Clinical Evidence Taskforce in collaboration with the National Health and Medical Research Council and 32 peak national medical bodies. The goal was to develop a single set of guidelines that Australian clinicians could refer to, knowing that they were using the best possible evidence.

The process the taskforce uses to assess the evidence on COVID-19 treatments is simple, says Elliott.

It starts with a clinical question: for example, “Do corticosteroids work in the treatment of COVID-19?” The taskforce then searches multiple online databases from around the world for any COVID-19 research. They pull all the evidence together and create summaries of evidence, called evidence profiles.

Seven main panels and other expert groups review these evidence profiles and develop recommendations, which are then made available to clinicians.

Current recommendations include the use of four immunosuppressants and one antiviral drug. Each of these drugs is effective and used at different stages of the infection.

Dexamethasone is part of a class of drugs called corticosteroids that dampens the immune response.

“It’s a very cheap drug, and it’s been around for a very long time,” says Elliott.

Dexamethasone is generally used in rheumatic diseases – autoimmune and inflammatory diseases that cause your immune system to attack joints, muscles, bones and organs, causing ongoing pain.

The taskforce strongly recommends its use for adults, including pregnant or breastfeeding people with COVID-19 receiving oxygen, plus those on mechanical ventilation.

“It’s really been the mainstay of treatment for people with more severe COVID-19,” says Elliott.

The recommendation is conditional for children and adolescents because, he says, there are fewer data in those age groups.

Tocilizumab is an immunosuppressive drug used for the treatment of rheumatic diseases.  It is a humanised monoclonal antibody against the interleukin-6 receptor (IL-6R), a cytokine that plays an essential role in immune response and is implicated in the pathogenesis of many autoimmune diseases.

Clinicians can consider the use of Tocilizumab in adults, including pregnant and breastfeeding people, as well as children and adolescents who require oxygen and have evidence of systemic inflammation.

Sarilumab is a human monoclonal antibody that also acts against the interleukin-6 receptor, but its use is limited to adults with moderate disease who require oxygen but not intensive ventilation.

Baricitinib is an immunosuppressant that functions by inhibiting the activity of two of the Janus kinase family of enzymes, which play a critical role in orchestrating the immune system.

Remdesivir is the only antiviral drug approved to treat moderate-to-severe COVID-19 infection in adults, including pregnant or breastfeeding people who do not require ventilation.

Recently the taskforce has given a conditional recommendation for two more synthetic monoclonal antibodies. The first one is REGEN-COV, which can now be considered in adults with moderate to severe COVID-19 infection. The other one, Sotrovimab, promises to improve outcomes for those who are most at risk. If administered within five days of the onset of symptoms in older patients, immunocompromised people or those who have comorbidities, Sotrovimab reduces the chances of the infection progressing to a more severe stage.

A series of clinical trials are currently assessing other drugs’ safety and effectiveness against the COVID-19 infection. Compared to the beginning of the pandemic, medical researchers and clinicians now have much more knowledge and many more tools to fight the disease and help their patients.

“The general public is not aware enough that there are effective treatments for COVID-19,” says Elliott. “That includes the availability of treatment for mild disease that works to reduce the risk of someone progressing to more severe disease.”

Originally published by Cosmos as How can we treat COVID-19?