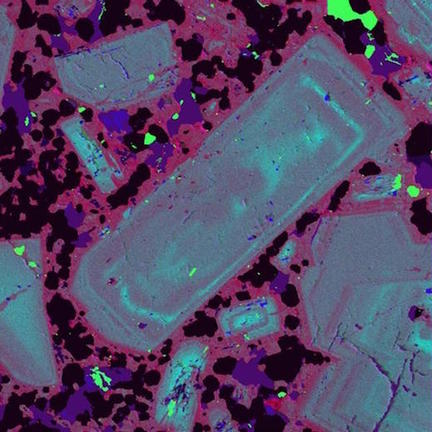 The method focuses on the exploration for porphyry-type copper deposits – the most common source of copper ore, representing three quarters of the world’s copper, as well as a significant quantity of molybdenum and gold.

The deposits originally form several kilometres below the Earth’s surface, above magma chambers, and are gradually thrust towards the surface.

But most of the shallower deposits have already been discovered.

Study author, geologist Ben Williamson of the University of Exeter, solved the problem of looking for the deeper resources by studying the distinctive chemical characteristics of minerals from magmatic rocks which host porphyry deposits.

He and colleague Richard Herrington from the Natural History Museum, London, compared the chemical compositions of minerals from magmatic rocks that host porphyry deposits against those which are barren and then tested their theory against data from a major new porphyry discovery in Chile.

“This new method will add to the range of tools available to exploration companies to discover new porphyry copper deposits,” Williamson said.

“Our findings also provide important insights into why some magmas are more likely to produce porphyry copper deposits than others, and add to our understanding of how their parent magmatic rocks evolve.”

The study was funded by mining company Anglo American and was published in Nature Geoscience.