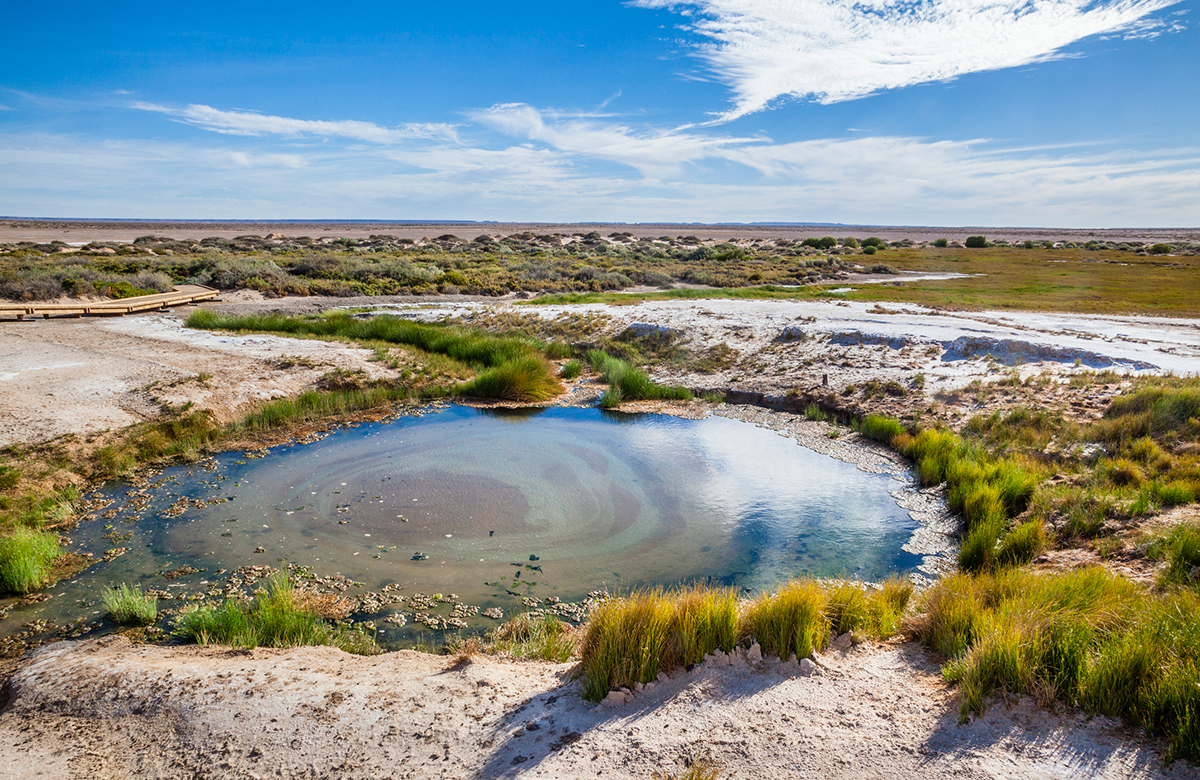 Fans of the classic rock music mockumentary Spinal Tap (1984) may recall a moment when the eponymous band’s hapless bass player, Derek Smalls, explains his relationship to the two leading lights in the group.

They are, he says, “two totally distinct types of visionaries, it’s like fire and ice, and I feel my role in the band is to be kind of the middle of that, kind of like lukewarm water”.

The line works as a comic anti-climax, but it also perhaps implies the most fundamental truth of biology. Lukewarm water, it seems, was the key element that catalysed life on the planet.

That’s the conclusion offered by a team of researchers from McMaster University in Canada and the Max Planck Institute in Germany in a paper published in the Proceedings of the National Academy of Sciences (PNAS).

The research, led by Ben Pearce and Ralph Pudritz, drew on elements of astrophysics, biology, chemistry and geology to try to resolve the question of how life on Earth began.

There are two competing theories that potentially answer the question. Both start from the reasonable presumption that self-replicating RNA (as distinct from DNA) molecules formed from organic compounds that landed on the planet as interstellar dust or aboard incoming meteorites.

The first theory suggests the hot and extreme conditions in undersea thermal vents may have been the catalyst. The second favours the crucible being small, warm ponds.

The research by Pearce and Pudritz combines the geologic evolution of the early Earth together with its prebiotic chemistry and finds overwhelmingly in favour of the warm pond idea.

The key mechanism was rapid fluctuations in rainfall and air temperature, leading to frequent cycling between wet and dry conditions, with pond water levels rising and falling – and most of the time staying tepid.

As these cycles progressed, nucleotides delivered by meteorites reached a sufficient density in the water for them to merge and form RNA polymers. Some of these then used other free-floating nucleotides, combining them to replicate themselves.

This first RNA was imperfect and likely not very functional, but that was, in the long run, a good thing. Each replication provided the opportunity for small changes, some of which improved efficiency. Natural selection had begun.

The scientists rule out space dust as a delivery mechanism for the crucial prebiotic organic compounds, finding that its distribution was too sparse. They also rule out the thermal vents theory, finding that the alternation between wet and dry cycles was a necessary driver for the formation of RNA – and absent, of course, on the ocean floor.

They also calculated that once the meteorites had delivered their loads, there were thousands of warm little ponds dotted around the emerging continents that could have functioned as crucibles.

Once started, the process of forging RNA would have taken only “one or a few” wet-dry cycles, meaning it emerged in just a few years. And that emergence, the researchers conclude, took place at a point earlier than 4.17 billion years ago.