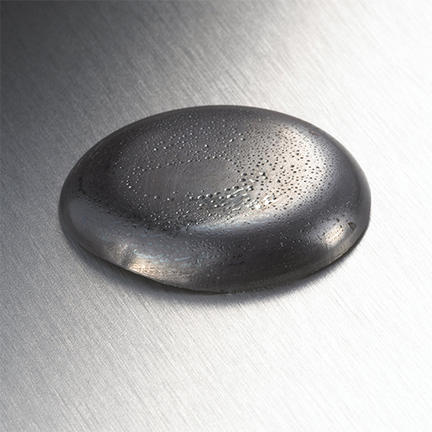 An asteroid wiped out the dinosaurs and volcanic eruptions triggered “the Great Dying” at the end of the Permian. But the cause of our planet’s other three mass extinctions is a mystery. Could something as prosaic as dietary deficiency be to blame?

Palaeontologist John Long from Adelaide’s Flinders University thinks a selenium shortage crippled life on Earth at the end of the Triassic, Ordovician and Devonian periods. He and his colleagues published their work in Gondwana Research in November.

The study sprang from a hunt for minerals. Geologist Ross Large from the University of Tasmania was relying on the fact that the trace element selenium is often found near nickel and copper ore deposits. Large meticulously analysed trace elements in 4,000 samples of ocean sediments laid down over the past 560 million years.

Having amassed such a vast dataset, Large offered Long a look at it. The palaeontologist immediately noticed something intriguing: selenium levels plummeted just ahead of the three mysterious mass extinctions.

Selenium is an essential element for all forms of cellular life: it helps cells mop up damaging molecules called free radicals. Along with other essential trace elements, selenium enters rivers and seas when the Earth’s tectonic plates are active. As the plates grind into each other, mountain ranges rise. And as the mountains erode, sand and dust rich in trace elements into rivers and oceans, and marine organisms flourish.

But in periods where landmasses are drifting apart – such as 200 million years ago, when the vast supercontinent Pangaea was breaking up – selenium levels can collapse.

These three mass extinctions hit marine organisms the hardest. Whereas plants on land can access selenium by wriggling their roots down into the soil, plankton are completely reliant on ground-up material washed into the ocean.

Peter Betts, a geoscientist at Monash University in Melbourne, agrees the selenium dips roughly match periods of little to no mountain-building at a global scale. But as he points out, trace element deficiency was probably not the only factor contributing to these mass extinctions. As continents stretch and compress, volcanoes erupt and die, oceans are born and squeezed dry, and the climate can swing wildly from hot and humid to icy cold – all of which, combined with selenium deficiency, can contribute to extinction events.

What about the long-term prospects for selenium? Betts thinks we don’t need to worry: “If you look at the Earth from above the North Pole, you can see most of the continents are joined together to form a large continental mass.” And as the plates come together, mountain ranges will keep forming. So fear not – for many millions of years at least there will be plenty of selenium for everyone.