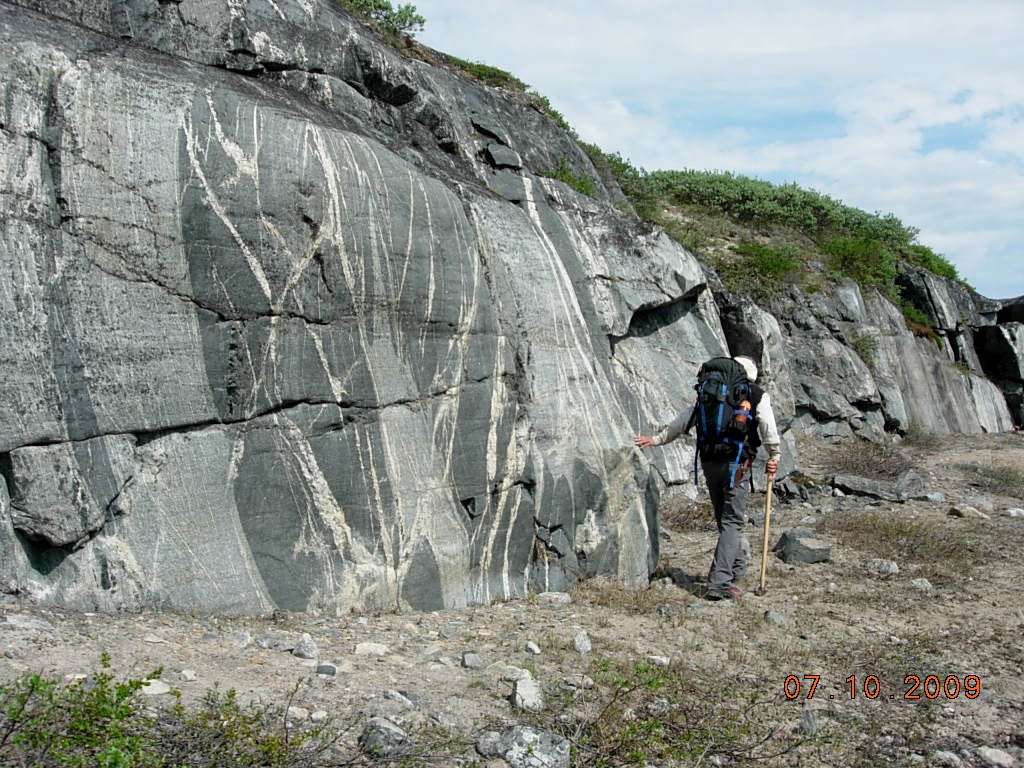 Scientists studying ancient rocks in northeastern Canada have found them to be composed of remnants of even older rocks, dating back to within a few hundred million years of the formation of the Earth.

These remnants suggest that tectonic processes in the planet’s first 1.5 billion years may have been very different to what we know today. The find is important in part because on most of the planet’s surface, geological processes have long ago erased visible traces of the Earth’s primitive crust.

There are a few places with rocks believed to be at least four billion years old, and in Western Australia, geologists have found crystals, called zircons, that might have formed 4.4 billion years ago, only 150 million years or so after the Earth’s formation.

But in general, says Richard Carlson, a geochemist from Carnegie Institution for Science in Washington DC, “finding really old rock has been almost impossible.” Not that Carlton and his colleague, Jonathan O’Neil of the University of Ottawa, Canada, actually found a new trove of super-ancient rocks.

Instead, in a study published in Science, they looked for isotopic traces of earlier rocks in ones not quite so ancient. The rocks in question are granites lying east of Canada’s Hudson Bay.

Scientists have long known that these formed about 2.7 billion years ago. Their chemical composition says they didn’t erupt directly from the mantle, but were instead formed from pre-existing basalts that were pulled below the surface, heated, and then recycled back to the surface to form the granites we see today.

In the process, the physical remnants of the older rocks were destroyed, but their isotopic signatures remain. The isotope in question is neodymium-142, a rare-earth element used to make extremely powerful magnets.

Neodymium-142 is one of five stable isotopes of neodymium, but it’s important because it is the decay product from the radioactive decay of an isotope of another rare-earth element, samarium-146.

Samarium-146 has a half-life of 103 million years. That may sound like a lot in human terms, but in the context of the world’s most ancient rocks, it is actually fairly short, especially because within five or six half-lives it would have been “basically gone,” Carlson says.

What this means is that by carefully measuring the relative quantities of various isotopes of neodymium, including neodymium-142, scientists can determine whether a rock includes ingredients that come from an older rock that formed before the earth ran out of samarium-146.

Using this method, he and O’Neil found that the basalts that were reprocessed to form the 2.7-billion-year-old granites must have formed at least 4.2 billion years ago.

That’s an interesting find in and of itself, says Tim Johnson, from Curtin University in Perth, Australia, who was not part of the study team, because it provides “convincing evidence” that the Earth’s most ancient crust was indeed recycled into granites, such as those studied by Carlton and O’Neil, rocks that Johnson calls “the nuclei of the continents.”

But it’s also important because it means that the basalts that formed Carlton’s and O’Neal’s 2.7-billion-year-old granites survived for 1.5 billion years before they were subducted and metamorphosed into them. That’s a long time, given the fact that today’s basalts only survive for a couple hundred million years before modern plate tectonics recycles them.

One explanation might be that the basalts that formed the Canadian granites came from a gigantic block of rock that somehow resisted subduction for 1.5 billion years. Another is that tectonics on the early Earth moved very slowly, if at all, allowing basalts to remain on the surface of the earth for much longer than is possible in today’s tectonic regime.

Johnson thinks it’s the latter. Other research, including his own, has been finding that plate tectonics may well not have been occurring on the early Earth.

“In my view,” he says, “[this] is another nail in the coffin for the view that plate tectonics best explains the geodynamic evolution of the Earth in its first billion years.”