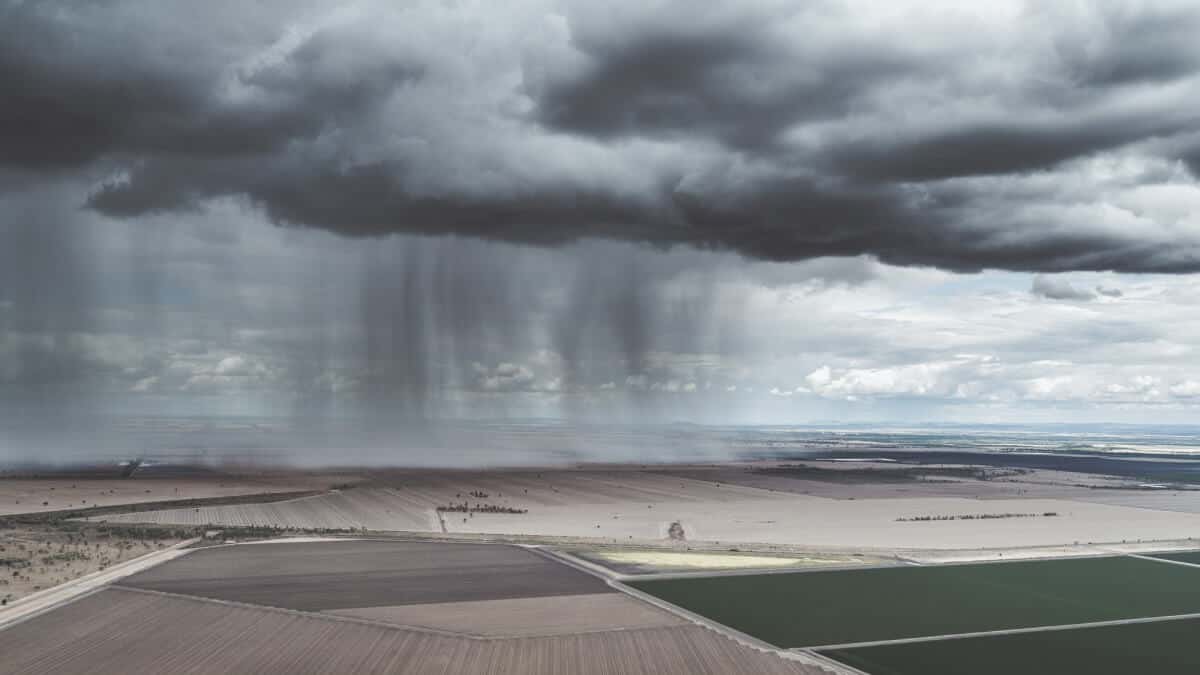 You might have noticed that much of the continent has been cold and damp recently. This is not a surprise with the advent of winter. But, according to the Bureau of Meteorology, there are a couple of factors driving wetter-than usual conditions in much of southern and eastern Australia.

One of them is that the La Niña event, which contributed to several floods over the summer, has hung around right until the beginning of June, and is only now dissipating slowly.

Is it normal to have a La Niña persisting this long? And how much rain can we expect over the coming months?

“Typically it does go down and return back to that normal level. But what we’re seeing now is not outside of the realm of things we’ve seen in the past,” says Dr Shayne McGregor, an associate professor at Monash University’s School of Earth, Atmosphere and Environment.

El Niño and La Niña events are officially measured by the anomaly in sea surface temperature over the equator in the eastern Pacific Ocean. These anomalies are typically highest (either significantly colder or warmer than average) in December and January, and lowest in the middle of the year.

At the moment, the anomaly is still fairly high: sea surface temperatures in the eastern Pacific are notably colder than average. But McGregor says that they’ve been this cold at this point of the year roughly half a dozen times in the past five decades.

“It is pretty unusual, but also not that unusual,” agrees Dr Nina Ridder, a researcher at the Centre of Excellence for Climate Extremes at the University of New South Wales.

Usually, La Niña events dissipate with the movement of water and air from west to east, bringing the temperatures of the eastern and western Pacific closer together. This year, that process has been delayed by another atmospheric event.

“It started to decay. But then this decay was halted by stronger trade winds,” says Ridder.

Trade winds, which travel from east to west across the equator, are driven by the typically cooler conditions in the eastern Pacific and warmer conditions in the west. In a La Niña event, these winds intensify, making the temperature difference even more apparent.

“That westerly current just stopped. It couldn’t heat up the surface ocean and that’s why we still see the La Niña event,” says Ridder.

What does that mean for our weather and rainfall?

“If we have a La Niña through the winter months, it’s typically related to winter and spring months of above average rainfall for most of Australia’s eastern states,” says McGregor.

This means that Queensland through to eastern Tasmania can expect more rainfall than average over the coming months.

In fact, according to the Bureau of Meteorology’s Climate Outlooks, above median rainfall is expected for most of Australia over winter, but drier than average conditions are predicted for southwestern Western Australia and western Tasmania. The slowly weakening La Niña is part of the reason for this, but other atmospheric and oceanic effects – like the Indian Ocean Dipole – are also playing a role.

What can we expect by next summer? At the moment, it’s very hard to tell.

“Autumn is always quite a hard time to start a model simulation and then let it run because there’s so many volatilities in the atmosphere, so many different input parameters that we’re not 100% sure about, so the uncertainty is very high,” says Ridder.

“It’s typically the period where our forecasts have the lowest skill,” says McGregor. “We could end up with a La Niña, but we could also end up in an El Niño. And I wouldn’t be surprised either way.”

Ridder thinks the modelling more likely indicates a neutral or La Niña event over summer rather than an El Niño, but the uncertainty is still high. Two La Niña years in a row is fairly common, three is less common historically.

“It is getting a little bit more unusual. But again, we have had La Niña events that have lasted for three years in the past as well,” says McGregor.

Opinion is divided among climate modellers on whether El Niño Southern Oscillation is intensifying or weakening with climate change. It’s clear that the climate is changing, but it’s hard to tell how that’s going to affect specific weather patterns.

The intricacies of this late La Niña event – unusual but not unprecedented – demonstrate that.

Originally published by Cosmos as Is La Niña still happening?