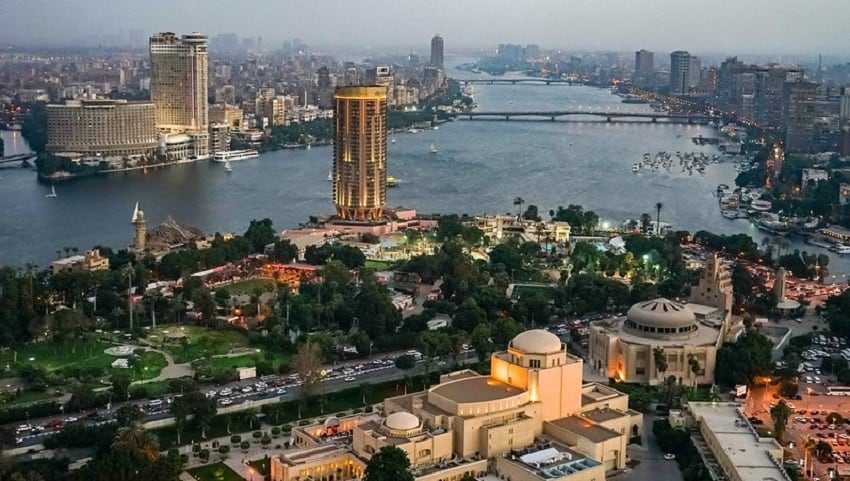 A very recognisable section of the the Nile, as it flows through Cairo. Credit: Nina R

The Nile river is exactly where it is because of movement in the Earth’s deep mantle, according to new geological and geophysical evidence.

In fact, the researchers suggest, if it wasn’t for the mantle’s movement, the world’s longest river would likely have turned west long ago, changing the course of history.

Writing in the journal Nature Geoscience, a team led by Claudio Faccenna from Italy’s Roma Tre University and the University of Texas, US, also suggests the Nile as we know it is around 30 million years old – about six times older than previously thought.

“One of the big questions about the Nile is when it originated and why it has persisted for so long,” says Faccenna. “Our solution is actually quite exciting.”

Long-lived rivers often move over time, making their drainage systems something of a puzzle.

Until now, the researchers say, there have been two competing theories for the evolution of the Nile. In one, river flow from Ethiopia to the Mediterranean has been active for the past 30 million years. In the other, drainage pathways at that early time led from Ethiopia west towards the Congo Basin or northwest towards the Sirte basin, and a connection to the Mediterranean was only established five to eight million years ago.

[The Nile is formed by three principal streams: the Blue Nile and the Atbara, which flow from the highlands of Ethiopia, and the White Nile, which starts south of the equator.]

Faccenna and colleagues from Italy, the US, Canada and Israel traced the Nile’s geological history by studying ancient volcanic rock in the Ethiopian Highlands and correlating it with enormous deposits of river sediment buried under the Nile Delta.

They believe the river’s drainage pathway has persisted because of a conveyor-belt-like motion, or “convection cell”, in the Earth’s mantle, with upwelling and topographic rise beneath Ethiopia and downwelling associated with sinking under the eastern Mediterranean Sea.

From beginning to end, the gentle gradient keeps the Nile on a consistent northward course, they say.

The ability of the model to refine such small details was a surprise and a significant research finding suggests co-author Petar Glisovic, now at the University of Quebec, Canada. “I think this technique gives us something we didn’t have in the past.”

The team now hopes to apply the technique to other major rivers, such as the Yangtze, in China, and the Congo, in Africa.