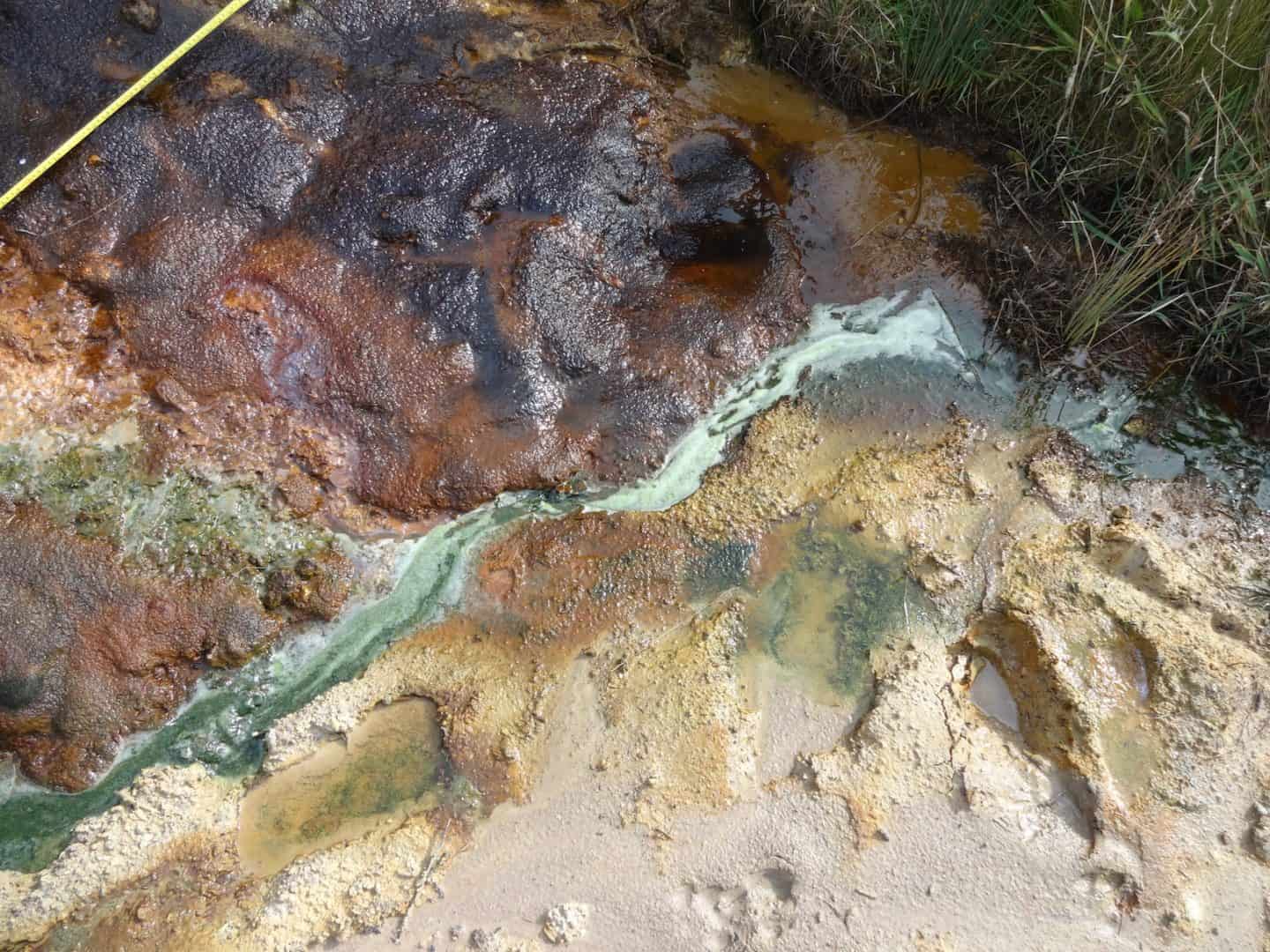 Famous for its lush green valleys and quaint villages, the English county of Dorset – home once to the great novelist Thomas Hardy – is not the sort of place that springs quickly to mind when thinking of Martian landscapes.

A team of scientists from Imperial College London, UK, and NASA’s Goddard Flight Centre in the US, however, would beg to differ.

In a paper published in the journal Scientific Reports, the team, led by earth scientist Mark Sephton, suggest that some of the streams that meander through the bucolic surrounds of Dorset provide clues to the possibility that life once existed on the Red Planet.{%recommended 6167%}

Sephton and his colleagues focus on a peculiar feature of the county’s geology – some highly acidic, sulfurous streams that are home to species of extremophile organisms. Studying the way in which organic remains derived from them are preserved in the iron-rich rocks of the stream bed and banks, they reasoned, might provide an analogue for long extinct microbes on Mars.

Many researchers think the best prospect for the emergence (and later, disappearance) of life on Mars arose during a period known as the Noachian, which ended about three billion years ago. It was a period characterised by frequent asteroid and meteoroid impacts, a thinning atmosphere, and possible existence of abundant acidic and sulfuric surface water.

Some studies have identified silicates created during the period that contain up to 15% bound water by weight.

The conditions in the Dorset acidic streams – in particular, one in an area called, charmingly, Dungy Head at the eastern end of a feature known St Oswald’s Bay – thus may be similar to those found on Mars at the time.

Sephton and colleagues found that extremophile purple-mat-forming bacteria and algae clustered at the side of stream comprised much of the organic material entering the Dungy Head stream, along with fragments of wood from nearby streams.

The bacteria and algae contain a range of fats, including fatty acids. The fate of these in the stream water, the researchers reasoned, could serve as a model for what happened to any microbial material in the Martian water. The components of the wood, they suggest, serves as a reasonable facsimile for any organic matter that might have reached Mars on board incoming rocks.

The scientists discovered that microbial fatty acids were well preserved in an iron-bearing mineral called goethite. The mineral in time decays into another, called haematite, which is abundant on Mars and lends the planet its red hue.

Transferring their results to available models of Martian geology, the researchers estimate that goethite and haematite deposits on the planet might contain enough preserved microbial fatty acids to fill 12,000 Olympic-sized swimming pools.

“Mars harboured water billions of years ago, meaning some form of life might have thrived there,” says Sephton.

“If life existed before the water dried up, it would probably have left remains that are preserved to this day in Martian rock. However, we have yet to find convincing traces of organic matter that would indicate previous life on the Red Planet.”

One reason for such failure, of course, is that it might not be there. Another, however, say the researchers, is that missions to date may have been looking in the wrong place. The main technique used to test for the presence of organic matter is to select a rock and then heat it up – a process that might conceivably destroy the very material being sought.

Heating goethite or haematite, in contrast, does not destroy any organic components, meaning they could be good targets for future missions to investigate.

“As the acid streams dry up, like during Mars’ ‘drying period’, they leave goethite minerals behind which preserve fatty acids that act as biological signatures.”