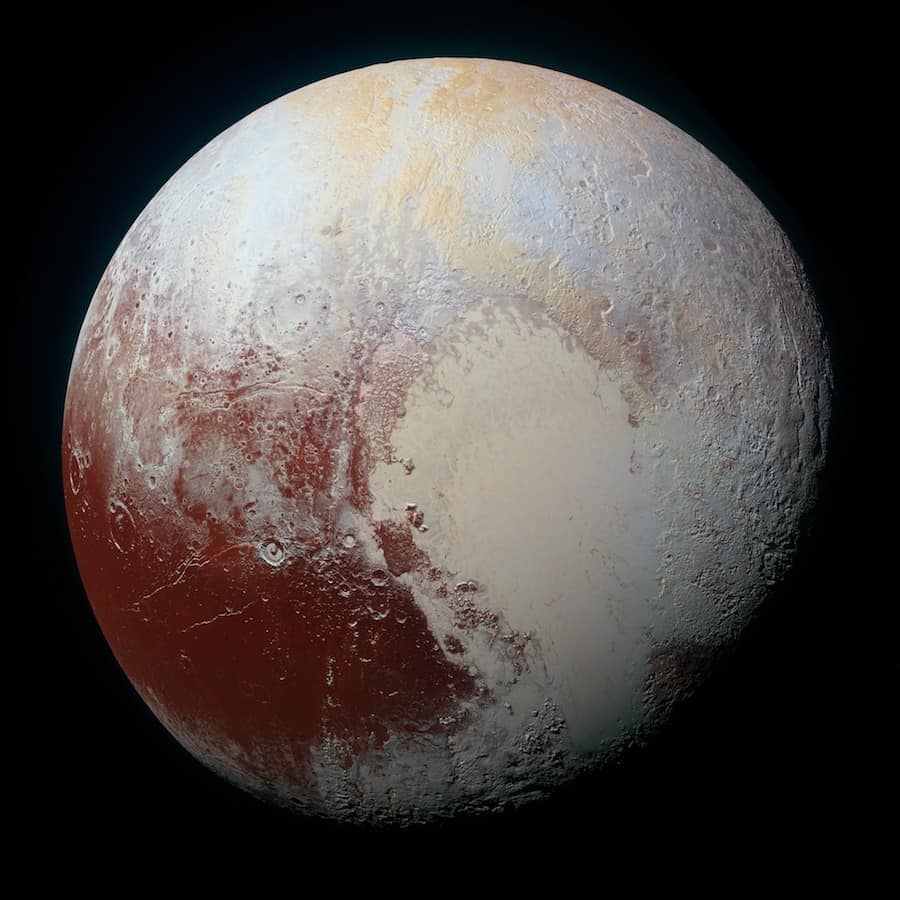 The vast glacier in Pluto’s heart could have grown in just 10,000 Earth years as nitrogen ice froze out of its atmosphere and was sequestered in the deep basin, according to new modelling.

Tanguy Bertrand and François Forget from Sorbonne University in France simulated the climate and topography of the dwarf planet and found nitrogen ice, along with some carbon monoxide and methane, naturally congregated in the lower elevations.

Since New Horizons beamed back images of Pluto’s big, pale heart – called Tombaugh Regio after Pluto’s discovered Clyde Tombaugh – planetary scientists have been trying to get to the bottom of the vast, craterless region within.

Informally named Sputnik Planum, the glacier is mostly nitrogen ice. But how did the basin, which is more than 1,000 kilometres wide and thought to be four kilometres deep, fill up?

Computer models, like those used by climate scientists to recreate out planet’s ancient climate history, have tried to track how the Plutonian atmosphere changed and mixed, but have been too slow to run over multiple seasons.

So Bertrand and Forget developed a new model – one that could run through Earth 50,000 years and see what happened to nitrogen (and other volatiles) on the icy little dwarf planet.

They found, when they added a basin and a couple of craters to their modelled Pluto, all the nitrogen ice was sequestered in the centre of the basin – just as it does on Sputnik Planum – after just 10,000 Earth years.

They note this phenomenon is also seen on Mars, where carbon dioxide frost preferentially forms at low elevations, such as at the Hellas Basin.

Their model also ended up with carbon monoxide and methane frozen into the glacier ice.

Indeed, data from New Horizons indicated carbon monoxide in Sputnik Planum, while methane tended to spread all the way around Pluto’s equatorial region.

Finally, the model accounted for seasonal methane frosts that have been seen on Pluto’s north pole in the 1980s, 1994 and 2002.

They predict these frosts should, for the most part, disappear in the next decade.