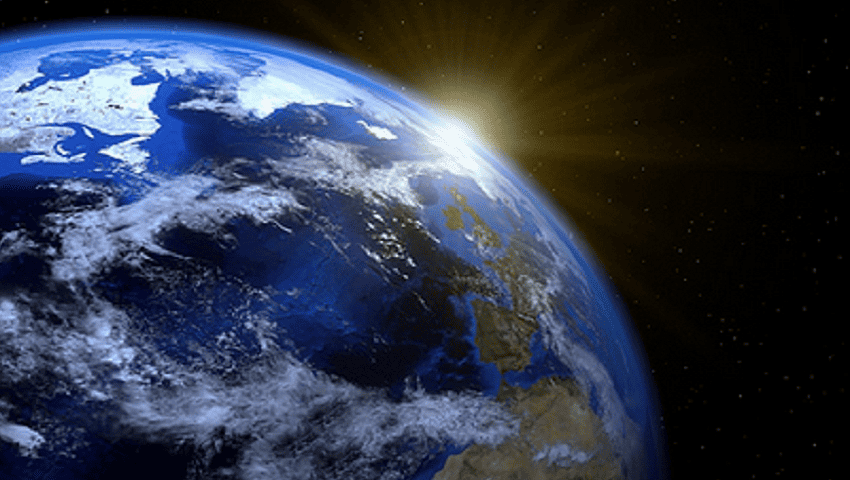 The quantitative model used in the study explains the enigmatic melt degrees and layered structures observed in most cratons on Earth. Credit: Monash University
More on:
early earth

Digging deep into the planet’s past, Australian geologists have discovered why no trace remains of the continents formed in the first 500 million years of Earth’s history.

Their paper, published in the journal Nature, uses mathematical modelling to simulate the conditions of the early Earth and answer key questions about how the continental plates – in particular, cratons – evolved.

Today, plate tectonics is a familiar idea: continents and ocean plates slowly slip and slide around the globe over millennia, sometimes thrusting up to form mountains and sometimes sinking down to be melted in the viscous convective flows of the mantle.

But the early days of this great geological recycling process are poorly understood, precisely because rocks from this era no longer exist. Though the Earth is 4.5 billion years old, geologists only have a very hazy idea of the planet’s first 1.5 billion years of existence – which was a crucial period, according to the study’s lead author, Fabio Capitanio, from Monash University.

“This was the time of formation of the first continents, the emergence of land, the development of the early atmosphere, and the appearance of primordial life – all of which are the result of the dynamics of our planet’s interiors,” he explains.

With his team, Capitanio used computer-generated numerical models to reproduce the early Earth, specifically looking at the transition from the Hadean to the Archaen.

In the Hadean – the first 500 million years of the planet – the crust appears to have been completely recycled so almost no trace remains today, while in the following billion years, the Archean era, we begin to see rigid continental “keels” forming beneath bits of crust, allowing these layered slabs to be preserved as cratons.

“The geological record suggests that the very early continents did not survive and were recycled in the planet’s interiors, yet this trend dramatically inverted approximately four billion years ago, when the most enduring piece of continents, cratons, appeared,” Capitanio. says

Cratons are generally found at the heart of continents, thus surviving the endless cycles of rifting and merging. They are made up of the two topmost layers of the Earth: the crust and the upper part of the mantle (which acts as a “keel”). These are the only places in the world that contain traces of Hadean rocks, found as tiny crystals; the Jack Hills in Western Australia, for example, sit on the Yilgarn Craton and are home to 4.39-billion-year-old zircon crystals.

Capitanio and team have now helped explain why the Earth’s earliest continental crust in the Hadean mysteriously disappeared, and why cratons began to form.

Their simulations show that the release of internal primordial heat from the planet’s formation – which would have been three or four times greater than the amount released now – caused the upper part of the Earth’s mantle to melt. This oozed up to the surface as magma, or molten rock, to form new crust. The parts of the mantle left below were depleted and went on to form rigid “rafts” or “keels” that shielded the crust above – thus creating the cratons we see today.

“Our results explain that continents remained weak and prone to destruction in their infancy, about 4.5 to 4 billion years ago, then progressively differentiated and became rigid over the next billion years to form the core of our modern continents,” Capitanio says.

“The emergence of these rigid early continents resulted in their weathering and erosion, changing the composition of the atmosphere and providing nutrients to the ocean, seeding the development of life.”

Originally published by Cosmos as Continents ‘prone to destruction’ in infancy