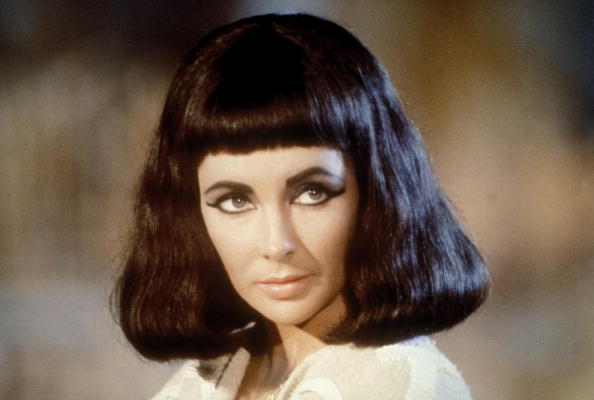 Elizabeth Taylor playing Cleopatra in 1962. The ancient queen's dynasty was doomed by volcanoes half a world away. Credit: Keystone-France/ Gamma-Keystone

Way back, around 221 BCE, some of the locals in Egypt noticed that the great kingdom was starting to go to the dogs.

Internal uprisings were common, with as much as half the country in rebel hands. The Seleucid emperor Antiochus III the Great was leading his troops and making serious incursions on the border.

Most likely, the obnoxious Ptolemy didn’t help (or perhaps even notice), but new research indicates that even the wisest of heads could not have prevented the decline of Egyptian prosperity that began under his rule.

According to multidisciplinary research conducted by a team led by historian Joseph Manning from Yale University in the US, by that stage the climatic fix was well and truly in. Volcanic eruptions elsewhere in the world were dramatically affecting rainfall in the area, and Egypt’s precious lifeline, the Nile, was in big trouble.

In a paper published in the journal Nature Communications, Manning’s team reveal how combining several disparate pieces of evidence allowed them to make deductions about climate change during the Ptolemaic Period (305-30 BCE) with a high degree of confidence.

The researchers chose that particular period – ruled by a dynasty that emerged after Alexander the Great laid waste to the country, and ending with the death of Cleopatra VII – because it was a society concerned with documenting itself, and therefore major events are recorded with a high degree of accuracy.

The object of the exercise was to detect any effects felt by Egypt of a number of tropical and high-latitude volcanic eruptions that took place during a 2500-year period. The dates of the eruptions are well known, because of evidence left in ice-core records.

To draw their conclusions, the scientists first constructed climate models based on data from modern eruptions. These were then combined with information contained with the Islamic Nilometer – an extraordinary structure on the Nile which allowed people to precisely measure the height of the river water between the years 622 and 1902 CE.

The final data source came from the Ptolemaic period itself: numerous papyri and inscriptions, recording details about Nile floods.

Using all the information to hand, the team was able to recreate the likely flood and climate patterns of Egypt during the time of the Ptolemys, and found that reduced levels of the agriculturally essential summer Nile flood coincided with the impacts of the distant eruptions.

“In years influenced by volcanic eruptions, Nile flooding was generally diminished, leading to social stress that could trigger unrest and have other political and economic consequences.”

The link between volcanic eruptions and reduced flooding, the scientists determined, was because of the gases flung into the atmosphere. These gases form aerosols which then remain – in decreasing concentrations – for a couple of years.

When at high density, the aerosols reflect solar radiation back into space. This in turn leads to reduced surface temperatures and a lower level of evaporation from bodies of water. With less water diffused in the air, rainfall, naturally, decreases, reducing the size of the Nile flood.

“Egypt and the Nile are very sensitive instruments for climate change, and Egypt provides a unique historical laboratory in which to study social vulnerability and response to abrupt volcanic shocks,” says Manning.

He notes that in more recent times poor Nile floods have coincided with volcanic eruptions 1783 in Iceland and 1939 in Alaska.

The research reflects a growing interest in paleoclimatology, and specifically the previously hidden impact of environmental influences on ancient history.

This month, too, US publishers Princeton University Press published The Fate of Rome by University of Oklahoma classics professor Kyle Harper. In the book, the author argues that the Roman Empire ultimately fell because it existed “on the edge of tremendous natural climate change”.