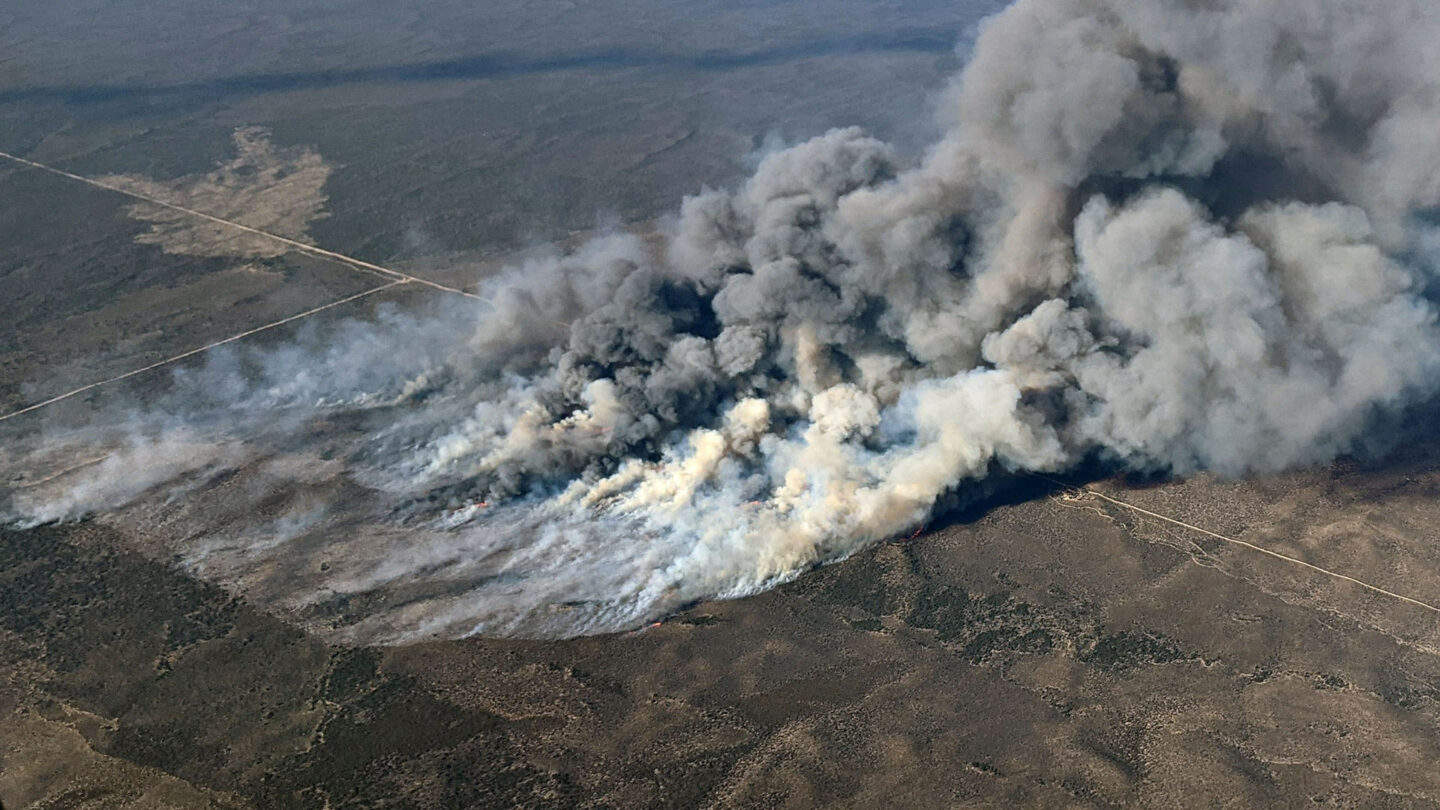 The climate crisis is making bushfire fighting harder and more dangerous. A South Australian startup is banking on aerial surveillance technology to be part of the solution.

Bushfires are getting hotter. They’re getting faster. Traditional firefighting techniques are under pressure. So the pressure is on to get smarter in this life-or-death struggle.

When a fire’s burning, dense smoke can obscure the landscape for kilometres. Wind shifts and changing terrain and foliage can send fires in surprising new directions. It takes time for firefighters on the ground to position themselves for the greatest effect.

“There’s smoke. There’s dust. There can be lots of fire trucks going all directions,” says FireFlight Technologies CEO Dr Paul Dare. “It takes being on the fire front to be really aware of the lack of information on the ground.”

It’s a struggle that requires understanding, experience – and awareness. But each of these elements is being stressed beyond its limit as warming climates change terrain and make weather patterns less predictable.

Dare was a long-term South Australian Country Fire Service (CFS) volunteer. He’s keenly aware of the need for firefighters – and their commanders – to step up to a new level. So he’s done something about it.

“There’s a lot of innovation going on,” he says. “Things are changing very rapidly. I remember 10 years ago, the idea of having a GPS truck sounded very futuristic. These days, you know, you’ll find fire trucks with multiple GPS and iPads – and just about everyone on the truck has got a smartphone.”

Being a pilot also gave Dare an appreciation for the power of a birds-eye view.

Now his Adelaide-based startup has been awarded a $100,000 grant to trial its real-time bushfire mapping system with the CFS.

“That’s my goal – to take that birds-eye view and give it to the incident controllers and the unit commanders so they can make better, faster decisions,” he says.

In the hot seat

Imagine that firefighters on the ground can “see” through thick smoke to the seat of the fire, or that commanders can watch the flames advance in real time. Such information could save property and lives. This is what’s being tested over South Australia this summer.

The thermal imaging technology at the heart of Dare’s system can see through kilometres of smoke to detect exactly where the flames are burning. That, he says, is crucial when it comes to predicting the fire’s path.

“We can generally pinpoint the hotspots down to better than 10 metres in many cases,” he says.

But having insight into the speed, direction and heat of the fire is just the starting point.

“The other live information we get from the camera system is contextual,” says Dare. “We can see features such as trees, creeks, roads, buildings – even cars. Anyone looking at the map would recognise these features and understand the implications.”

Such knowledge is powerful.

“There are two ways of thinking about it. First, the chief is back at headquarters with a strategic view. They can move a dozen fire appliances from one side of the fire front to the other. This can take hours to achieve.

“Then there are the people on the fire trucks. They’re approaching the fire much more tactically. Their decision making is going to be based on seconds and minutes.”

The technology has already been put through its paces. Data from the sensor was relayed to defence personnel during the 2019–20 Kangaroo Island bushfires. It’s also been used during recent wildfires in Montana and California.

No two firefighting services are the same, Dare says – and that’s to be expected. Each has to contend with their own terrain, ecology and community services.

Some need to see the big picture unfolding in front of their eyes. Others want to get specific local information down to individual appliances as fast as possible.

“So what we’ve done is we’ve put together a lot of different system components – thermal imaging cameras, processors, algorithms, GPS, inertial measurement systems,” says Dare. “We pulled them together and wrote many, many thousands of lines of code to integrate them.”

And that’s just the start.

“Then we have to consider how we’re going to get these geospatial fire maps to the ground and into the hands of the right people. And that’s a whole new bag of problems – data transmission, file formats, interoperability.”

Integration is a core challenge, Dare says. Consider that different manufacturers have their own IP-protected systems. So, for instance, getting a thermal camera to talk to a GPS isn’t as simple as it may sound.

“We’ve tried to manage that as best we can,” he says. “That’s why we build and supply our own hardware. We make a set of equipment work together and put it in a box that can be bolted on a helicopter or plane. We give the pilot a portable computer to control it. That way, we know it’s all going to work.”

But it also has to handle different types of power supplies, data interfaces and cockpits. Not to mention individual pilots, safety regulations and operating procedures.

“We have to make sure that whatever equipment and data we provide can be very seamlessly integrated into the information system they already have in place,” Dare says.

The FireFlight aircraft is operating out of Aldinga, in McLaren Vale, about 40km south of central Adelaide. Dare and his team will be on standby for the remainder of the season.

“We’re running a trial with the CFS so that we can understand how to collect data that’s useful to them and push it into their systems,” he says. The CFS Fire Behavioural Analysis unit will evaluate the use of the mapping service once the season is over.

Currently, FireFlight is only piping its live data direct to firefighting agencies. Ultimately, Dare hopes to make it as widely available as possible.

“The easiest way to do that is just put it on a website in the same way as you might go to the Bureau of Meteorology to look at rain radars. Knowing where a fire is this very moment in time could be a useful layer of data.”

But that’s not as simple as it may sound. When a fire’s burning, people will be making life-or-death decisions. And that makes the ease and accuracy of interpreting these maps crucial.

“Can we expect [non-firefighting-trained] property owners to make good decisions based on the data?” asks Dare. “Is this going to change their decision-making process? How can we be sure that they’re interpreting the data correctly?”

Dare says it’s not like looking at a rain radar, deciding to step outside without an umbrella – and then getting rained on. “That’s not so much of a disaster. But if you decide to turn left down a road during a fire emergency rather than right, and you end up in the fire front…”

This is why finding ways to clearly indicate the age and reliability of fire mapping data will be crucial.

“We’re at the beginning of the journey,” Dare says. “But we’re certainly not going to be going back to the old way of doing things. Fires are certainly getting much worse. And new technologies and innovation will have to become a big part of firefighting.”

Originally published by Cosmos as Bushfire eye in the sky