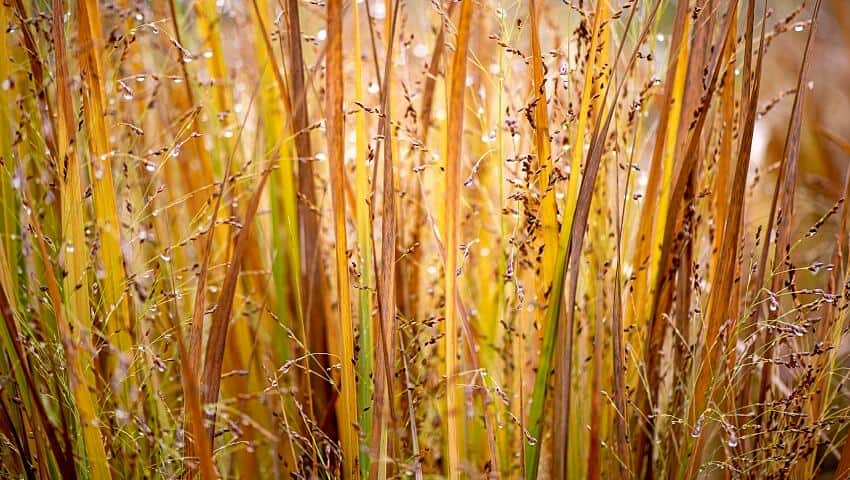 A genetically modified common grass can remove toxic military waste from soil, according to a paper published in Nature Biotechnology.

A team of researchers, led by Neil Bruce and Liz Rylott from the Centre for Novel Agricultural Products (CNAP) at the University of York, UK, demonstrated that a genetically modified switchgrass (Panicum virgatum) could detoxify RDX, a military explosive leftover from live-fire training, munitions dumps and minefields.

RDX has been a major component of munitions since World War 2, and extensive use for military training has resulted in groundwater pollution. It resists degradation in the ground and therefore is very difficult to properly remove.

Presently, around 10 million hectares of military land are contaminated with RDX, they say in their paper. Previous reports show that concentrations above 1235mg of RDX per kilogram of soil can have observable negative effects on the environment.

“The recalcitrance of RDX to degradation in the environment, combined with its high mobility through soil and groundwater, mean that plumes of toxic RDX continue to spread below these military sites, threatening drinking water supplies,” says Bruce.

The demand for military explosives means that RDX will continue to be manufactured and used on a massive scale well into the future, the authors assert in their paper. This means other methods are necessary for rehabilitating soil.

But according to Rylott, “the removal of the toxic RDX from training ranges is logistically challenging and there is currently a lack of cost-effective and sustainable solutions”.

The GM switchgrass was planted around a US military site and grew well, and the RDX taken up by the plant was degraded to non-detectable levels.

Rylott notes: “Our research demonstrates how the expression, in switchgrass, of two bacterial genes that have evolved specifically to degrade RDX give the plants the ability to remove and metabolise RDX in the field at concentrations relevant to live-fire military ranges.

“We demonstrated that by inserting these genes into switchgrass, the plant then had the ability to degrade RDX to non-detectable levels in the plant tissue.”