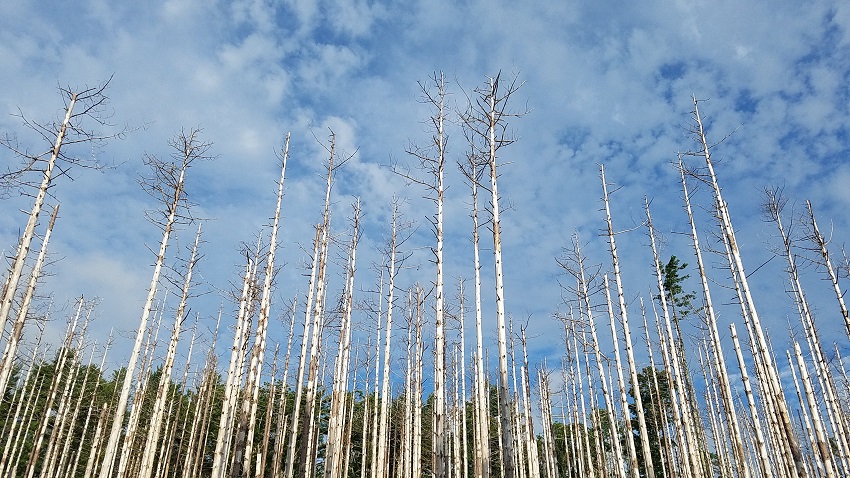 Researchers have found a way to predict how non-native herbivorous insects could become seriously invasive, a conundrum they say has baffled scientists for more than a century.

Global trade has transported the little six-legged castaways away from their native habitats, increasing the prevalence of non-native species in foreign ecosystems.

While most of these insects have minimal impact, a small minority causes damage amounting to at least US$70 billion globally every year, by spreading diseases to humans and livestock, eating crops and damaging forests and ecosystems.

“This single invertebrate class (~2.5 million species) is therefore probably the costliest animal group to human society,” write Corey Bradshaw and colleagues, who are not involved in the study.

Until now, scientists haven’t been able to predict which insects are likely to become the next harmful invader, an issue that Patrick Tobin from the University of Washington, US, and colleagues addressed with forest destruction.

“What makes the bad invaders so special?”, he says. “That has been the million-dollar question, for decades.”

Commonly held assumptions were the “enemy release” and “defence-free space” hypotheses, proposing that the party bombers’ success derived from their lack of coevolved natural enemies or their host’s lack of coevolved defences, respectively.

But, although there is some scientific support for these theories, they haven’t been able to foretell the brunt of non-native insects.

Therefore, first author Angela Mech and colleagues write in the journal Ecology and Evolution, “Simultaneous consideration of multiple traits of non-native insects and their hosts may better predict the probability of high-impact invasions.”

Drawing on the evolutionary history of insect-plant interactions, the team focussed on North American conifers – cone-producing trees including pine, cedar, fir and spruce.

They identified nearly 60 non-native conifer-specialising insects and created a comprehensive database of more than 25 factors that could shape each one’s impact on their new hosts, including their life-history traits, characteristics of the trees they attack and their evolutionary relationships with the native and new hosts.

For example, the balsam woolly adelgid (Adelges piceae) – a wingless, sap-sucking insect from Europe that infests and kills fir trees – has killed more than 100,000 acres of trees across the Pacific Northwest. Another, the red pine scale from Asia, has annihilated New England forests by sucking on the trees’ inner barks.

Unexpectedly, the researchers found their impact had more to do with the evolutionary history between the new host tree and the insect’s native host tree from back home than with the insects’ own characteristics.

“In the past, research has focused on aspects of the insects themselves,” says Mech, “but we realised that wasn’t the case at all.”

Molecular tools that enable scientists to construct comprehensive phylogenies (maps) of how tree species evolved was key to their breakthrough.

For example, if pine trees in Asia and North America diverged tens of millions of years ago, the North American pine is not likely to have retained defences against an insect that only lives with the Asian pine.

On the other hand, two pines on both continents that share more evolutionary history and diverged more recently could still have similar defences.

To use the model, all that’s needed to determine whether any trees are at risk is information about the insect’s feeding method (wood, sap or leaf feeder, for instance) and what trees it feeds on in its native range.

In effect, it can pinpoint the evolutionary “perfect storm” for conifers, where the invasive insect still recognises the new tree as a food source, but the tree hasn’t retained adequate defences to protect itself.

“This has the potential to profoundly change how we predict the impact of non-native species and prioritise limited resources used to mitigate these impacts,” says Tobin.

The team is building a similar database for hardwood trees such as maple, oak and ash, and all databases will be publicly available for other scientists. They are also developing a mobile app for foresters to predict potential insect threats if a certain species of tree is planted in a specific location.