Home ■ Earth ■ Climate ■ Where does wind come from? Camped on the banks of the White Nile in Uganda miles from anywhere, I’m suddenly interested in renewable energy.

The drizzling rain has washed the solar panels into a deep slumber while the wind turbine sways uselessly back and forth in the light breeze.

Where does the wind come from? I ask those around me half hoping the wind might respond to the attention and pick up a little. “Never thought about it”, “hmm – I don’t really know”, “the north-west!” I modify the question slightly, seeking the cause, and the prevailing response is “gravity”. I’m a little shocked.

Had I asked the ancient Greeks, the unanimous response would have been that the god Zephyrus caused the winds. We surely know that this is untrue. So, the answer to where the wind comes from is: the Sun. But why is this so?

The surface of the Earth varies in shape and consistency. We have mountains, plains, canyons, deserts, forests, lakes and seas. They absorb sunlight to different degrees, leading to local temperature differences. In warmer areas the hot air expands and rises, causing a decrease in air pressure. The surrounding air, which is at a higher pressure, is sucked in to replace the rising air.

It is a common occurrence at the seaside. During the day the land and the air above it heats up more than the sea, drawing the cooler sea air over the land in an onshore breeze. Every summer the citizens of Western Australia rely on their Fremantle Doctor, which blows in to cool an overheated city around 2pm each day.

Notwithstanding the feeble attempts of my turbine by the White Nile, there is an enormous amount of energy to be harvested from wind. To do that, we need to convert the kinetic energy into mechanical energy. However, no matter how clever we are, we can never capture 100% of the total wind power. Quite apart from losses to friction, according to the 1920 calculations of Albert Betz, a German physicist and pioneer of wind turbine technology, the best we can hope for is about 60%.

It seems physicists just can’t help calculating things and making predictions. Clearly faster winds have more energy, but how much more? Similarly, wind turbines with a larger surface area will capture more wind and should produce more power – but how much more?

This turns out to be relative easy to predict. The kinetic energy of wind is calculated the same way as for any moving object. It is proportional to its mass (m) times its velocity (v) squared or ½mv2. For wind, we’re talking about the mass of the moving air and wind speed. So if you double wind speed, you might think you get four times the energy. But when the speed doubles, so too does the amount of wind passing through a given region. So to calculate the energy that a turbine might capture when the wind speed doubles, you multiply by four (the square of the velocity) and two (the mass of air crossing the blades). The result is an eight-fold increase in energy when the wind speed doubles. The general rule is that wind energy increases in proportion to the velocity cubed.

This is what makes wind power so appealing and why windswept Denmark now has 30% of its electrical energy supplied by wind. But windy Denmark seems a long way away as I glance up wistfully at my limp turbine.

So “what causes the wind?” On reflection, maybe the Greeks weren’t all wrong in looking to the gods for an explanation. After all, it is Helios the Sun god who causes the wind to blow. 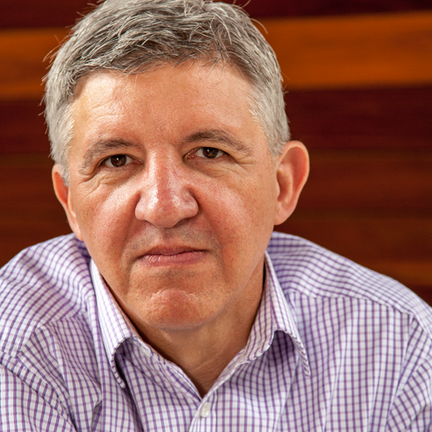