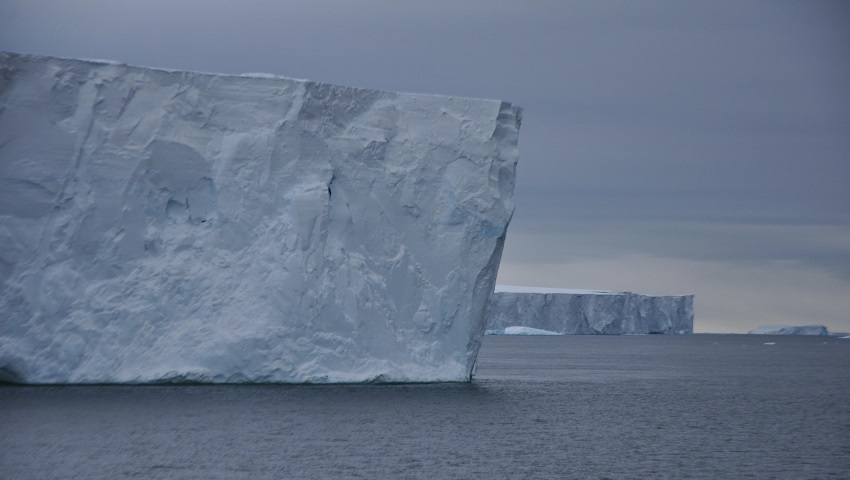 The Earth warmed by an average of around 0.6 degrees Celsius during the Twentieth Century, an increase the 2001 Intergovernmental Panel on Climate Change (IPCC) report stated was likely due to a rise in greenhouse gas emissions.

But the average global figure hides a lot of variation in the rate, magnitude and geographical distribution of warming.

In the early 2000s, three areas were identified as having been subjected to “recent regional rapid warming”; their rates of warming were far faster than the IPCC’s global average.

North-western North America, the Siberian Plateau in northeast Asia, and the Antarctic Peninsula and Bellingshausen Sea had all warmed by more than 1.5 degrees between 1950 and 2000, compared with a global mean of 0.5 degrees.

Now, a study published in the journal Scientific Reports has been revealed that ice shelves in the eastern Antarctic Peninsula have been thinning for hundreds of years.

As a result, the research team led by William Dickens from the British Antarctic Survey believes, they may have been predisposed to collapse. {%recommended 8903%}

To investigate past drivers of ice-mass loss and their present-day effect, Dickens and his colleagues created a 6250-year record of glacial meltwater discharge by analysing oxygen variants (isotopes).

The isotopes were in single-celled algae preserved in a marine sediment core from the north-eastern tip of the Antarctic Peninsula. Lower isotope values correspond to higher glacial discharge of fresh water.

The study found that an increasing trend in glacial discharge occurred after the year 1400, and that it reached unprecedented levels after 1706. Another marked acceleration in glacial melting occurred after 1912.

The findings suggest that ice shelves in this region have been thinning at an accelerating rate for approximately 300 years, which may predispose them to collapse as anthropogenic global warming intensifies.

The authors suggest accelerated thinning was in part linked to the Southern Annular Mode (SAM), also known as the Antarctic Oscillation – the north-south movement of the belt of westerly winds that circle Antarctica.

They believe that shifts in the SAM drove stronger westerly winds, atmospheric warming and ice shelf melting on the eastern Antarctic Peninsula, while also pulling warm water into the Weddell Sea Gyre, potentially increasing melting on the undersides of ice shelves.

The gyre is created by interactions between the Antarctic circumpolar current and Antarctica’s continental shelf.

Similar and more frequent shifts in the SAM observed more recently may reflect the dominant influence of greenhouse gas levels and ozone depletion and lead to faster ice-mass loss in the future.