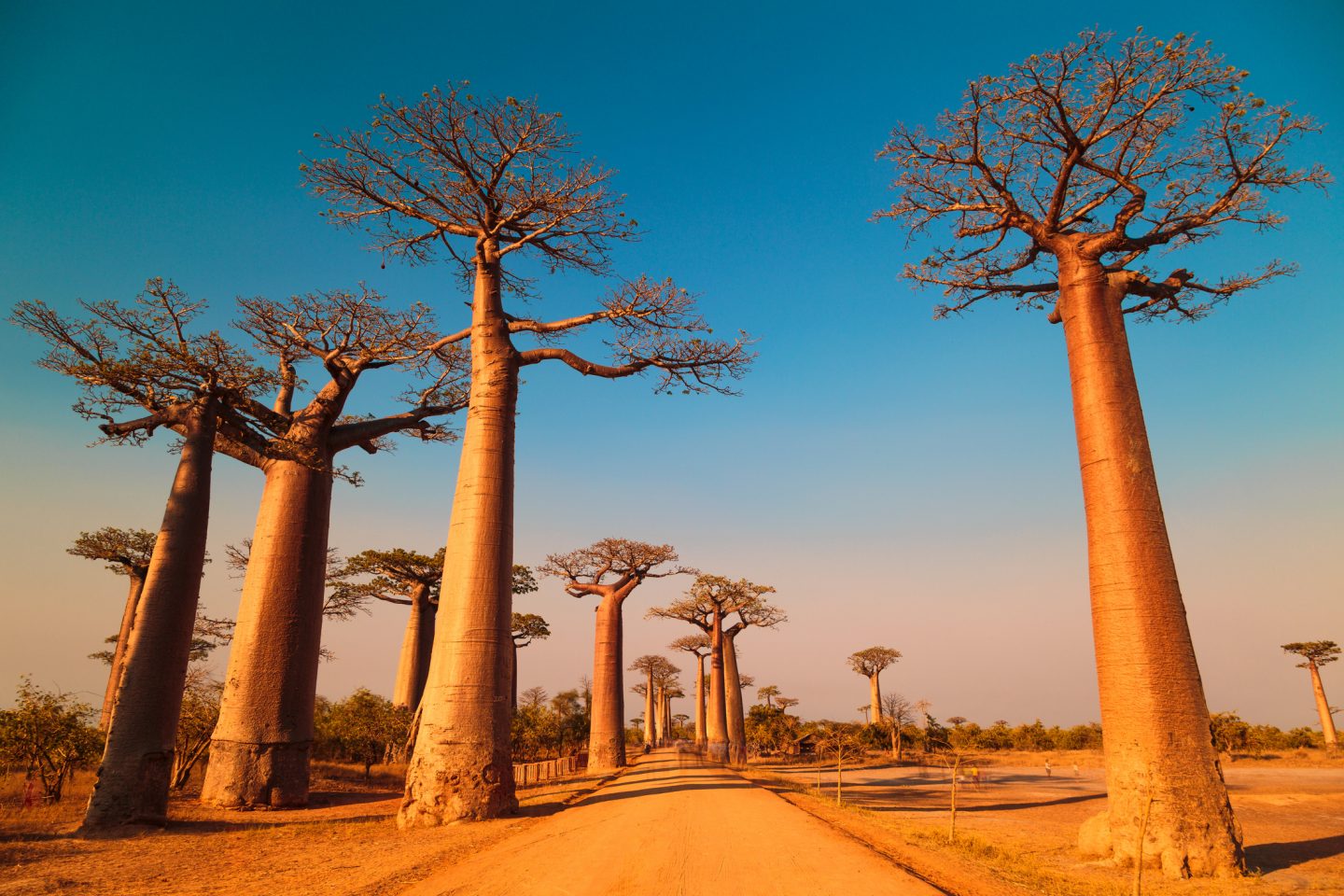 In recent years, many of the largest and oldest African baobab trees have either died or have lost their oldest sections, new research reveals.

The study, published in the journal Nature Plants, suggests that significant changes in regional climate could be to blame.

The African baobab (Adansonia digitata) is by far the largest and longest living flowering tree in the world. Widespread throughout savannah regions in Africa, baobabs can achieve girths of more than 35 metres, wood volumes of 500 cubic metres, and reach ages of more than two millennia.

Until recently, the growth patterns and architecture of baobabs were poorly understood. Dissecting a dead, collapsed structure doesn’t quite reveal what grew when. Moreover, tree ring analysis can’t provide a clear picture of a baobab’s growth history, because baobabs have hollow cores and their tree rings tend to be either non-existent or too faint to accurately count.

Over the past 13 years, Adrian Patrut of Babeş-Bolyai University in Romania, together with colleagues in South Africa and the US, used radiocarbon dating of multiple sections of live baobabs to reveal that these trees have an incredibly complex structure.

They found that baobabs begin growth as a single-stemmed plant, but over time they periodically produce new stems, much like other trees grow new branches. Eventually, these stems form a ring that fuses together around a hollow centre. No other known tree species does this.

Between 2005 and 2017, Patrut and colleagues surveyed 60 of the largest and oldest African baobab specimens known, all in southern Africa. They observed a disturbing pattern: eight of the 13 oldest treees, and five of the largest six, had either died entirely, or lost their oldest stems.

This included a baobab named ‘Panke’ in Zimbabwe. Beginning in 2010, over the course of a year or so, Panke’s stems collapsed one by one. Radiocarbon dating revealed the tree had been approximately 2450 years old. It had been the oldest known flowering plant in existence.

In 2016, another exceptional example died. The Chapman baobab in Botswana had three generations of stems ranging from 500 to 1400 years old, all of which died in close succession that January.

Meanwhile, numerous others, including the massive, nearly-1000-year-old Platland baobab in South Africa, have lost their oldest stems, often accounting for half the tree or more in the process.

These incidents are part of an unprecedented rise in natural deaths of mature baobabs. There are no signs of an epidemic.

“We suspect that the demise of monumental baobabs may be associated at least in part with significant modifications of climate conditions that affect southern Africa in particular,” say Patrut and his colleagues in the new paper.

These changes in climate include a severe El Niño–linked drought in 2015 and 2016, as well as a rise in near-surface temperatures over the past five decades at more than twice the global rate.

Patrut and colleagues propose that further research into the interaction between baobabs and their changing regional climate may help explain why so many older baobabs are now struggling to survive.