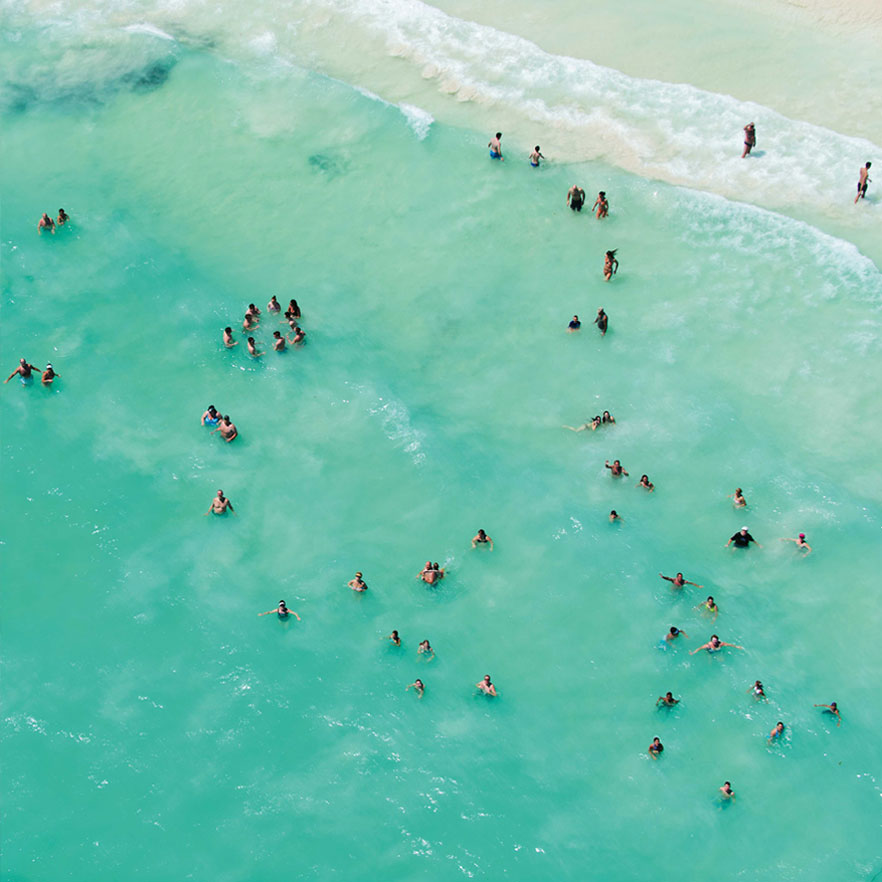 It is estimated there is enough salt in the world’s oceans to cover all the planet’s land surfaces with a layer about 40 stories thick. But seawater wasn’t always so salty; when the Earth’s oceans first formed about 3.8 billion years ago, as the surface of the planet cooled enough to allow water vapour to liquify, the oceans were mostly fresh water. So where did all the salt come from?

It came from rock, laden with elemental salts including sodium, chlorine and potassium, that was spewed forth as magmatic material by massive volcanos from the depths of the planet.

Enter erosion, the process liberating these salts from their rocky prison, thanks to an atmosphere dominated by gases including nitrogen and, importantly, carbon dioxide.

When mixed with water (H2O), carbon dioxide (CO2) can form carbonic acid (H2CO3), a weak but corrosive acid. This carbonic acid rained down on salt-rich rock, slowly breaking through and releasing the trapped salt into rainwater. The runoff slowly carried the salt to nearby lakes and rivers, which in turn carried it to the seas. Although the amount deposited by any one outlet was small, the contribution of millions of outlets over millions of years gradually raised the salinity of the oceans. The process continues.

Along the way from rock to sea, a fair proportion of the salt released from rock is used by living things. Salt is crucial to both plant and animal life, regulating the amount of fluid in cells and neuron function. When an organism dies and decomposes, the salt is freed to continue its seaward journey.

Acid rain isn’t the only way the seas are fed with salt. Ongoing volcanism still has an important role to play. Hydrothermal vents allow seawater that has seeped though the rock of the oceanic crust to return to the surface. The water is superheated from magma below, and as it travels up it dissolves minerals locked in the crust, erupting as mineral-rich steam.

A similar process involves the interaction of submarine volcanoes with surrounding seawater. Submarine volcanoes are comparable to their above-ground relatives except that their lava cools much more rapidly, allowing for speedy growth. Magma erupting through submarine fissures boils the surrounding water, which then dissolves salts in the cooling rock to escape in a manner similar to hydrothermal vents. Many of the worlds islands were formed by this process, releasing thousands of tons of salt in the process.

While seawater contains, on average, about 35 grams of salt per litre, the oceans and seas are not uniformly salty; generally the closer you get to the poles the less saline the water becomes, as fresh water released from the ice of the frozen poles dilutes the concentration of the salt.

There is still one question left: if most of the salt in the sea comes via rivers and streams, why are they not also salty? The simple explanation is that they do contain salt, but the concentration is much lower, and the salt flows rather than accumulates. It is estimated that each year four billion tons of dissolved salts are carried to the sea by rivers.

So is the ocean getting saltier? The answer right now is probably not. The input of salts is balanced by salts being buried underground by the movement of tectonic plates, the flow of freshwater and a host of other processes.