The history of women in science doesn’t just go back to tales of female scientists and philosophers such as Hypatia of Alexandria; it also extends some 6,000 years back to ancient empires in Mesopotamia, the cradle of civilisation.

Many of these women’s names have since been lost in time and all that remains of them are depictions of their likenesses in stone carvings. But one of the first women whose name we do know belongs to that of a Babylonian chemist: Tapputi-Belatekallim (c.1200 BCE).

Archaeologists found a record of her work in clay cuneiform texts dating back to 1200 BCE. In ancient Babylon, perfumes were not just cosmetic scents for beauty purposes: they were fragranced substances that were required for medicinal purposes and religious rituals alike.

As a royal perfume-maker, Tapputi wasn’t just the head of her own household (which is what “Belatekallim” means); she is spoken of as being an authority in her field and the official overseer of perfumery in the royal palace.

As any modern-day perfumer will tell you, the creation of perfumes – even for cosmetic reasons alone – doesn’t just entail mixing up scents to see what smells nicest. It requires an intimate knowledge of chemistry and an understanding of technical processes such as extraction and sublimation. Tapputi wielded these skills well over a millennia ago.

We know little of Tapputi’s background or personal life, but history has left us with one of her recipes: a fragrant salve for the Babylonian king. In this fascinating relic, Tapputi takes the reader through the step-by-step routine necessary to produce a royal ointment containing water, flowers, oil and calamus, which may either refer to lemongrass or a reedlike plant that is still used in perfumes today.

She describes the process of refining the ingredients in her ‘still’: a chemical apparatus for distilling and filtering liquids. Advanced versions of such equipment remain in use in labs today, but Tapputi’s reference to a still is the oldest in human history. That makes her one of the earliest chemical engineers that we know of.

Tapputi is not the only woman mentioned in the cuneiform tablets about perfumery. Another female chemist is noted in these records, though the first half of her name has been lost. We only know her as “[–]ninu”, though she is described as the author of a text on perfume manufacturing.

It’s not surprising that women were so intimately involved with chemistry. The list of equipment used seems to be co-opted straight from a Babylonian kitchen or adapted and modified from everyday utensils and cookware. This appears to suggest that women were chemistry’s earliest adopters and innovators, and that there is a lot less separating the art of cuisine from the science of chemistry than many people may think. 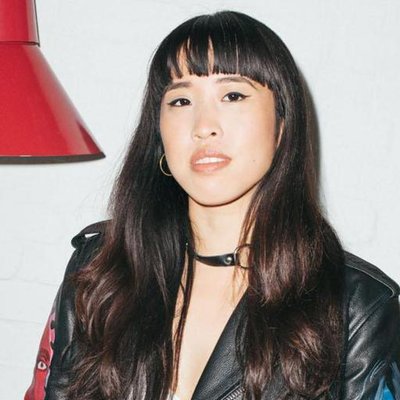