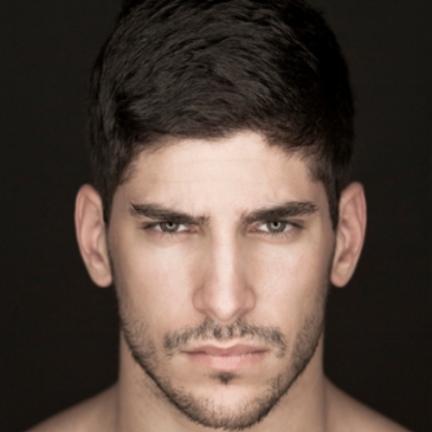 Testosterone is linked with both healthy immune function and facial attractiveness in human males, but stress hormones can disrupt this relationship. Credit: iStockphoto

LONDON: Women are subconsciously attracted to men with a high immune system, a new study suggests.

A paper published in Nature Communications today has found a relationship between testosterone, stress hormones, male facial attractiveness and a healthy immune system.

“The more antibodies a man produces in response to a vaccine, the more attractive his face,” said Fhionna Moore, co-author of the study and a psychologist at the University of Abertay Dundee in Scotland.

A basic notion in evolutionary biology is that there are trade-offs: if an individual is spending more on one thing they will spend less on the other. Testosterone is a costly hormone that is integral for the development of uniquely male traits – some of which are used to entice females of the same species – but it can also suppress the immune system.

There is a limited amount of energy and resources that can be invested in developing male physical attributes and health, so logic states that if an individual invests significantly in external features, he may pay the price in terms of his physical health.

But certain biological attributes or circumstances could allow some males to expend high levels of testosterone whilst maintaining relatively healthy immune functioning. This could mean that a particular male is ‘resource rich’ and can afford excess testosterone without it interfering with an active immune system, which suggests that he can produce healthy offspring – an attractive prospect for females.

Researchers have found, however, that testosterone bears a peculiar relationship to immune functioning throughout the animal kingdom: high or low levels of testosterone are not always correlated with a healthy immune system.

It’s been suggested that the relationship between testosterone and health is influenced by cortisol, a stress hormone. High levels of cortisol are known to suppress the immune system by’blocking’ white blood cells.

So how do cortisol and testosterone interact in sexual signalling, and what respective hormonal levels allow for a strong immune system? In other words, what healthy hormonal ‘cocktail’ is deemed most attractive by females?

Moore and her colleagues administered a hepatitis vaccine to 74 Latvian men in their early twenties. They observed their antibody responses to the vaccine whilst measuring each participant’s levels of testosterone and cortisol. They then asked 94 female students to rank the males’ attractiveness on a 10-point scale.

The team found that men with a strong antibody response to the vaccine – indicating healthy immune function – also had high levels of testosterone, and were perceived as more attractive. Men with low levels of testosterone also tended to have high concentrations of stress hormones, suggesting that their immune responses might have been inhibited by cortisol.

These results suggest that while female face preferences directly correlate with male antibody function, this relationship might be controlled, to some significant extent, by stress hormones.

“The idea is that there are always individuals with good genes who can afford to have high testosterone – to be highly attractive – without paying the cost for this. We need to understand the genetics of this,” commented Dario Maestripieri, a professor of comparative human development at the University of Chicago in the U.S.

“The research makes perfect sense, [and] the question makes perfect sense, so we need similar studies done on different traits. They focused on faces, but you could look at other things. We also need to understand more about the molecular mechanisms through which cortisol and testosterone interact,” he added.

These results were also complicated by other studies, which have suggested that the facial preferences of women might be determined by cultural cues over biological cues.

Moore and her collaborators are now looking at women’s testosterone and cortisol preferences across a number of different countries in addition to social measures of attraction. They are also seeking to identify the specific facial cues of testosterone, stress and health in men.