Home ■ Health ■ Nutrition ■ Why are some people lactose intolerant? 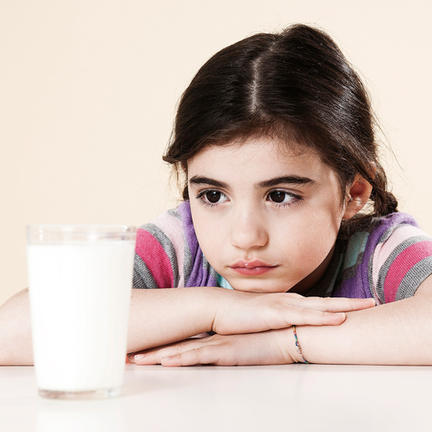 Food can bring people together. But some foods can be a problem for dinner guests.

This enzyme, called “lactase”, is found in the cells that make up the lining of your jejunum and duodenum – parts of your small intestine.

Thanks to lactase, baby mammals can get all the nutrition they need from their mothers’ milk. But growing mammals generally lose this enzyme after they stop suckling. Today, two-thirds of human infants stop making this enzyme around three to five years of age. But one third make the enzyme and can drink milk without discomfort.

Why? About 12,000 years ago, people first acquired the social behaviours needed to leave a nomadic lifestyle and adapt to a sedentary way of life. Then around 11,000 years ago, somewhere between the Zagros Mountains in present-day Iran and Iraq and the Taurus Mountains in present-day Turkey, they started domesticating goats and sheep. Cattle and pig domestication began about 500 years later. The practice slowly spread to Europe.

It takes about eight months for a calf to be weaned. If conditions are favourable, after you subtract the milk needed to raise the calf to independence, you’re still left with some 200 kilograms of milk. This is about the same amount of energy as you would get from eating the cow.

Milk is a renewable food source, with other advantages. Cows eat grass, which is readily available. Cows and humans don’t compete for the same foods.  Secondly, milk is mostly water. This was handy in a drought. Thirdly, milk is not usually contaminated with nasty bacteria. And finally, it contains some useful vitamin D as well as calcium.

But milk also posed a big problem. Back then, only suckling babies and infants had the lactase enzyme in their small intestine needed to digest it.

If adults tried to drink milk, their symptoms would include stomach discomfort, excessive farting, cramps and bloating. Lactose molecules in the colon can also draw in water from the bloodstream, leading to soft stools or even diarrhoea.

Of course, in pre-lactose tolerant peoples, there would be a lot of natural variability in how well they could digest milk. Some adults would cope better than others. How well they coped would depend on how much lactose they consumed in one sitting, how efficient their natural gut bacteria were at breaking down lactose, and so on.

For example, suppose that at the  same time they drank milk, they  also ate other foods. The stomach  passes its contents on to the small  intestine at about eight to 12 kilojoules per minute. Delayed by the other  foods, the milk would pass into and  through the small intestine more slowly, giving the bacteria more time to process it.

Human ingenuity also played a part. We’ve been making cheese for at least 8,000 years. A chemical called “rennet” is found in the stomach of animals. By a wonderful coincidence, rennet turns milk into curds (solid) and whey (liquid). Process the curds and you have cheese. Many cultures have legends about how an ancestor used an inflated stomach to store milk – and accidentally invented cheese.

Cheese has two advantages over milk for the lactose intolerant. It’s lower in lactose. And its higher fat content slows its transit time through the gut, making it easier to digest. Fermented cheeses such as cheddar and feta are quite low in lactose, while aged hard cheeses such as Parmesan have even less.

Evolution eventually allowed our ancestors in Europe and Africa to make the enzyme lactase. This adaptation meant they could survive longer in bad times. Over the long-term lactose tolerant cattle-herders would have about 10 times more fertile descendants than those who could not make lactase after infancy.

This useful mutation spread rapidly. Today, some 99% of Swedish and Dutch people are lactose tolerant – it drops down to 50% in Spanish, French and Arab populations, and to only a few per cent in China.

Lactose intolerance is not black and white.

In some cases, even though your DNA does not make lactase, the bacteria in your gut does. For example, lactose intolerant Somali people living in Ethiopia today can drink 500 millilitres of milk each day without any obvious discomfort. Today, some 40 million Americans are affected by lactose intolerance to some degree.