Home ■ Core Sciences ■ Biology ■ Whale of a problem: why do humpback whales protect other species from attack? 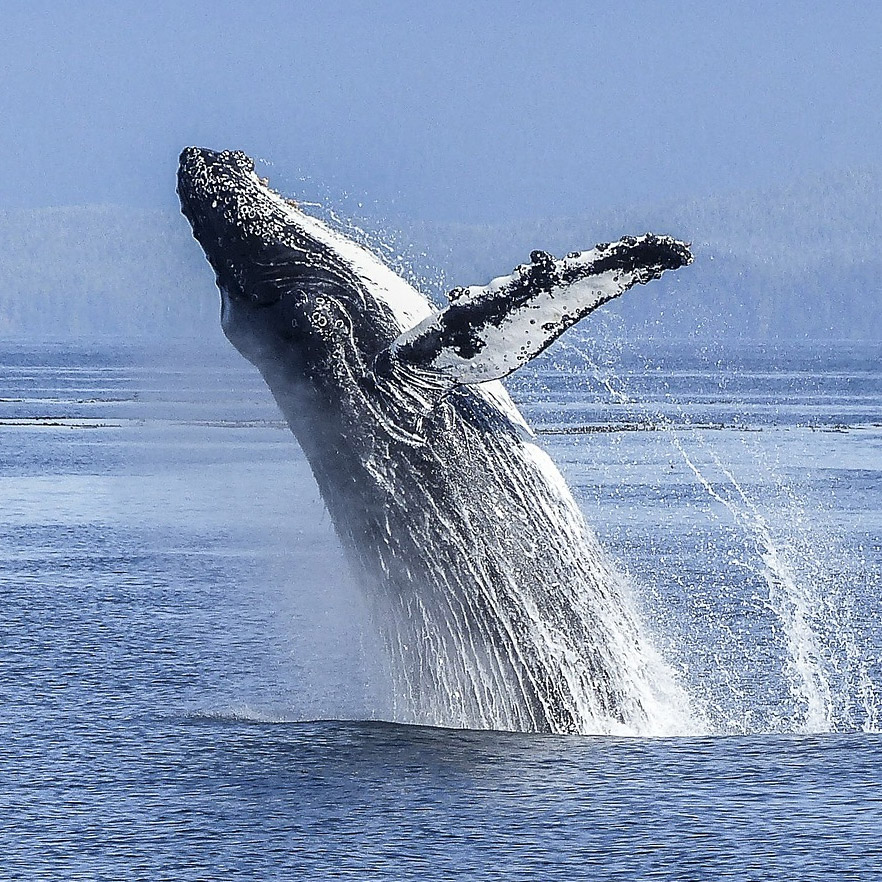 A group of killer whales is on the hunt. They work together to submerge and drown a whale calf. But then more whales appear.

The newly arrived humpbacks bellow a trumpet-like call, and wield their five-metre-long pectoral flippers like swords against the prowling killer whales.

The humpbacks position themselves close to the calf, between it and the killer whales, potentially putting themselves in harm’s way.

This process continues and repeats for many hours, but it is not a calf of their own species – it is a grey whale calf.

You can see the drama unfold as the humpbacks fend off the killer whales.

This is not an isolated case. Robert Pitman, from the National Oceanic and Atmospheric Administration in the US, and his colleagues report more than 100 incidents where humpback whales have approached or actively intervened in killer whale hunting attempts.

Surprisingly, most of these have been predation attempts on other species, such as seals, other whales or even fish.

The question is: why would these humpback whales place themselves in danger by interposing themselves between one of their few predators – killer whales – and an individual of an entirely different species?

You scratch my back…

Altruistic behaviour is some of the most difficult to explain in evolutionary terms. In a biological context, altruism refers to cases where one individual’s behaviour provides a benefit to another individual at a cost to itself.

It doesn’t need to be as dramatic as throwing themselves on a grenade, but even placing themselves at a small disadvantage could jeopardise their chances of surviving and reproducing.

And if they don’t reproduce, then neither do the genes that encouraged the individual to be altruistic. This is why – all else being equal – you would expect altruistic genes to slowly disappear from a population over multiple generations.

But there are cases of altruistic behaviour in nature, particularly among closely related groups. One example is an individual meerkat who calls to alert its group to the presence of a predator, particularly as that call could make the predator more likely to notice the vigilant meerkat.

This kind of behaviour can evolve and remain stable in a population due to a process called kin selection. This is because the meerkat is closely related to the other members of its group, so it shares many genes with them. Even if it does end up sacrificing itself, if it helps its relatives survive, they may also be carrying the genes that encourage altruism.

Other cases of altruism in nature are supported by recriprocation: you scratch my back and I’ll scratch yours.

An example would be vampire bats that share blood meals. They do so on the assumption that their friend will return the favour at some later date.

However, for kin selection or reciprocal altruism to evolve, there needs to be a high level of social cohesion within the group.

For example, individuals need to be able to recognise who is a relative or a friend, and who is not. Presumably, you are less likely to put your neck on the line for a distant relative or for someone who is not likely to repay the favour.

As mentioned above, if an individual is prone to behave in a way that reduces their chance of surviving and reproducing, we would expect the genes that promote that behaviour to dwindle over generations and eventually vanish from the population. And even if an adult humpback puts itself at minimal risk by interfering with killer whales, minimal risk is more than zero risk by avoiding them altogether.

Pitman and his colleagues think there might be more social cohesion among humpbacks than we previously thought, and kin selection and/or reciprocal altruism could be playing a part.

Individual humpback whales return to the same region to breed. This means that there is a good possibility that humpbacks are related to their immediate neighbours. Pitman suggests this means it may be worth a humpback helping other humpbacks to protect their calves from killer whale attacks.

However, it is trickier to explain apparent altruism directed towards other species. Pitman and his colleagues explain that for the humpback whale, this intervention on behalf of other species is a “spillover” behaviour. They suggest it is an extension of the humpback whales’ “drive” to protect their own calves.

Humpbacks may have learned to respond to vocalisations of attacking killer whales, which trigger them to drive the killer whales away, regardless of the species being attacked.

If this tendency to drive away killer whales whenever they are attacking has helped humpbacks to protect their own calves, then the genes that promote it could be maintained in the population, even if other species benefit at times.

This interspecies altruistic behaviour may be “inadvertent” altruism – it can be altruism in the individual case but it is ultimately driven by self-interest.