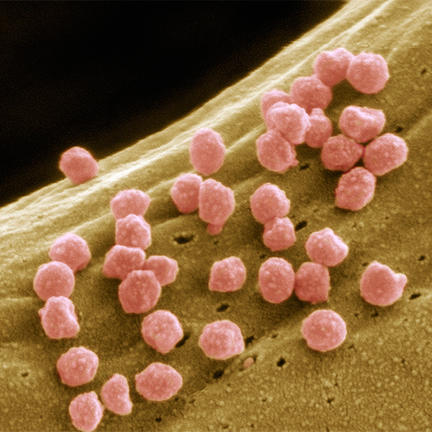 We’ve all heard of friendly bacteria, but a friendly virus? Called the pegivirus, catching it doesn’t make you sick. Instead, it can help the immune system to keep HIV infections in check. Discovered in 1995, scientists do not understand how it works, but that could soon change. Researchers at the Wisconsin National Primate Research Centre recently discovered baboons have their own pegivirus strain, offering a new way to study the oddball virus. Their investigation, published in Science Translational Medicine in September, may inspire new ways to tackle HIV.

The pegivirus is found in about one in every six people, with infections lasting up to a decade before being cleared from the body. It can be transmitted from mother to child, through contact with an infected person’s blood, or sexually. In the US, where the virus is not included in routine blood bank screens, an estimated 1,000 people receive pegivirus-positive blood or blood products each day.

While the pegivirus is genetically related to the hepatitis C virus, it doesn’t cause disease. On the contrary, researchers discovered in 2001 that the pegivirus appeared to protect some HIV-positive patients from developing AIDS. An 11-year study of 362 patients found 56% of HIV-positive people who did not carry pegivirus died. But among those patients infected with the pegivirus, the death rate was only 29%.

How pegivirus thwarts HIV “has really been a bit confusing”, says Stephen Kent, an immunologist at the University of Melbourne. “But if you could mimic that with something that’s more potent – that would be good.”

So what’s the pegivirus’ secret? “That’s the million-dollar question,” says Adam Bailey, lead author of the new study. Researchers need to study the pegivirus in an animal before it can be answered – one where the virus behaves much as it does in humans, happily cohabiting with its host without causing disease. Macaques failed the test: after being given human pegivirus they quickly cleared the infection. Maybe it was a matter of finding a monkey-version of the virus? Primates are known to carry viruses closely related to those we carry. For instance many primate species carry a virus closely related to HIV, called Simian Immunodeficiency Virus (SIV).

So Bailey’s team hunted for a pegivirus that had struck up a long-term relationship with a non-human primate. They found it in 30-year-old samples of baboon blood stashed in a colleague’s freezer. Although that virus was genetically similar to the human strain, when it was injected into macaques it stayed in their blood for up to 200 days without causing harm, long enough for the researchers to study it.

The researchers euthanised some infected monkeys, analysed their tissues for pegivirus RNA, and found most of the virus nestled in the spleen and bone marrow. These are also the tissues where HIV holes up. Pegivirus appeared to be actively replicating only in bone marrow, since removing the spleen of an infected monkey did not change the blood levels of the virus.

The fact that pegivirus and HIV are replicating in the same tissues – though not necessarily in the same cells – offers a further a clue to how pegivirus may thwart HIV, says the study’s senior author, David O’Connor.

When the immune system detects an invading virus, it pumps out more T cells – the infantry of the immune army. Alas that strategy plays right into the enemy’s hands since HIV replicates in and destroys those very cells. More T cells are produced to make up the casualties, giving HIV more cells to exploit. This vicious cycle decimates the immune system.

The researchers found pegivirus seems to slow the recruitment of new T cells from bone marrow. Kent speculates the pegivirus might prompt T cells to make molecules that lock HIV out. For instance the anti-HIV drug Maraviroc acts this way by blocking the CCR5 receptor on T cells.

The Wisconsin team’s next step will be to co-infect macaques with pegivirus and SIV, the monkey form of HIV, to see how the viruses interact. They hope that once they discover how the pegivirus blocks HIV, they’ll be able to mimic the action with a drug.

Today’s antiretroviral drugs are good at keeping HIV at bay – it’s estimated they’ve lowered the number of HIV deaths by two-thirds. But as O’Connor says “there’s a lot of space to help people even further”.