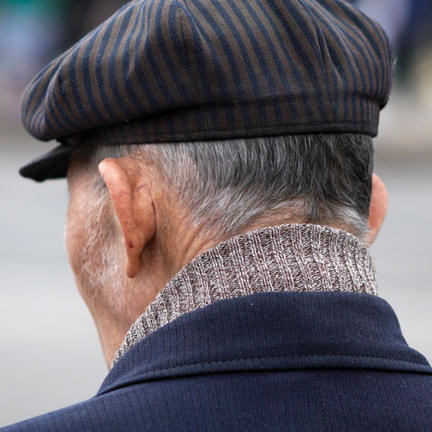 Jürgen Götz was happy to escape to France after his report of a breakthrough treatment for Alzheimer’s disease was published in the journal Science Translational Medicine last month. The treatment involves zapping the skulls of demented mice with ultrasound. While Götz was holed up in his hotel room, journalists, patients and venture capitalists called his cell phone incessantly. He even received calls from technical geeks suggesting design tweaks for his machine. “Even now, I’m still receiving 30 requests from patients each day,” says the University of Queensland-based immunologist.

Other Alzheimer’s researchers are more querulous. “It’s outrageously exciting and it makes no sense,” says Bryce Vissel at Sydney’s Garvan Institute. “Can this be translated to a human?” asks Colin Masters at The University of Melbourne.

Götz did not predict the finding that has electrified the Alzheimer’s community. He admits the idea of ultrasound to treat the disease was “a little crazy”. But there is a logic to it.

Alzheimer’s, like Parkinson’s and many other brain diseases, is associated with protein clumps in the brain. These proteins are soluble when they first appear but start to clump over time. Over decades in humans they become rock-hard, “like grains of sand,” says Masters. Two types of clumping proteins have been implicated in Alzheimer’s: beta amyloid, found outside of brain cells; and tau, inside them. These clumps are indisputably associated with Alzheimer’s. But which protein clump is responsible for the disease has been debated passionately. So much so, researchers often identify as being either “taoists” or “baptists” [beta amyloid peptide-ists], says Vissel.

Baptists have long had the upper hand – largely because people who develop the rare hereditary form of Alzheimer’s inherit genes that increase amyloid production. And yet, despite spending billions of dollars, drug companies’ efforts to treat Alzheimer’s by reducing brain amyloid have failed.

And drugs that completely stopped production of amyloid (secretase inhibitors) made peoples’ memory worse. Does the brain need low levels of amyloid to function – or did secretase inhibitors also stop production of other beneficial proteins?  Antibodies designed to clear existing amyloid clumps were ineffective too. Were the patients who received them too far advanced in their disease to benefit? Or perhaps the antibodies weren’t getting from the bloodstream into the brain where they needed to act.

Götz decided to try a completely different approach when he moved to the University of Queensland three years ago. He was intrigued by a technique developed by Elisa Konofagou at Columbia University in New York to temporarily poke holes in the blood-brain barrier (BBB) using ultrasound. The BBB is the near-impenetrable layer of cells that line blood vessels in the brain. Elsewhere in the body, antibodies, viruses or even cells can slip out of blood vessels and into surrounding tissue – but not in the brain.

Götz wondered whether transiently breaching the walls using ultrasound might flush out soluble amyloid in Alzheimer’s-affected brains, reducing the amount of protein and slowing its clumping. It also occurred to him the method might let antibodies from the blood into the brain. After visiting Konofagou’s lab, he adopted her ultrasound technique.

This involves injecting tiny lipid-coated bubbles (1-10 micrometres in diameter) into the bloodstream and then aiming beams of ultrasound at blood vessels in the brain. Bubbles hit by ultrasound rapidly expand and contract, battering the BBB – which the scientists suspect momentarily nudges apart the densely packed cells that form the barrier.

Götz and student Gerhard Leinenga tested the technique on mice that overproduce amyloid and suffer from memory defects. They slowly passed an ultrasound machine across the mouse’s head for five minutes, delivering a few milliseconds of ultrasound at each point, and repeated the procedure weekly.

After six weeks, it seemed the treatment had failed. No amyloid was found in the bloodstream.  Yet when the researchers looked at the brain tissue of the mice, they saw evidence of a BBB breach – blood proteins including albumin had leaked into the brain.

The most dramatic results came from memory tests. Untreated year-old mice did poorly on three tests: learning a maze, remembering a fearful place and remembering a new object. But the ultrasound-treated mice performed as well as disease-free mice.

They were also astonished to see that in three quarters of the treated mice, brain amyloid clumps had been completely cleared away. They were visible inside the bellies of cells known as microglia – scavenger cells that break down waste in the brain. “Everywhere we looked, we saw cells swollen with amyloid,” says Götz. Reassuringly, the mice showed no long-term damage to the brain tissue.

The researchers are not really sure why the microglia suddenly developed a ravenous appetite for amyloid. Did the foreign albumin proteins rouse them into action? Indeed they found that in the culture dish, microglia exposed to albumin proteins became hyperactive. Another possibility favoured by neurologist Michal Schwarz at the Weizmann Institute in Israel is that breaching the BBB lets in blood-borne immune cells – cells that can stimulate the activity of brain microglia according to her studies. Yet another possibility is that the ultrasound physically disrupted the amyloid clumps, spurring the microglia activity, Masters suggests.

While Götz and Leinenga have yet to nail down the mechanism, they undoubtedly demonstrated that clearing amyloid cured the mice, raising new hope for the baptists. Indeed at the same conference where Götz took shelter in Nice, France, scientists from the company Biogen announced that a new type of antibody, isolated from the blood of healthy elderly people, has shown exceptional promise in an early clinical Alzheimer’s trial.

Götz suggests his ultrasound treatment could be combined with antibody therapy, helping antibodies to cross the BBB into the brain to clear away the protein clumps.

Could the ultrasound trick be repeated in people? Mouse brains are not only much smaller than the human brain (and easier to penetrate with ultrasound), their amyloid clumps are much softer.

If the technique does work in people, getting ultrasound therapy into the clinic should be fast and cheap, certainly compared to new drug development, Götz says. And that’s one thing everyone agrees on: “If it works in people, it will be great,” Masters says.