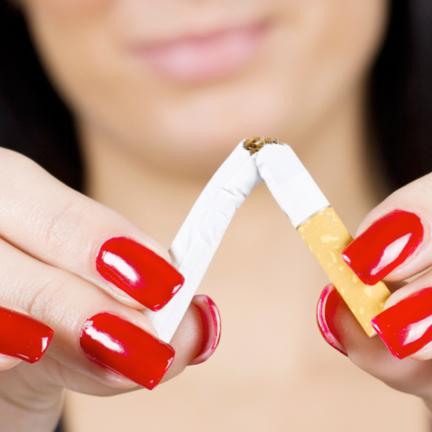 The world’s longest-lived person, Jeanne Louise Calment, smoked until she was 117 and never got lung cancer. Was she just lucky? In a way, very lucky. She was fortunate enough to inherit a great set of genes – and very likely among them, a good copy of a gene called BRCA2. A study published in Nature Genetics in June shows that a variant of this gene can nearly double the risk of lung cancer in smokers.

Richard Houlston at the UK Institute of Cancer Research led the team that fingered BRCA2 as a lung cancer suspect. They spotted the link after comparing the DNA of 11,348 Europeans with lung cancer and 15,861 who were cancer-free, looking for inherited “misspellings” that affected the risk of developing the disease.

A previous analysis had not been very fruitful; it showed that lung cancer patients tended to carry a misspelling in the gene through which the body responded to nicotine. In other words, those with lung cancer tend to carry a gene that increased their risk for addiction to cigarettes. But the finding shed no light on why certain smokers are more susceptible to cancer per se.

So Houlston’s group began analysing more refined DNA sequence data available on individuals. Using these data, which provided more detail and therefore more insight into how a DNA sequence should be written, his team could discern where other faults or “misspellings” might occur. This technique helped them unearth a very strong new link between a common form of lung cancer, called squamous cell carcinoma, and a misspelling in the BRCA2 gene.

For a smoker unlucky enough to carry the misspelling … that significantly
raises their lifetime risk of lung cancer from about 15% to 25%.

That’s a surprise. BRCA2 stands for Breast Cancer 2, and the gene is usually associated with hereditary breast cancer. A misspelling in the gene can increase a woman’s risk five- to tenfold.

But not all DNA changes are equal. The BRCA2 misspelling associated with hereditary breast cancer does not greatly increase the risk of lung cancer. But the spelling mistake in BRCA2 identified by Houlston, “BRCA2 c.9976T”, appears to have a greater effect on lung cancer than on breast cancer. A study published in Nature Genetics in April last year by an international consortium (iCOGs) found the 9976T misspelling increased the risk of breast cancer by 1.27 times.

The finding underscores how a different misspelling in the same gene can have very different consequences. “It is the bug bear of genomics,” says Neil Watkins, a lung cancer specialist at the Garvan Institute in Sydney, referring to the difficulties in trying to interpret subtle changes in a patient’s DNA.

For a smoker unlucky enough to carry the 9976T misspelling – it’s present in 2% of the population – that significantly raises their lifetime risk of lung cancer from about 15% to 25%. “Our results show that some smokers with BRCA2 mutations are at an enormous risk of lung cancer,” says Houlston. It’s possible the misspelling is also linked to lung cancer in non-smokers, he adds, but there weren’t enough non-smokers in the group he tested to be certain.

Perhaps a positive gene test for BRCA2 c.9976T would be enough to stop a smoker in their tracks. But, warns Watkins, “a negative test certainly does not mean you can keep smoking.” In terms of overall public health, Watkins thinks the finding is unlikely to have a major impact. Partly that’s because the misspelling is quite uncommon. Largely, it’s because we still understand very little about the genetic contribution to lung cancer and why, for instance, Jeanne Louis Calment was so bullet-proof.

Watkins’ advice? “If you want to cut your risk of lung cancer, you need to tackle the big three: you need to stop smoking, lose weight, and cut down on alcohol. Then think about your genome.”