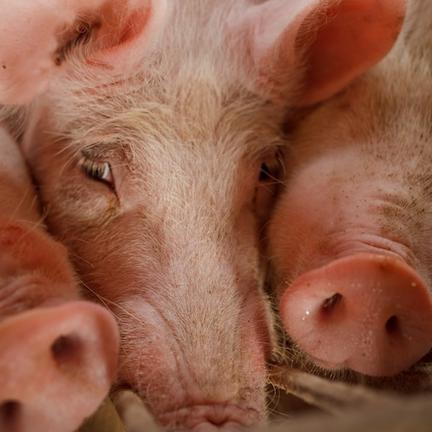 Animal-to-human organ transplants have taken a step closer to reality, after hearts from genetically modified pigs implanted in immune-suppressed baboons were kept alive for a record 2.5 years.

The pigs' hearts did not replace the baboons' but were connected to the circulatory system via two blood vessels.

"Xenotransplants – organ transplants between different species – could potentially save thousands of lives each year that are lost due to a shortage of human organs for transplantation," study co-author Muhammad Mohiuddin of the National Heart, Lung and Blood Institute in Maryland told reporters.

The key to the success appears to be the combination of gene modification and targeted immune-suppressing drugs.

The hearts beat like normal hearts for 945 days, breaking the previous record of up to 500 days.

Scientists have experimented with animal organ transplantation since the 1960s as a way around the shortage of human donors.

They initially used primates because of their genetic proximity to humans, but the practice raised several problems.

First, primates grow more slowly, are more expensive, are not widely bred in captivity, and their use raises ethical questions.

Second, the genetic similarity that makes them attractive also makes it easier for diseases to be transferred between the species.

Pigs, on the other hand, are widely farmed while having hearts anatomically similar to our own.

The next big test will be full pig-to-baboon heart transplants but humans could be in line after that.

"In our opinion, this regimen appears potentially safe for human application for patients suffering from end-stage organ failure who might be candidates for initial trials of xenotransplantation," wrote the researchers.