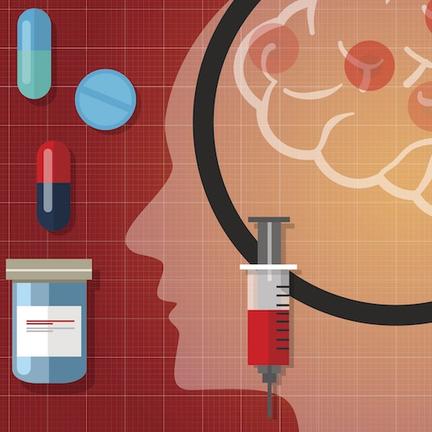 The next big thing in Parkinson’s therapy could be … nothing. Italian scientists have shown it’s possible to train the nerves of patient brains to respond to a placebo, which could reduce the amount of medication patients need to keep symptoms at bay.

For four days, patients were either injected with saline solution – a placebo – or apomorphine, a common Parkinson’s drug that activates dopamine receptors and increases nerve activity in the thalamus.

The researchers then implanted electrodes in the patients’ brains.

After a final injection with a placebo, the scientists analysed the nerve response in the thalamus and the muscle rigidity in the subjects’ arms.

The placebo alone didn’t induce a response. When given before any apomorphine injection the thalamus was no more active and muscles were just as rigid as a subject that had received no treatment.

But if at least one injection of apomorphine was given before the placebo, nerves in the thalamus were more active and patients had reduced muscle rigidity.

When the placebo was injected after four previous administrations of apomorphine, the patient’s response was even as large as the effect of the drug itself.

This change lasted for 24 hours.

Parkinson’s sufferers rely on taking a constant cocktail of drugs to keep tremors, rigid muscles and other symptoms at bay. But after years of taking the medication, the drugs’ effectiveness start to wear off between doses.

The current study indicates doctors could incorporate placebos into the drug regimen to keep drugs effective for longer. Switching between injections of drug and placebo could give patients the same clinical benefit with less medication, the authors say.

“These findings may have profound implications and applications, because we can reduce drug intake by exploiting these learning mechanisms,” said study author Fabrizio Benedetti.

“A future challenge will be to see whether this effect can be extended beyond 24 hours.”

It is unclear exactly how the effect may work. Christopher Goetz, a neurologist at Rush University Medical Center in Chicago, told Nature that he believed it may be purely a “Pavlovian response”, with patients conditioned through experience to associate injections with symptom relief.

Tor Wager, a neuroscientist at the University of Colorado Boulder, who has studied placebo effects in pain relief, found the results of the Italian study “compelling”, Nature reported.

He said it suggested that learned associations might work together with positive expectations to cause changes in the brain.

The study was published in The Journal of Physiology.