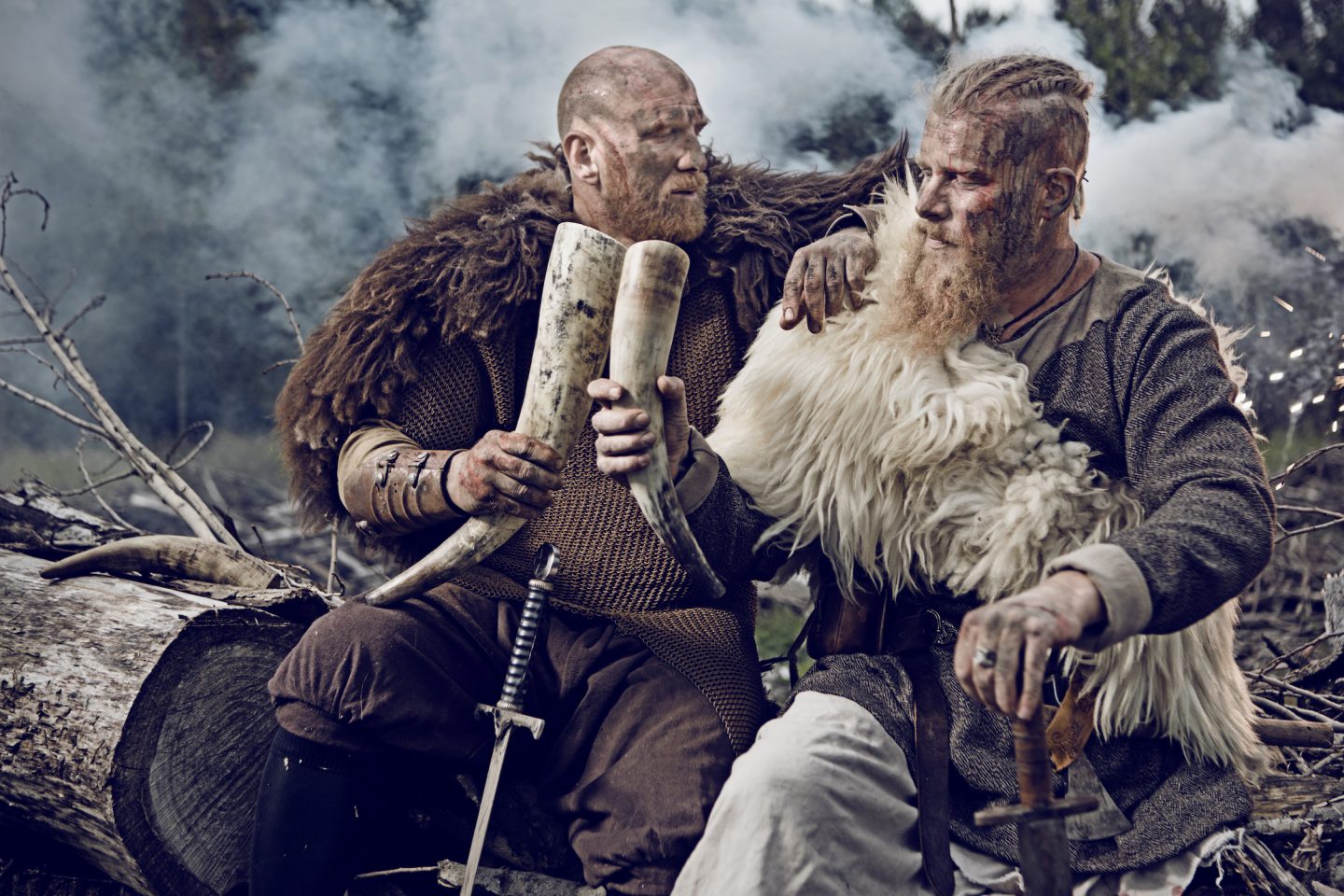 Aurochs, the huge, horned ancestors of modern cows, roamed Europe, Asia and North Africa for millennia before being driven to extinction – but a study of Scandinavian drinking vessels shows that they were not all what they seemed.

The aurochs (Bos primigenius) was clearly a fearsome, if herbivorous, beast. Its depiction in cave paintings dating back at least 17,000 years, such as those at Lascaux in France, reveal it as not only an obvious source of meat and pelt, but also as a challenge to the bravest of hunters.

Its combination of size and ferocity probably also explains why its horns were made into drinking vessels by the Vikings of Scandinavia – a practice that dates at least to the Iron Age.

Many of these vessels – sometimes extravagantly decorated – survive. This fact recently prompted a team of researchers led by Maiken Hemme Bro-Jørgensen from the Natural History Museum of Denmark in Copenhagen to discover whether their origin actually matched their myth.

Researchers generally agree that modern cattle (Bos taurus) resulted from the domestication of the aurochs, although there is debate about whether this occurred initially in southwest Asia or Europe. There are also suggestions that an initial Asian domestication event may have been further fuelled by hybridisation with European aurochs.

On one matter, however, there is a consensus. The European aurochs – after centuries of living alongside modern-day cattle – went extinct in the early seventeenth century. The last bull died in 1620, and the last cow seven years later.

Thanks to the work of Bro-Jørgensen and colleagues, however, now even that certainty is dashed. The last aurochs bull, their research shows, was not a pure-breed.

To make this finding, the researchers took samples from the horn of the bull, held in Stockholm’s Royal Armoury, plus others from five Medieval Scandinavian drinking horns that experts had previously attributed to aurochs based on their size.

They then generated near-complete mitochondrial DNA genomes from each. These were then compared to the aurochs “haplotype” – the reference DNA for the species, which was derived from a 6750 year-old bone unearthed in Britain.

The results revealed that only three of the drinking horns actually derived from aurochs, and the other two came from modern cattle.

The horn of the last aurochs bull – famously sourced from an animal that lived in the Jaktorów forest in Poland – turned out to be a mixture of aurochs and cow genetic material.

In a paper published in the Journal of Archaeological Science, the scientists call the discovery “intriguing” and suggest three possible explanations.

The horn might not actually come from an auroch, they say, or the Jaktorów forest herd might not have been aurochs but modern cattle. However, they discount both possibilities as unlikely, citing numerous documentary accounts describing the animals during the four centuries prior to their disappearance.

The third explanation, they conclude, is thus the most likely: “the final aurochs population was admixed with domestic cattle.”

The purity attributed to the lineage of the last aurochs bull, they conclude, was thus not an untruth, but an honest error.

“We find it unlikely that the population should have consisted of entirely feral cattle,” they write.

“Instead it is far more likely that a few cattle became mixed into the last aurochs populations, not causing a massive sudden change of the overall morphological picture of the populations.

“In that case, the managed populations would still be regarded as and referred to as ‘aurochs’ in the reports, despite the fact that they might have become increasingly more mixed up with domestic cattle.”