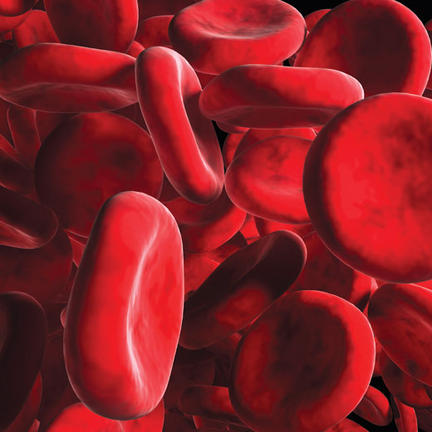 You have a one-in-three chance of needing a blood transfusion at some point in your life. But not all blood types mix and transfusing the wrong blood type into a patient can trigger a potentially fatal immune response. Now, researchers in Canada are closing in on a way to make universal blood that could be transfused into anyone.

The technique uses enzymes to snip away the molecular flags on red blood cells by which your immune system recognises them as foreign.

Biochemist Stephen Withers and his team at the University of British Columbia published their findings in the Journal of the American Chemical Society and they have been received with interest.

“It’s a remarkable feat to engineer an enzyme with such efficiency and selectivity,” says Henrik Clausen, enzymologist at the University of Copenhagen.

In the early 1900s, Austrian physicist Karl Landsteiner discovered blood comes in four different types – A, B, AB and O. Each type corresponds to particular sugar chain “antigens” on a red blood cell’s surface. These antigens are responsible for triggering the immune response. Inject an A-type person with B-type blood, for example, and antibodies in their bloodstream would recognise the transfused cells as foreign, kick-starting an immune cascade that causes the blood to clot.

The exception is O-type blood. These cells carry a shortened version of the A- and B-antigen that does not alert the immune system and so can be given to almost anyone. But this also means it is most in demand and so is generally in short supply.

“O-negative is the blood type most challenging to manage given the low percentage of people who have it,” says David Irving, head of research and development at the Australian Red Cross Blood Service. Only 9% of the Australian population is O-negative (the “negative” referring to the fact these people’s blood cells also lack another troublesome antigen, the rhesus factor).

Only a milligram per bag of blood would be needed to convert all red blood cells to the ABO-antigen-free form.

So a universal donor blood would do much to alleviate supply problems and the Withers team appears to have made a significant stride towards the goal.

Since the 1980s researchers have tried to develop enzymes that remove antigens from the cells, but have made little headway. Part of the problem is that A- and B-type antigens come in several different sub-types, some of which can be altered more easily than others.

To solve the problem, Withers turned to an unusual source – an enzyme from the bacterium responsible for pneumococcal disease, Streptococcus pneumoniae. The enzyme, called EABase, naturally chops up sugar chains while the bacteria digest food. In the lab, it managed to chop the B-antigens off red blood cells, but only one of the four A-antigen chain types.

The team made random mutations to the enzyme’s antigen-snipping machinery then tested its performance. After each round of mutation they would identify the best enzyme then mutate it once again, gradually improving its performance.

After five rounds of this, and having tested more than 3,000 mutants, they came across an enzyme that was 170 times more efficient at sugar snipping than the original. The star enzyme, called Sp3GH98, could also chop the elusive type-2 antigen which makes up 80% of the blood group A population. Withers says he was “not really surprised as we had seen large increases with other enzymes. But we were certainly pleased”.

Withers is optimistic that once the enzyme is optimised, only a milligram per bag of blood would be needed to convert all red blood cells to the ABO-antigen-free form. One option could be to coat the inside of blood bags with it.

But before that, it needs to be tested. After snipping off the sugar, the enzyme leaves a stump that’s similar – but not identical – to that found in the currently universal O-type blood. And It’s not clear whether the body will develop an immune response to this new “universal” blood type.

Withers says he does not anticipate an immune response, but Clausen, a veteran of similar research, is not so sure. He believes that the exposed sugar stumps could still potentially trigger an adverse reaction and that the blood may require further processing. Nevertheless, there are other enzymes that should be able to cap the chopped stump and render red cells invisible he says. “Anything is possible.”

While blood donors of all types will be needed for the foreseeable future, blood banks are following the research with interest. “Having a process to make any blood type universal would be remarkable,” says Irving.