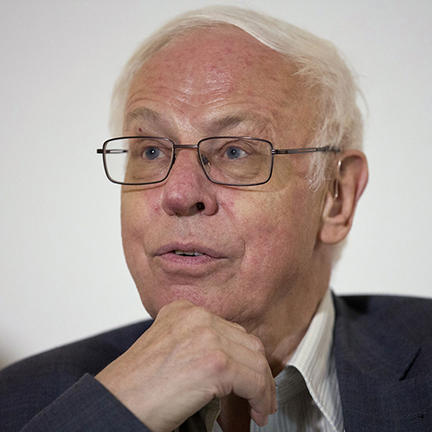 Your DNA is under constant attack. Ultra-violet light, tobacco smoke – even everyday cell replication – can dent our genetic code. Fortunately, our cells have a molecular toolkit to patch up the damage. Unravelling how these tools work has revolutionised cancer treatment, and netted three molecular biologists – Tomas Lindahl, Paul Modrich and Aziz Sancar – a share in this year’s Nobel Prize in chemistry.

The story begins after Francis Crick, James Watson and Maurice Wilkins won the 1962 Nobel prize in physiology or medicine for deciphering the structure of the DNA double helix: two matching strands of genetic code, paired up to form a spiralling ladder. Each rung of this ladder was made from paired chemicals called nucleotide bases, known by their initials: A, T, C and G. Watson and Crick explained how the four nucleotide bases in DNA usually pair up: A pairs with T, and C with G. This “base pairing” holds each rung of the ladder in place.

Early researchers assumed the DNA molecule was stable. After all, life would not have prospered if the repository of the genetic code was easily damaged.

But Lindahl had his doubts. As a postdoc at Princeton University, New Jersey, he discovered that DNA’s close cousin, RNA, degraded quickly. So in 1972 he tested DNA by placing some strands in a test tube filled with a solution that recreated conditions inside a cell. Sure enough, the DNA began to disintegrate.

Lindahl guessed something must repair the disintegrating DNA in our cells. Initially working with simple bacteria, over the next few decades he identified a crew of enzymes dedicated to this task. He discovered that some enzymes cut out damaged sections of DNA, while others fill the gaps with the correct genetic code. By the 1990s, he had identified the equivalent crew of enzymes inside human cells and, in a test tube, was able to demonstrate this entire process of human DNA repair.

Meanwhile Modrich, then working at the Duke University School of Medicine in North Carolina, examined another way DNA is jeopardised. He investigated how the errors that get introduced into the genetic code whenever a cell divides are corrected.

Before a cell divides and replicates itself, it copies its DNA so it can supply genetic material to the new cell. The two strands of the double helix unzip, each half acting as a template for enzymes to create a complementary new strand, so that one double helix becomes two. But the more times DNA is copied, the greater the chance a mistake will be made by adding, deleting or replacing a nucleotide. It is estimated that one mistake is made for every 100,000 nucleotides copied by our cells. The genome in each human cell contains three billion nucleotides, which means 30,000 mistakes are made each time a cell divides – and nearly two trillion cells divide in the body each day.

Like Lindahl, Modrich began by investigating bacterial enzymes. He found the fixer enzymes responsible for correcting the errors – they trundle along the double DNA strand looking for mismatches, flag any problems they find and call in other enzymes to fix the damage.

Lindahl and Modrich explained how cells repair damage done by ordinary DNA decay or during cell replication. But your DNA also takes a lot of knocks from the environment around you – from passive exposure to tobacco smoke and other pollutants you might breathe in, to the ultraviolet rays that pelt your skin on a bright sunny day. When UV strikes your DNA, this jolt of energy can cause neighbouring nucleotides to chemically fuse together, locking up this section of genetic code so it can no longer be read.

While working as a physician in the Turkish countryside in the early 1970s, Sancar was pondering a phenomenon US microbiologist Albert Kelner had discovered in the 1940s: when bacteria are exposed to potentially lethal doses of UV radiation, they can suddenly recover if they are subsequently bathed in blue light. Trading in his stethoscope for a pipette at the University of Dallas, Sancar isolated the gene for the enzyme responsible. Called “photolyase”, when activated by blue light it finds and repairs neighbouring DNA nucleotides that have become fused.

Sancar has since teased out three enzymes that work together to repair DNA damage caused by UV radiation. They track along DNA strands to find patches of UV damage, then cut out the affected sections while other enzymes fill the gap.

This year’s chemistry Nobel laureates have helped make it possible for doctors to diagnose genetic risk factors for cancers that can result from uncorrected DNA mutations. The enzymes BRCA1 and BRCA2, for instance, are expressed in breast and ovarian tissue and are key to repairing DNA in those tissues. If the genes responsible for producing BRCA1 and BRCA2 are mutated, the enzymes don’t work and mistakes go unchecked. A woman with one of these faulty DNA repair enzymes is up to five times as likely to develop breast cancer, and up to 30 times as likely to develop ovarian cancer, compared with a woman with no mutations in these genes.

If you think this year’s Nobel Prize for chemistry seems a lot like biology, you’re not alone. During the first 20 years the prize was awarded, only one was dedicated to biology: the 1915 prize to German chemist Richard Willstätter for his research on plant pigments. But over the past decade, half of the chemistry Nobels have been awarded for discoveries in biological systems.

The trend has some chemists rolling their eyes. “The last decade has been especially unkind to ‘pure’ chemists,” Cornell University chemistry professor Roald Hoffmann wrote in a 2012 editorial in the journal Angewandte Chemie.

So why the shift? Do we know all the “pure” chemistry there is to know?

“No,” says James Whisstock, biochemist and director of Melbourne’s Centre for Advanced Molecular Imaging. “Remember that a protein is still a chemical – even if it’s a very large and organic one.” Besides, he adds: “the nature of science has changed – hugely. We live in a world where collaborations between different scientific disciplines are becoming the norm rather than the exception.”