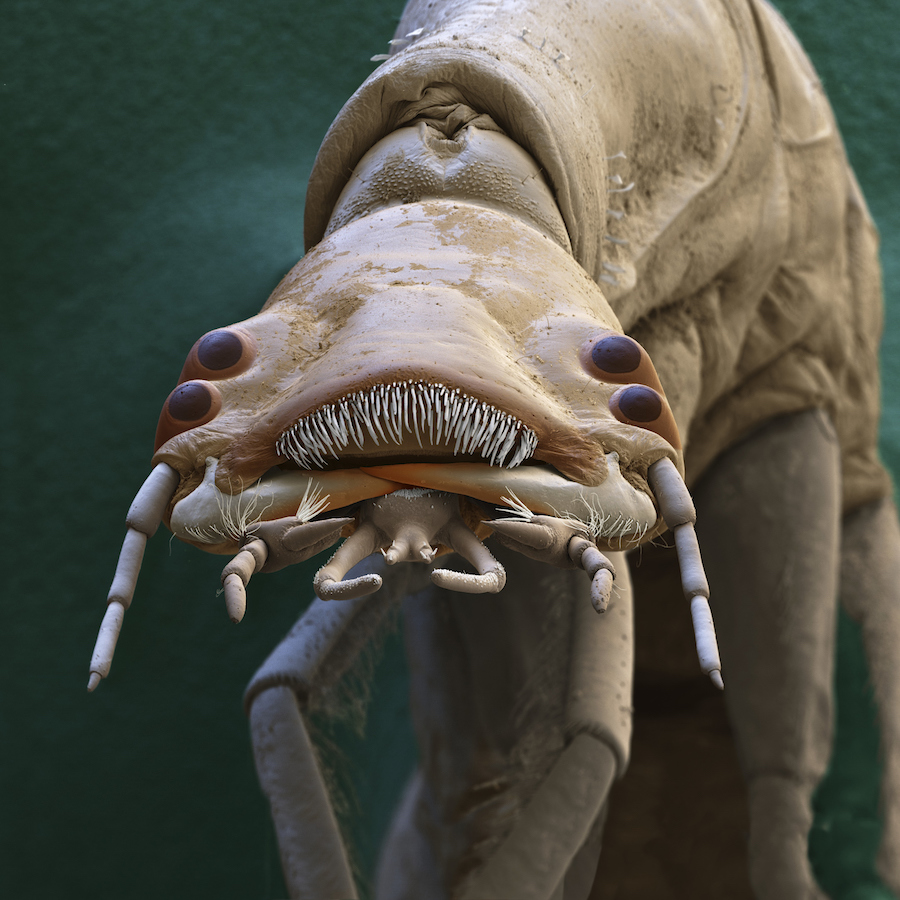 Forget about the bogeyman in the cupboard or the monster under the bed. These creepy crawlies really might be in your house (or nearby, at least), so enjoy these coloured scanning electron micrograph portraits … if you dare.