Home ■ Core Sciences ■ Biology ■ Giants: why we needed them 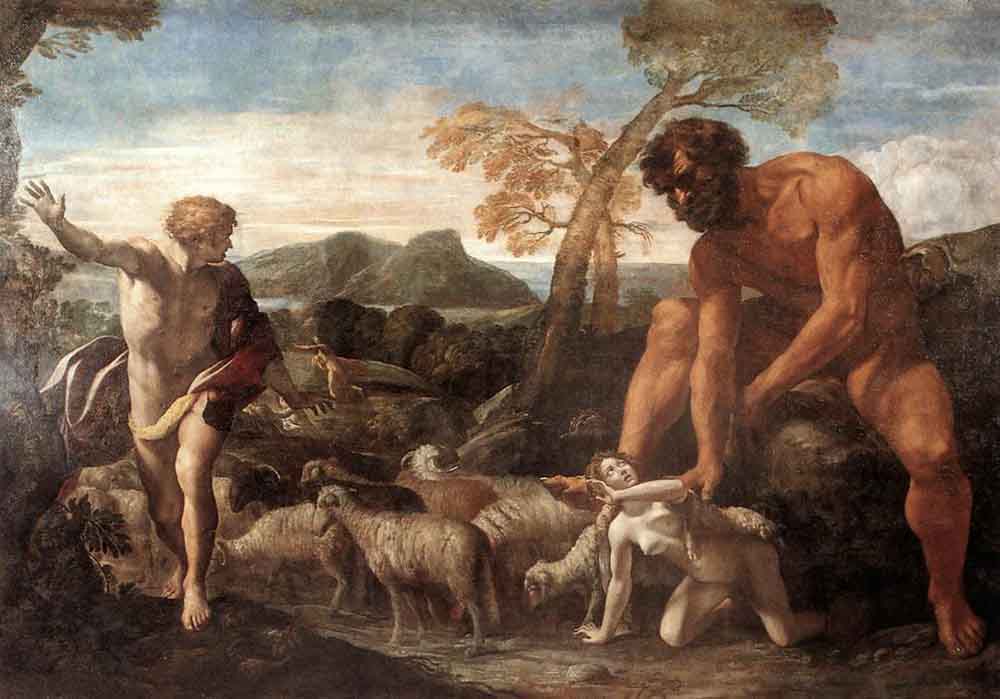 Think of any sizeable water gap. It might be that between you and the island many kilometres off the coast, a place like Kangaroo Island (South Australia) or Sri Lanka as viewed from nearby India.

It might be the gap between Wales and Ireland, or that separating France from England. Were I to tell you that someone once walked across that gap, you might look askance at me, maybe fear for my sanity. But if I insisted, the only way you might rationalise this (or I to you) would be to consider that the someone in question had been a giant.

People did once walk across all these gaps, but at a time when sea level was lower and these gaps were mostly dry land. During the last great ice age, sea level in most parts of the world lay around 120 metres below today’s. Landmasses were larger as a consequence and many that are separate today were joined.

As sea level rose at the end of the last ice age, crossing these gaps became increasingly difficult; the routes taken would have been more circuitous, perhaps possible only through a combination of wading and walking. As sea level continued rising, the gaps eventually became impassable for people on foot – and perhaps eventually too lengthy to readily cross with watercraft – but the memories of when things were otherwise lingered on in the stories of the peoples on either side of the water gap.

Given that these memories were first shaped around 6,000 years ago in most parts of the world, the stories were told only orally. At first, no one would have questioned the authenticity of these stories – there were many people to corroborate their veracity. Yet as time wore on, listeners would inevitably have grown more and more sceptical. So at some point, storytellers decided that to overcome such scepticism, the people who once crossed these gaps would posthumously become long-limbed giants.

In many societies, giants became part of received wisdom. From the coast of Wales west to that of Ireland, it is now at least 73 kilometres and at least 50 metres deep – a distance that would have become impassable on foot at least 9,600 years ago. Yet Welsh stories speak of Brân the Blessed (Bendigaidfran) once walking across this gap to rescue his distressed sister from her abusive husband. How might anyone who did not know about sea-level change be expected to credit such a story – important to Welsh cultural identity – unless Brân had been a giant? So is the story of Brân a distant memory of something that happened more than 9,600 years ago? Perhaps.

In South Australia, there once lived a family of giants who made their home in a succession of volcanic craters. They cooked their food in these craters which have become known as “the ovens of Craitbul”, after one of the giants. Had the craters been smaller, then the family may not have needed to have been giant in order to make the story credible.

The Pacific Islands are the legendary homes of many giants. In some stories, Maui – the great fisher of islands – was a giant but another altogether less benign was Uoke, who travelled around uprooting whole islands with his giant crowbar.

He went along the coast prizing huge chunks off Easter island (a likely memory of island-flank landslips) until his crowbar broke on the hard rocks at Puko Puhipuhi. People reached Easter Island around a millennium ago so the story, which likely came with them from other islands, has survived at least this long.

There are imagined giant worlds like Swift’s Brobdingnag and those from the mind of Roald Dahl but these were never intended to be believed literally. Yet in pre-literate times, some were. Giants shaped the earth, they made people. Giants drank the oceans, they fought in the skies and within the earth, shaking it or causing blood-red rock to spill out of its interior.

The halitotic breath of Enceladus, a giant buried within Mt Etna (Italy), escapes as vapours while its periodic shakings were once taken as him turning to relieve pressure on the wound inflicted by Athena when she buried him beneath Sicily. Such stories were originally intended to be taken literally, to rationalise landscape changes (especially catastrophic ones), to seed human memory and to inform appropriate responses.

We read today stories about giants in myriad contexts – world-creating and world-destroying, good and evil, clumsy and careful – but we have rarely paused to consider why and when people first needed to invent them.