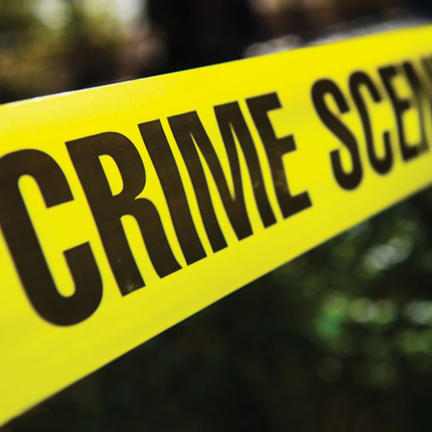 The germs you pick up at a crime scene may one day land you in jail. Microbiologist Jack Gilbert and his team at the Argonne National Laboratory in Chicago have shown that bacteria clinging to the sole of your shoe could be a microscopic smoking gun that tells crime scene investigators where you’ve been. They report their work in Microbiome in May.

“It’s a very interesting field that has significant potential – I can see application in the national security and military space,” director of the University of Technology Sydney Centre for Forensic Science Claude Roux says.

We’ve long known that clues invisible to the naked eye can be used to trace criminals or to place them at a crime scene. These include tiny particles such as powder, dust, pollen or paint that inadvertently stick to a person’s hands or clothes. Then in the 1980s DNA sequencing revolutionised forensic investigation  – the technique has been used to identify criminals and to prove the innocence of the falsely accused.

Tracing criminals through microbes might be the next big thing. The bacteria living on and all around us have their own DNA, which forensic scientists can now read using high-resolution DNA sequencing – a technology Sherlock Holmes never dreamed of.

The microbes in soil samples have already helped forensic investigators match objects such as muddy spades to crime scenes. But what about crimes committed on a soil-free city street or in a building?

Gilbert and his team set out to find whether bacteria found on the soles of a person’s shoes changes with their environment and might be used to trace the wearer’s steps.

Two subjects recruited for the study took swabs of their shoe soles and the ground once an hour over two days as they went about their daily business. The researchers then isolated the microbial DNA from each sample, looking in particular for a gene called 16S. The gene is somewhat like a barcode – all bacteria have this gene but it varies slightly between species. The team scanned these genetic barcodes with high-resolution DNA sequencing to get a census of the different bacterial communities in each sample.

They found the shoes quickly picked up new bacteria and shed old ones. So if a perpetrator were to take off his boots after a murder the microbial DNA on them might link him to the scene. But he’d have to do it quickly ­– Gilbert found the population of bacteria on the sole of a shoe could completely change after an hour. If the murderer went for a long walk along different streets and alleyways there might not be much crime scene bacteria left.

It’s not only the microbes you pick up that could finger you – every hour a person sheds a staggering 15 million microbial cells, mainly bacteria, which settle in their environment. Last year Gilbert’s team showed the bacteria on a person’s skin can link them to an object they’ve touched, such as their mobile phone.

Say a bank account is hacked from a home computer. The fingerprints and DNA of bothe the husband and wife would be smudged all over the keyboard. But the microbes lurking on the keyboard changes with each user – and would give away who used it last. “Microbial forensics has enormous potential – this work is a small window into this,” University of Technology Sydney forensic scientist Peter Gunn says.

Experts say it will be a while before microbial DNA analysis will be robust enough to be used as evidence in court, but they do agree it will be a useful tool to guide intelligence and investigations.

For example while you can easily wipe fingerprints off a door handle, hiding your microbial signature would be “virtually impossible”, Gilbert says. Even a massive dose of antibiotics and showering in disinfectant before the crime would not entirely wipe out your germs. And “when you remove traces, you add new ones”, Roux adds. In other words, if the microbes don’t give you away, traces of your disinfectant might.

Gilbert’s next move is to create a database linking particular microbial signatures to different groups of the population. By sampling large groups of people his team hopes to pin particular skin microbes to diet, race, health or workplaces, giving investigators a rough sketch of their suspect from a swab of their microbial DNA.

He anticipates such a database will also have applications in medicine – such as allowing doctors to predict whether a patient is likely to respond to certain drugs as these are metabolised differently depending on the bacteria in the gut. “It’s a great time to be a microbiologist,” he says.