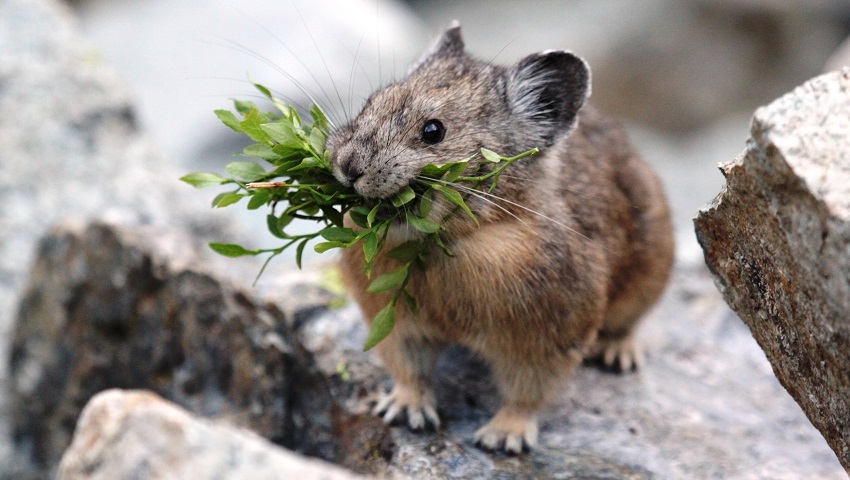 A large-scale analysis of the small bunny-like American pika’s movements has revealed their distribution is ecologically driven, contrary to previous suggestions that it’s genetically determined.

Accurately predicting and managing species’ movements in response to climate change is a complex business, and ever more pressing.

These range shifts are usually poleward or upward, but recently researchers have been reporting other types of movements – including east‐west directions across longitudes or, even more unexpectedly, towards tropical latitudes and lower elevations.

Added to this complexity is variation within a species’ response to climate change, previously attributed to the genetic differences between geographically separated populations.

The American pika (Ochotona princeps) is a small relative of hares and rabbits that lives on rocky or talus slopes in alpine regions of Canada and the US. Like many lagomorphs, pikas are intolerant of high temperatures.

Their distribution thus depends heavily on local habitat characteristics such as shading, availability of cool rock crevices for shelter, and vegetation such as thick damp moss and abundant, quality grasses and herbs for foraging.

To find out whether this influences their range shifts, researchers Adam Smith, from the Missouri Botanical Garden, USA, Eric Beever, Northern Rocky Mountain Science Centre, Montana, and colleagues from multiple institutions throughout North America collaborated to build upon decades of studies on pikas and climate interactions.

The team combined more than 14,500 high quality presence records of pikas with a suite of data to test whether variations in pika distribution most strongly align with ecoregion, genetic lineage, elevation or physiography.

Importantly, the study included data from multiple timescales, with use of areas currently available to pikas, as well as those subject to long-term dynamics (range shifts) available to pikas since the last glaciation.

Using a suite of modelling techniques and the development of a new metric known as ‘coherence’, the team found that variability in the relationship of pika occurrence to climate was best captured by ecoregion – even across long and short timescales.

Therefore, a habitat suitability model that just considers temperature without factoring in geography – places to hide and find food – is not going to cut it when modelling pikas’ response to climate change.

In a related News and Views article, evolutionary biologist Meagan Oldfather writes that it remains to be seen whether they are the exception or the rule for the greater importance of ecoregion.

“[These findings] have significant implications for the site-specific management and restoration needs for species of concern: specifically, a management approach that is successful in one area may be irrelevant, or even disastrous, in another.”

The findings are published in the journal Nature Climate Change.