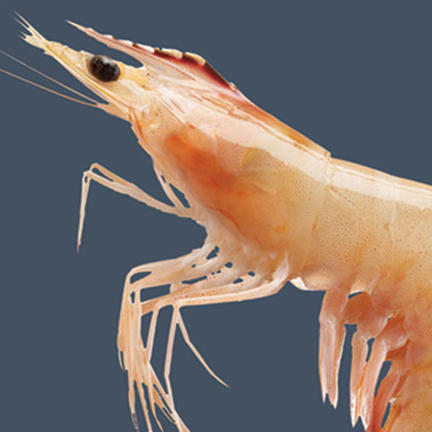 Some research subjects can be very uncooperative. When Tom Cresswell started studying freshwater prawns to assess whether a Papua New Guinea gold mine was having an impact on their aquatic ecosystem downstream, he discovered they had an annoying habit.

“Prawns will eat anything – including each other,” he says. “It’s a pain when you are trying to keep them in tanks!”

But the prawns’ eclectic tastes make them excellent bio-monitors for PNG’s Strickland River. If metals in the gold mine’s wastewater streams were going to be found anywhere in the ecosystem, it was probably inside the prawns.

To study metal uptake by the animals, Cresswell took a nuclear approach. During his PhD research with RMIT University, carried out at CSIRO, he began collaborating with ANSTO. He exposed the prawns – duly segregated to avoid cannibalism – to a gamma-ray-emitting isotope of the metal cadmium, which can be detected using ANSTO’s sensitive instruments.

Traditionally, an animal’s metal levels could only be measured by sacrificing it. By using the cadmium isotope, Cresswell could take a daily measurement of the metal accumulating inside each live prawn, simply by placing each animal on a gamma detector. This way, he could measure how quickly different sources of the metal accumulated inside the prawns, and how quickly they passed out again.

His results showed the prawns accumulate the metal from their diet rather than directly from the water. Once the metal was consumed, it tended to remain in their body – although always at levels below those considered toxic for the prawn, or toxic for humans eating the prawn.

Since joining ANSTO full-time after completing his PhD, Cresswell has expanded his use of nuclear techniques for environmental monitoring.

He’s using a similar radioisotope approach to examine how metals and nanoparticles spread through other aquatic ecosystems. And he’s expanded his prawn research, using “autoradiography” to look right inside the animals. Like exposing a film negative, it reveals where the metal has gone, which gives you information on what toxic effect it will have on the animal.

“In research, you’ve got to pick something very small and be very focused on it, but in my mind it’s always to answer the question, how do we protect aquatic ecosystems as a whole?” Cresswell adds. “If we’ve got a
better understanding for how these contaminants behave inside the animal, we know what impact we as humans are having on this aquatic environment and how can we lessen it.”