Home ■ Nature ■ Animals ■ For some bees, the dancing may as well stop 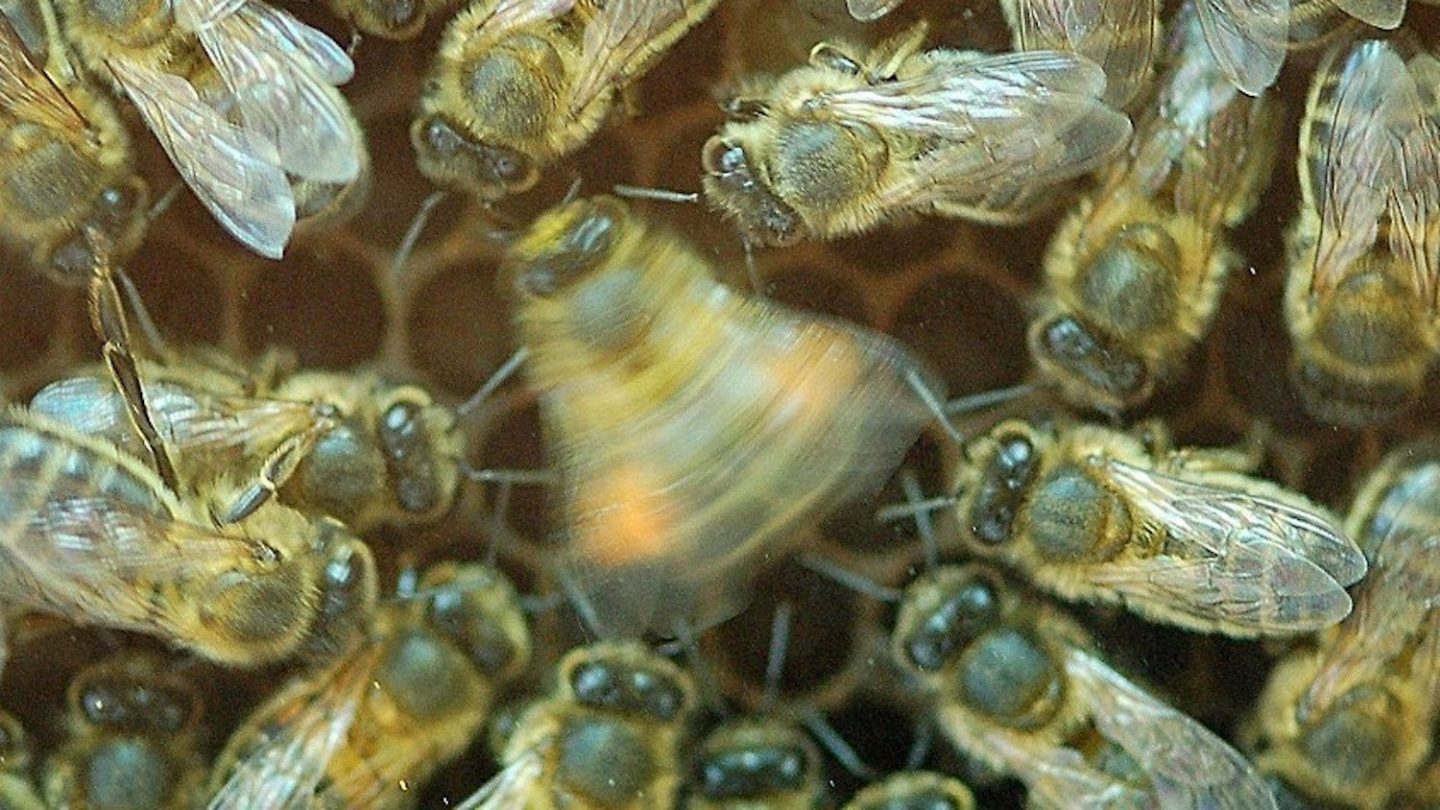 For many colonies of honeybees, dancing has become a waste of time. That’s the rather sad news delivered by researchers led by Christoph Grüter, a behavioural ecologist at Johannes Gutenberg University Mainz, Germany.

It has long been known that foragers from several species of communal honey bees communicate the location of food sources to other colony members by doing a “waggle dance” – a complex bit of choreography that can last up to five minutes.

Experiments conducted by the German team, however, found that in many cases waggle dances were of little use, or interest, to bees in hives. And, indeed, in hives where foragers were prevented from communication through dance, honey production rose by almost a third.

To make their findings, Grüter and colleagues found various ways to frustrate and hinder waggle dancing. These included changing the position of hives, or rotating them horizontally through 90-degrees, or preventing sunlight hitting them – all guaranteed to stop bees orientating themselves to direction and gravity, thus rendering the information conveyed through dancing meaningless.

Dancing bees, the scientists explain, are generally older than their nest mates. They are graduates of domestic scut-work. They no longer have in-hive duties but instead are free to roam and search for food sources.

Because of their age, they are generally in the last 18 days of their lives. Grüter’s team, therefore, also confounded bee information systems by simply preventing the foragers from returning for a couple of weeks. (Keeping them away from the hive for just a single week, they point out, would have been useless. Previous research has shown that mature honey bees can remember the location of food sources for up to 10 days.)

The results of the experiments came as a surprise. “We were expecting to confirm that dance language was important, but our results were the exact opposite,” says co-author Robbie l’Anson Price.

In the hives where waggle dancing was disrupted, honey production increased by up to 29%. One of the reasons, I’Anson Price suggests, is the short attention spans of the insect audience members.

“I suspect that the bees probably lose interest when confronted with a disoriented dance, and they go out to search for food on their own initiative,” he says.

Another possible factor, the researchers say, is human-induced change to many landscapes. If there is a single large tree full of blossom, they say, then it is probably worth the collective while of the hive bees to learn its location from a waggle-dancer.

If, on the other hand, the landscape is a more urban one, wherein small numbers of flowers are scattered about in a built environment, the bees are probably better off just heading out and searching by themselves.

“In our opinion, the behaviour we observed can be primarily explained in terms of how much time the bees save,” says Grüter.

The results, write the authors in the journal Science Advances, “raise the possibility that humans have created environments to which the waggle dance language is not well adapted”.