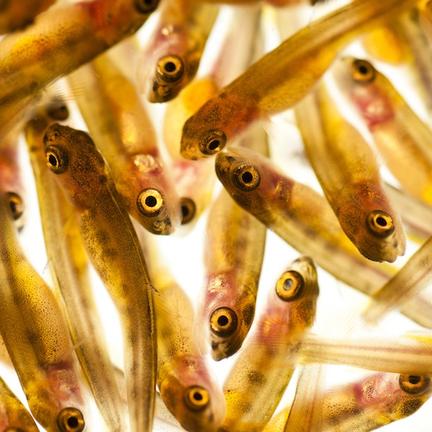 Domesticating animals does not always mean we enhance their survival skills – just think of the Chihuahua – but that is exactly what is happening to steelhead trout domesticated in hatcheries, according to a new study.

Fish reared in captivity adapt quickly. Compared to their counterparts from the wild, for example, first-generation hatchery fish can reproduce nearly twice as well in the new environment.

And Oregon State University scientists have found the reason – hundreds of genes change gear and are passed down to offspring, letting hatchery fish evolve and adapt to the cramped conditions – all within a single generation.

But does hatchery-breeding change the genetic blueprint? The US scientists addressed that question by analysing the genome of the steelhead trout Oncorhynchus mykiss.

The team collected offspring of wild steelhead trout and offspring of first-generation hatchery fish, and reared them in the same environment.

They measured gene activity in the two groups of fish and found 723 genes that “read” differently, indicating that hatchery fish genetically adapt to their new environment and that these changes are passed down to the offspring.

But where the authors expected some genetics changes in the hatchery fish, the sheer number of changes surprised them.

“It is remarkable that a single generation of domestication can translate into heritable differences in expression at hundreds of genes,” the authors wrote.

So why the ramped-up evolution?

The steelhead trout is well-known for its aggressive tendencies, especially when forced together with other fish at high densities.

And hatchery living conditions – “a concrete box with 50,000 other fish all crowded together and fed pellet food”, as Blouin describes it – cause more than just a few disputes, resulting in more injuries than to the fish inhabiting open streams.

Sure enough, the 723 genes found in this study included genes involved in wound healing responses, immunity and metabolism. The next step, the authors say, is understanding exactly how the genetic changes make hatchery fish different.

One day, the team hopes, this research will let breeders raise domesticated fish a little more like their wild cousins.

The study was published in Nature Communications.